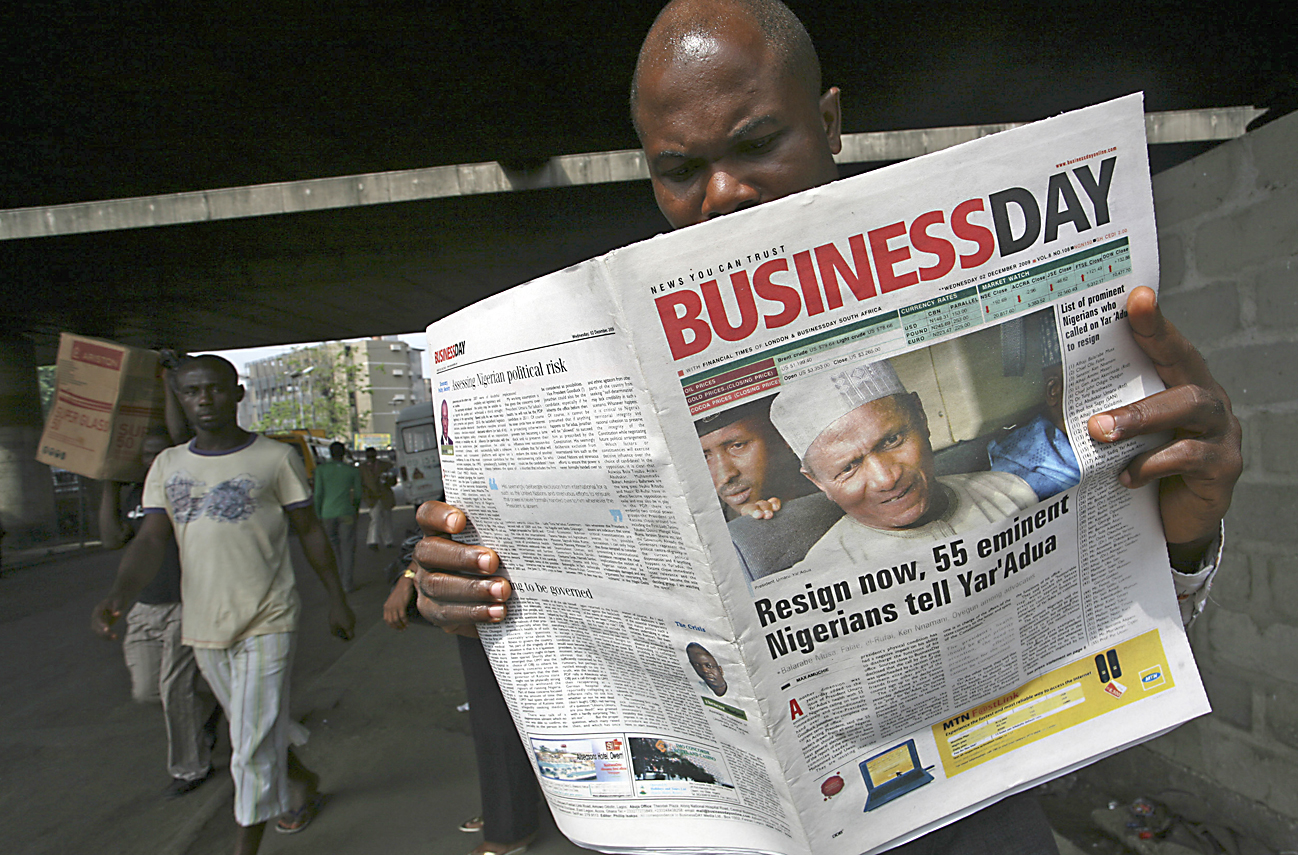 Nigeria’s media have waded into the row over ailing President Umaru Yar’Adua, who won’t formally hand over power to his deputy Goodluck Jonathan while he recovers in a Saudi Arabian hospital after being treated for heart problems. The issue has split the country’s cabinet and senate, and has seen people take to the streets in Lagos and the capital, Abuja. Various lawsuits have challenged Yar’Adua’s ability to rule from afar. Now, owners of nearly 20 newspapers and media organisations say he must transfer power within seven days or face impeachment. But in the latest ruling over this issue, a federal high court says there’s no constitutional requirement for an interim leader to be appointed.

In a much-anticipated decision, more wheels turned and a little more justice ground out, as the International Criminal Court scotched a ruling that there’s not enough proof to charge Sudanese President Omar al-Bashir with genocide in Darfur. UN figures estimate some 300,000 people have died in seven years of violence, and last year the ICC issued an arrest warrant against Bashir for war crimes and seven counts of crimes against humanity. But nothing happens quickly, and the pre-trial court in The Hague now has to rule on whether to add three counts of genocide. The ICC can’t enforce its decision and relies on countries that have signed up to the court to make arrests. That’s causing problems in Africa, as the African Union voted not to cooperate with Bashir’s indictment, despite some 30 member states, including South Africa, being ICC signatories.

Angola has oil and gas, and it has got diamonds, gold and other things. Now it’s looking for a partner in a $6 billion iron ore and manganese project. Terms of the proposed public-private partnership still have to be hammered out, but it will be led by state company Ferrangol to create some 10,000 jobs and help the nation rebuild after a 26-year civil war. Construction start is still some three years away, and initial production five years after that. But don’t be in too much of a hurry, this process has been going on almost as long as it will take to mine, with BHP Billiton, Bateman Engineering and miners from Brazil, the US and India having long ago lined up as potential partners. And the price has since doubled.

Police in Rwanda have arrested five men for an attack on a potential presidential candidate who heads the yet-to-be-registered United Democratic Forces. Victoire Ingabire wants to run in the August election after an absence from the country of 16 years, since the genocide in 1994 killed nearly a million people. Those in the know say incumbent President Paul Kagame will almost certainly win. Ingabire, a Hutu, has stirred a hornet’s nest by invoking the memory of ethnic Hutus killed in the slaughter, saying the Rwandan government is now dominated by an elite group of Tutsis. The Tutsis took the brunt of the killings under a Hutu government at the time, so talking about ethnicity in Rwanda is not a clever idea.

Ivory Coast continues to play with fire in election games

Ivory Coast’s long-delayed presidential election, proposed after the country split into a largely Muslim north and Christian south following a brief civil war in 2002 and 2003, has now been extended until mid-February. This makes it unlikely that a poll will be held in March, an ever-moving date informally agreed on by all parties the last time they got around to talking. There’s lots of divisions over voter eligibility. The nation once stopped a former prime minister, Alassane Ouattara, from standing in presidential elections because both his parents were said to be foreigners. That decision was later rescinded. But a long history of movement of people from neighbouring Liberia, Ghana, Guinea, Mali and Burkina Faso makes the Ivorians a pretty mixed and fractious bunch anyway. As to a date when the election will take place? Apparently, the “political class” and “civil society” want more time to clear up questions over the election lists, according to an official statement. Such divisive and archaic language can be summed up in a word: “fudgedaboutit”.