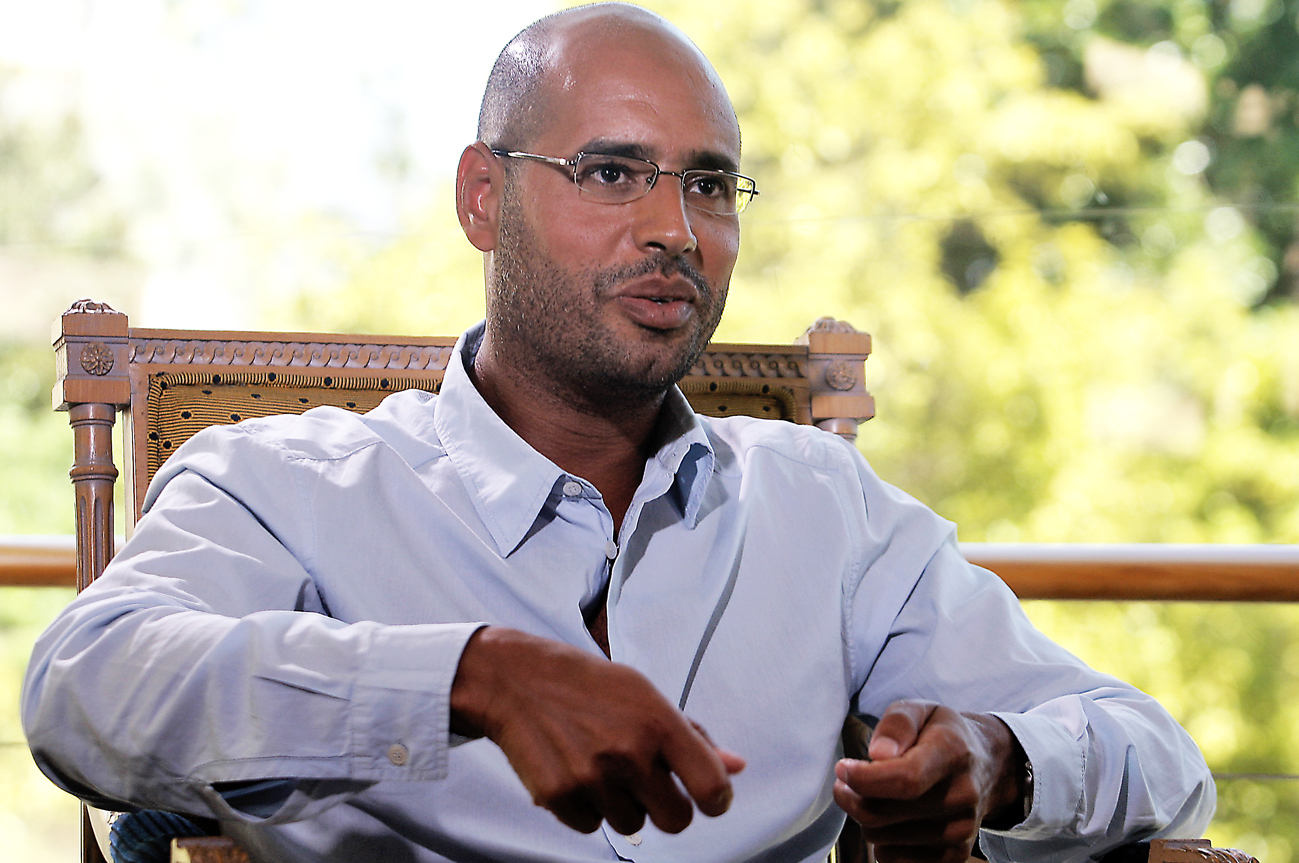 Just as Libya emerges from years of political isolation over sponsoring terrorism and attempting to make weapons of mass destruction, powerful people in the old regime seem intent on ensuring that Muammar Gaddafi’s pro-Western son Saif al-Islam doesn’t get a top government job. Western oil majors have recently invested billions of dollars in the country’s vast oil and gas reserves, needed by Europe to power its economy. But the old guard remains deeply suspicious of foreign trade links and international business dealings, making one wonder what Gaddafi Snr thinks of all this. Gaddafi has named his son –who negotiated an end to international sanctions on Libya – as head of a grouping of business, union and political leaders who represent grass-roots government. They’re seen to have fewer vested interests in the old economy, and that’s where the problem lies. Photo: Reuters.

The Americans will say I told you so. Somali radical Islamist group al-Shabaab now says its fighters are aligned with Al Qaeda and its global campaign of terror. So, the militants can expect a few unmanned drones to come their way. Last year the US launched a helicopter attack in Somalia, killing an alleged Al Qaeda leader linked to al-Shabaab. Meanwhile, in the Somali capital Mogadishu, the group continues to pummel African Union forces, who protect the UN-backed government there – within the few city blocks they control. Al-Shabaab runs most of southern and central Somalia, and recently admitted that it swaps militants with Yemeni-based groups, many of whom are affiliated to Al Qaeda. It’s no surprise then to “officially” hear what the US already knew. Al-Shabaab can now expect far more attention than they’ve had to date.

A Nigerian rights group has asked the International Criminal Court to open an inquiry into the deaths of hundreds of people killed in riots between Muslims and Christians in the central city of Jos last month. Known as Serap, the group says the ICC should step in because those responsible for previous outbreaks of deadly violence in Jos in 2001 and 2008 have never been brought to justice. Serap’s fears of official disinterest come at a time when Nigerian President Umaru Yar’Adua is being treated for heart problems in a Saudi Arabian hospital. His two-month absence has led to fears of a power vacuum in the country of 140 million people, although official lassitude and bureaucratic inertia are common in Nigeria, and are believed to have much to do with the outbreak of deadly violence in the first place.

Al Qaeda’s North African wing is prompting Muslims to fight Christians in Nigeria, posting statements on Islamic websites saying it’ll give them training and weapons to do the job. The two religious groups are split fairly evenly across the north and south of the country, and authorities should be worried about this threat after recent religious clashes in the central Nigerian city of Jos left 400 or so people dead. Such clashes are fairly common in Nigeria, but Western and Nigerian government fears about Al Qaeda’s activities will be heightened by the news, after a Nigerian-born underpants bomber tried to blow up Northwest Flight 253 over Detroit on Christmas Day. The failed bomber got some of his training from Al Qaeda groups in Yemen in the Arabian Gulf, but Al Qaeda has steadily been encroaching across the Maghreb region of the Sahara towards West Africa, where several countries have large Christian and Muslim populations. Nearby Ivory Coast has been split between a Muslim north and Christian south since a brief civil war in 2002, and subsequent instability makes it fertile ground for nasty proselytising. It’s something the West should be very, very worried about.

A day after the rebel Movement for the Emancipation of the Niger Delta (Mend) threatened renewed attacks on foreign oil companies, Royal Dutch Shell shut three flow stations in Nigeria’s primary oil-producing region after sabotage to one of its pipelines. This week, Mend said it was ending the truce it declared in October, after dissatisfaction with progress of a presidential amnesty that got thousands of former fighters to lay down arms in return for education and jobs. Reports say it’s not clear who carried out the attack, as Mend denied direct responsibility in an e-mail to Reuters news agency. But the group, which is split into numerous factions, said it was a response to its call to resume hostilities by one of various freelance rebel groups. Criminal gangs may also be intent on sowing mayhem, after Mend said government wasn’t delivering on promises to share oil wealth in the region, setting the stage for a renewed bout of conflict.