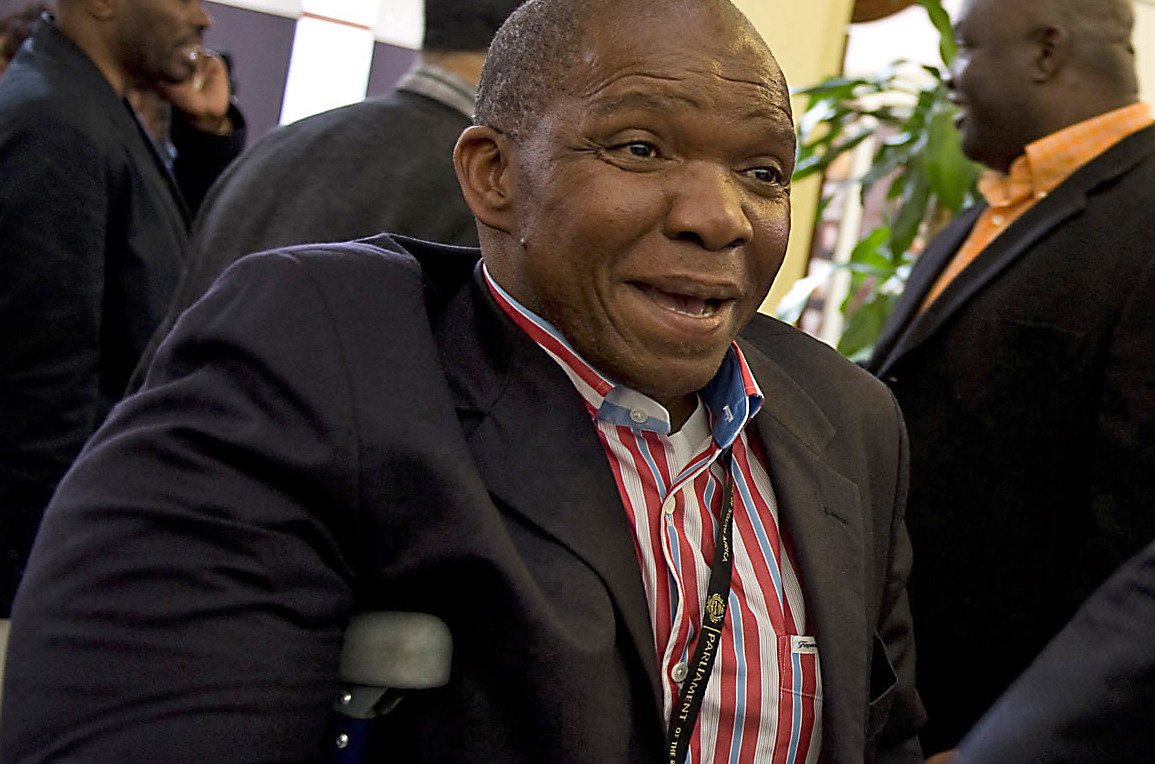 Okay, we’ve all kinda heard of Butana Komphela, the chairman of the parliamentary committee on sport. Almost all of us were at some stage outraged by his nuggets of wisdom. Just a couple of days ago, in his latest rampage, he wanted “The Beast” Mtawarira deported. But under all the buffoonery also lies the ugly spectre of racism.

It’s difficult to think of a weaker politician than Komphela, or of someone who looks more divorced from reality. Julius Malema? Well, at least he is able to make the occasional thing happen. He can go to an angry township, and calm things down. Mangosutho Bhutulezi? He at least can give an eight-hour speech. Anyone from Cope? Hell, at least they can still hold a press conference and get some media attention.

Komphela seemed to be firmly in the Mbeki camp for much of his political career. After Jacob Zuma took over the ANC in Polokwane, his allegiance may have shifted. I have actually seen him speak once in defence of Zuma, at one of those less-than-legendary mini-rallies outside Bloemfontein’s supreme court of appeal. He’s a fiery speaker, very much in the Malema mould. He doesn’t have the same youthful energy, but it’s close. He also doesn’t pull his punches, taking aim at whoever happens to be there. He’s one of those guys that if five people have spoken before, you’ll hear those speeches again while he talks.

There are many who want to insult Komphela. Google his name and you get the Facebook hate groups. He probably doesn’t deserve it, but he also has it coming. Perhaps the real problem with Butana Komphela is that he cannot make anything he wants to happen, actually happen.

“We are going to punish rugby for fielding a foreign national”. Is that really going to happen? Of course not.

Then there’s his choice of phrase. The K-word comes to mind. It’s a word so offensive, so hectic, that there are generations of people who cannot actually say it. But he sings it gaily, when talking about Peter de Villiers.

We also cannot think of anything constructive Komphela has done. Did he intervene properly in the Caster Semenya debate? No. Did he try to hold Leonard Chuene to account? No. What about football, the management of which is perennial front page fodder for most newspapers in this country. Odd. He just keeps quiet there.

But if you really want to know how weak he is, think of this. He wanted to stop the Sringboks from going to the 2007 Rugby World Cup. His problem was with “representivity”. The quote was: “We will try to convince the minister of home affairs to cancel the passports if the team is not representative.”

Apart from being one of the craziest statements ever sent into the Euclidean space, it didn’t, and it couldn’t, work out his way; quite the opposite. The Boks went on to Paris and won the blasted thing he hated so much. And then, just to make sure that everyone saw on TV, Komphela’s then boss, President Mbeki, went along. You may remember the hug he got from John Smit, the way he was held aloft by the team bearing the William Webb Ellis Trophy, surely to Komphela’s complete disgust. And to rub it all in, Mbeki got all his cabinet ministers to wear the green and gold (but not the black and yellow) at their next meeting, which was quite a sight, actually. And a massive public repudiation of anything Komphela had ever said or stood for. It must have been hard for the man. We almost felt sorry for him. Nah, not really.

What seems to elude Komphela completely is that he is not the law. Just because he says something, it doesn’t make it so. In fact, it makes it much less likely ever to happen. He has difficulties comprehending that South Africans have a right to leave the country, to represent the republic or otherwise.

Which brings us to Komphela’s real problem: he simply is a rare example of a black person who is racist against whites. He will deny this, sure, but he is obviously an angry man whose hatred blinds him against his better judgement.

South African politics indeed should have some anger from black people. But it should be channelled into action, not just pure hot anger firing wildly at everyone of a certain skin colour. And in this country, if you want to attack whites, well, rugby is a perfect place to start. Komphela seems to be one of the few ANC politicians prepared to ignore Mandela’s lesson of making everyone feel welcome, of reconciliation, or being a part of the country. Perhaps someone should get Komphela a ticket to “Invictus”!

But his buffoonery isn’t just limited to rugby. Take Caster Semenya. “I’m prepared to lay down my life for this girl”. Really? Maybe someone should remind him Julius Malema had already copyrighted that martyrdom?

For us in the media, we want to know how much power someone has, what influence do they have on events, on policy, on our daily lives, and in this case, on our Saturday afternoons. Bhutana Komphela has  no influence whatsoever. Zip. Nada. Nothing. We cannot think of any threat, any promise, any comment that he has made that has actually come through. But he does make Malema look positively philosophical.

For someone aspiring to being a professional politician, that must really suck. Shame.

Photo of Mr Komphela courtesy of the Mail and Guardian.