What will Obama’s administration do with Haiti?

What will Obama’s administration do with Haiti? 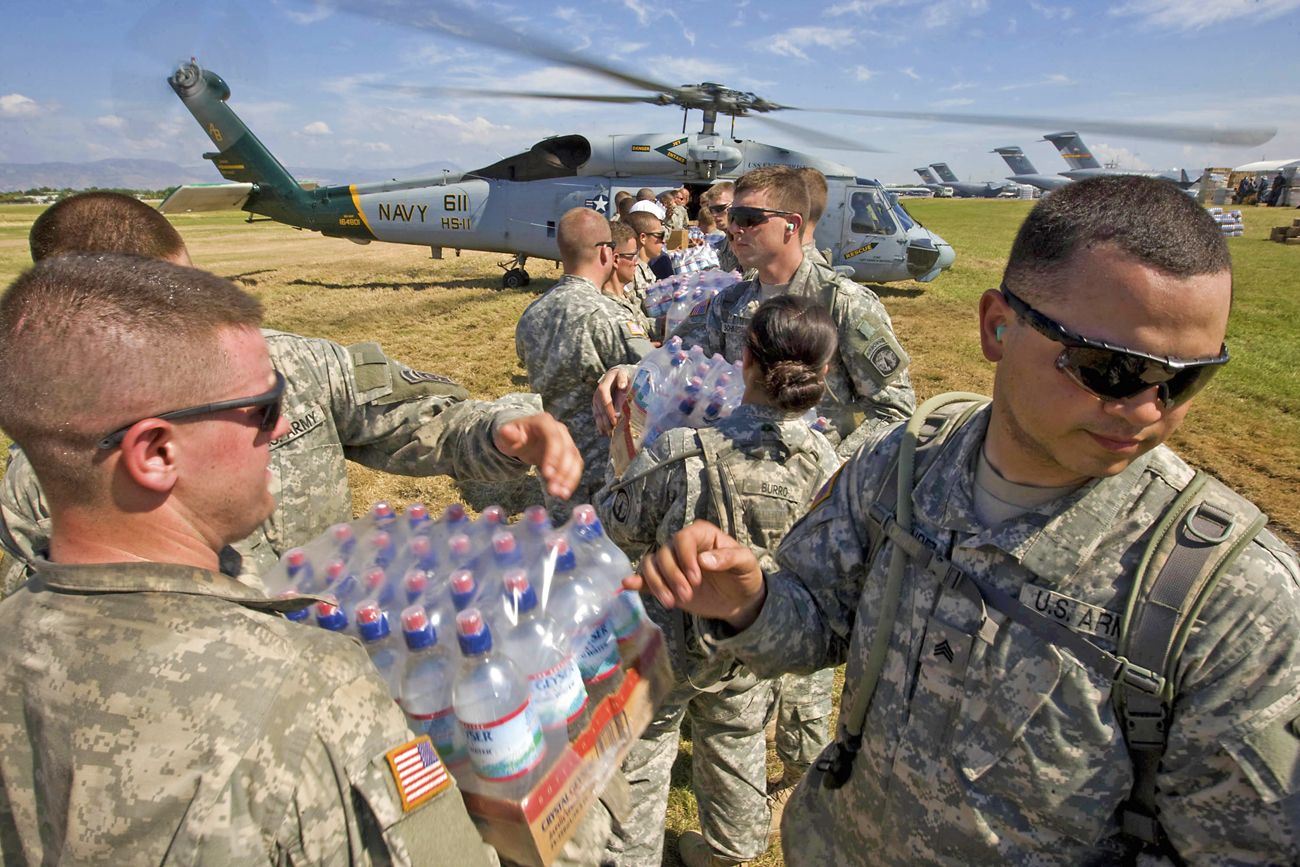 We have seen the future. More specifically, we have received a memo from April 2010. Let's just say Hugo Chavez and Evo Morales ain't gonna like it.

By 20 March the immediate relief and recovery efforts are finished. The victims have been laid to rest and the survivors are receiving help with their urgent needs such as shelter, food, water and medical assistance. But the real reconstruction of the devastated city of Port-au-Prince and rest of the country has barely begun.

And so here is our guess at what the text of a memorandum from Barack Obama’s advisors, proposing a major American initiative towards the full and final reconstruction of Haiti might well look like:

The Secretary of State

The Secretary of Homeland Security

The Secretary of Defense

Following intensive discussion among senior Administration officials and thorough consultations beyond the Administration with the development community, researchers and academics, international assistance partners, international agencies and other interested parties, as well as with the Haitian authorities themselves, we propose a major new initiative on Haiti for this Administration, the Haitian Humanitarian Alliance for Reconstruction and Development, or H-HARD.

As you know, the recent Port-au-Prince earthquake devastated the capital of Haiti. As many as 150,000 people were killed in its immediate aftermath, more than half the structures in the capital were destroyed or are unusable, including major government buildings and facilities. The power, communications, water and sanitation infrastructure suffered major damage and the country’s main port facilities remain operational at only about 10% of capacity.

Now, two months after the actual earthquake, more than 2 million Haitians are living in temporary shelters and they continue to be dependent on emergency relief for their food, water and medical assistance. To date, America – through both government and private sources – remains the largest single component of the Haitian relief effort, and American military deployments represent the bulk of the forces now keeping order in Haiti. However, all stakeholders agree that relief operations should not continue indefinitely, creating a population permanently dependent on outside help.

What we require now is a more all-encompassing strategy to deal with Haiti, that will rebuild that country, demonstrating simultaneously that the US is committed to long-term, major support to a nation in need in our immediate international neighbourhood as well as the fact that we have the tools and experience to carry out such a commitment.

Crucially important as well, this commitment to rebuilding Haiti would demonstrate to all, and especially to those who disagree with us throughout the developing world, that America’s international role is much more than our military actions in places like Iraq and Afghanistan.

Given Haiti’s relatively homogeneous population, compact size – roughly the same as that of Massachusetts and with about the same population as Massachusetts and Connecticut combined [for South Africans that would be about the size of Gauteng and two-thirds the population of the province – Ed] – Haiti can be the right size of demonstration project. It is big enough to be visible, compact enough to be manageable. In short, the Goldilocks option.

Bringing our resources, experts, experience and ideas to bear on Haiti would also be a marked contrast to the less-than-effective governmental response to Hurricane Katrina several years ago. This would also be a concrete demonstration of the ideas expressed in our previous speeches around the world about the need for America to be an active, enthusiastic partner for development.

Finally, of course, a successful reconstruction on Haiti could help lessen pressure for Haitians to migrate to this country by boat. As you know, previous Haitian migrations contributed to political tension in Florida and to broader pressure to enact strong legislation against more liberal immigration laws. Although Haitian reconstruction should be a bipartisan (and indeed a broad international) process, its success could also contribute to success in the mid-term election and – looking further forward – even in the general election in 2012.

Accordingly, we propose an urgent planning conference for H-HARD, quickly drawing together all interested parties to lock in funding pledges and participation in this effort, and to agree upon and establish the actual mechanisms and management for H-HARD. The US Agency for International Development, now that Dr. Rajiv Shah is on board as administrator, should take the lead in this effort – and it must move quickly to establish the necessary donor confidence – certainly by no later than the end of next month. Established and carried out successfully, this Haitian reconstruction could even become a model for other aid partnerships in the Obama Administration such as the one that may eventually be necessary in Afghanistan or other states challenged by international terrorism.

In a sentence: The Obama Administration intends to finish the job President Clinton was unable to compete in the 1990s.

Even putting aside the extraordinary humanitarian rationales that come from this tragedy in Haiti, given America’s historic relationship with Haiti (including several military interventions and one extended occupation in the early part of the 20th century) as well as the fact that there are approximately one million Haitian-Americans in the US, we have real reasons to take the lead on this final reconstruction. A failed state on America’s doorstep could produce major difficulties for us in many other areas.

Now more than ever we have the world behind us in our mission. Let’s not waste it.

Action to be taken:

This memo is ghost-written by J. Brooks Spector