20 January: Citigroup boss fights off another gloomy round of business 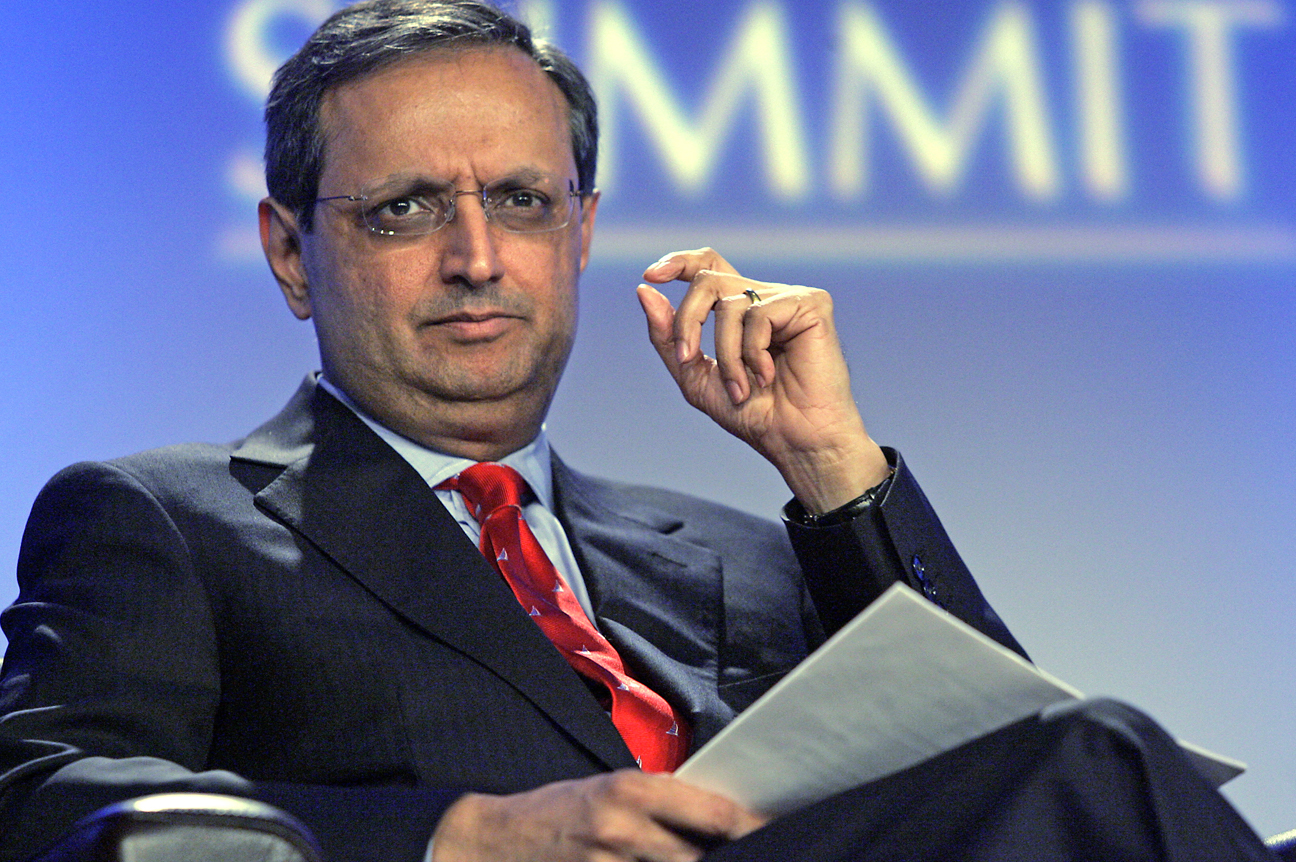 Also today: Indian technology bellwether sees slightly better times ahead; US puts focus back on China, but not the way it wanted to; Apple ups the ante in battle with Google.

Citigroup boss fights off another gloomy round of business

Citigroup CEO Vikram Pandit is pretty much an outsider on Wall Street, mainly because he’s not a local. His efforts to clean up one of the world’s biggest banks have been made harder by this, and now reports say some of his own employees and shareholders are starting to lose patience with him. The bank has just lost nearly $8 billion in fourth quarter earnings, and still owes government $20 billion in bailout money. And while rivals such as JPMorgan Chase and Goldman Sachs spring back to life after the 2008 financial meltdown, Citigroup is seeing its investment bankers and traders heading off for greener pastures. Pandit inherited a bloated and unstable mammoth of a bank from his predecessor Charles O. Prince III, cutting more than 100,000 jobs, and stopping the bleeding from its toxic sub-prime mortgage holdings, while selling nearly $400 billion in assets in a weak market. But history favours those who have gone before, and he might be glad to just ride off into the sunset, as George Bush did, and leave the mess and the history’s judgment to focus on someone else. Photo: Reuters

If Indian technology companies are a barometer for better economic weather, then outsourcer Wipro’s 2.4% revenue growth to $1.13 billion in its IT services business in the December 2009 quarter is good news. Outsourcing has seen Indian cities such as Bangalore become global technology centres in the past decade, as they take on back-office work that has become too pricey for Western companies’ backyards. Wipro says business is not yet at levels seen before the global recession and still sees flat to marginally positive IT budgets during 2010. But there’re a few big deals on the horizon for Indian techs, and Wipro reckons this year’s March quarter will see revenues creep up to between $1.16 billion and $1.18 billion. There’s one big problem for kickstarting growth; India’s rupee is rising against the dollar, and seeing as Wipro’s revenue is mostly derived from the US market, and much of its expenses are in rupees, costs are going up. Wipro’s still maintaining margins, but with IT services accounting for 74% of revenues, things are getting tighter.

US puts focus back on China, but not the way it wanted to

US secretary of state Hillary Clinton turned the US’s focus back to Asia the other day, after Iraq, Afghanistan and crashing domestic markets made it take its eye off the ball. But she needn’t have worried, because Google’s row over hacking and censorship brought the US-China relationship back to earth with a bump. The two countries are now meeting regularly over the issue of Internet freedom, something that concerned President Barack Obama before the world’s biggest search-engine opened the censorship can of worms. The Americans say freedom in cyberspace is critical to modern societies and economies. Too right, but unfortunately the Chinese don’t think that way. Google says client companies have been a target of sophisticated cyber-spying by China, including hacking into its own accounts held by Chinese human rights campaigners. Now it’s threatening to pull out of the market of some 360 million Internet users, but there’s too much at stake for all sides to just go ahead and do it. So, sorry Nike, while Google and the US government say they take this matter very seriously, and China denies the allegations made by Google, the company ain’t gonna just do it.

China tells banks to cool it amid inflation worries, fears of real-estate bubble

Fearing an explosion of credit growth, particularly in its red-hot property sector, China is telling banks to cool it, while restricting the country’s overall credit growth to $1.1 trillion this year. Western nations tweak interest rates and money supply, and bank reserve requirements, but China has an added lever in its arsenal of monetary weaponry, namely it says “Just do it!” to the many state-owned banks. The China Banking Regulatory Commission hasn’t asked all Chinese banks to limit lending, but told those that failed to meet standards to back off. China watchers say it’s a game of brinkmanship that banks play with Chinese regulators, speeding up loans knowing that government will tighten credit in 2010. So now there’s a mass of more expensive money floating around, which bodes ill for inflation, and regional and global financial markets are twitching. China still needs huge volumes of commodities and other imported goods and has boomed out of recession. But if it overheats domestically, everybody burns.

Apple ups the ante in battle with Google

Google and Apple are locked in battle over wireless markets, while Microsoft hangs in the wings and watches. Bing’s a drop in the ocean compared with the hit rates garnered by Google, but longer-term, this may start to change as more people use cellphones to trawl the Web. So Apple has just upped the ante by holding meetings with Microsoft to discuss ways to make Bing the default search engine on the iPhone. Apple made its iTunes music software work on PCs using the Windows platform. It seems that cosy relationship with Microsoft has cut Google out of the equation by threatening its role as the main provider of Internet searches on the iPhone. Apple and Google have worked together in past years, but more recently compete in several markets, including mobile ad placements. Google’s Nexus One smart-phone directly challenges the iPhone and prompted development of a wireless handset operating system that rivals the iPhone one. Microsoft is now a pawn on the chessboard that is wireless networking. It’s an uncomfortable position to be in, and one that must have made Bill Gates blink. But there may yet be bling in Bing, so we watch with bated breath.

‘Will it, won’t it?’- a searching Google can’t find the answer

The world is watching to see if Google survives its conflict with China over hacking and censorship. It’s a serious matter that has huge implications for free speech and the freedom of the global economy. China loves to censor at every twist and turn, and has some very smart techies to do its bidding. It also steals information wherever it can, to fuel its hyper-charged growth. But what is doesn’t understand (or more likely, it eschews for political reasons based on the notion of the one-party state), is that truly free markets require free information flow, and it’s not likely to back down unless forced to. So, while Google’s playing hard-ball by delaying the release in China of two phones based on its Android system, it may get smacked in the chops. Google is said to have threatened to leave the Chinese market, and states it will shut down its Chinese-language search engine unless censorship ends. But it really wants to keep its toe in China’s vast cellphone market, and the country’s 360 million-user (and rapidly growing) Internet business, while leveraging China’s army of cheap engineering talent. The question is whether it will be able to have its cake and eat it? The answers will be earth-shatteringly important to behold.