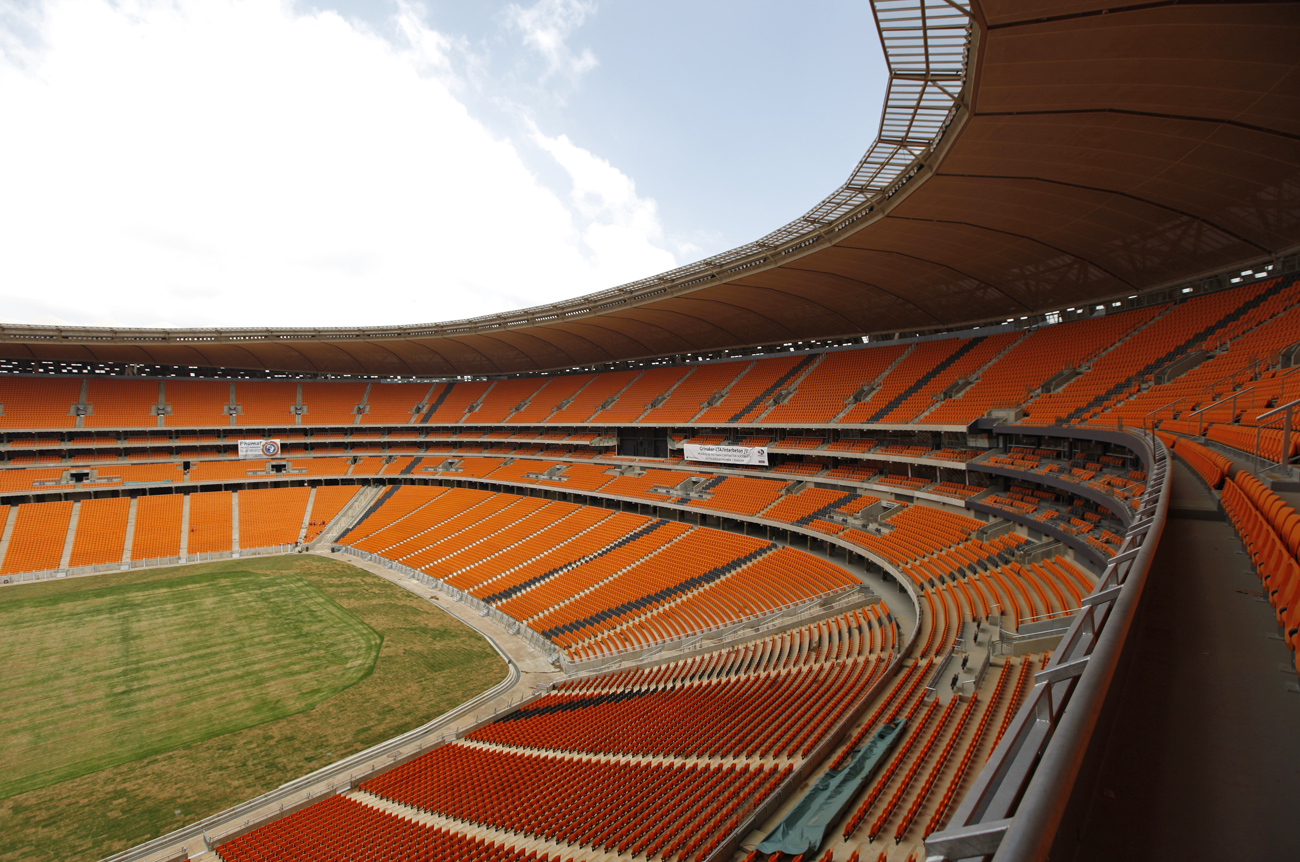 A story we ran this week praising Soccer City but damning its management got picked up by Chris Gibbons of 702, who interviewed the stadium’s operations director. Were we, as he put it, under some misconception? You decide.

On Thursday, the Midday Report on Talk Radio 702 picked up on a story we ran on January 13th titled “Soccer City: gorgeous stadium, shame about management”. You’ll remember that the piece was about Stadium Management SA’s policy of charging journalists R220 per person to tour their flagship venue outside Johannesburg. You’ll also remember that although we were overawed by the stadium itself, we disagreed pretty vehemently with the fee policy, comparing it to the special privileges FIFA seems to grant itself in its endemic and impenitent arrogance.

The radio station followed-up on our story, we think, because they intrinsically understand how (and why) the actions of Stadium Management SA are representative of a wider threat to decent journalism. It’s not so much about the fee, in other words, as it is about the principle: if big business thinks it can dictate the terms of access to the media, and if the media doesn’t fight back, then the public is cheated of its right to uncompromised information.

Chris Gibbons, the presenter of 702’s midday report, in fact alluded to the above in his introduction to the item by framing our article in the context of “growing conflict worldwide between media and sports authorities over things like access and rights.” He recalled the problems in this regard during last year’s British Lions tour, and the ongoing arguments between news agencies and Australia’s cricket authorities over what pictures may or may not be carried on websites.

Then it came time for Gibbons to interview Barry Pollen, operations director of Stadium Management SA. Pollen’s opening gambit went as follows: “We don’t actually charge the media. I think that’s a misconception from your colleagues. As you know, or maybe you don’t know, the City of Johannesburg have (sic) media days allocated on a monthly basis, and sometimes even more frequently.”

The holes in Pollen’s argument are perhaps too obvious to point out, but we’ll point one out anyway – namely, our “misconception” that Stadium Management SA charge the media. Here, word for word, is an email received by my Canadian colleague, author and journalist Richard Poplak, two days after we returned from our tour of Soccer City:

“Further to the tour on the 12th instant, (2 people), it is noted that the fees of R220 p/p has (sic) not yet been received from you. Could you please arrange that the fees is (sic) paid in at my office today, alternatively an electronic transfer into our bank account will also be acceptable, our bank details are as follows: Nedbank, Branch Code 128405, Account Number 1284136620.  (Please forward the proof of payment to me once done). Your urgent attention in finalising this matter would be appreciated.”

The sender of the mail was one Marilize Ferreira, group accountant of Stadium Management SA. The mail’s subject line was “Walrus article” – it referenced a piece that’s commissioned to appear in Canada’s leading literary journalism magazine in June.

To return, then, to the 702 interview. “As you can imagine, Chris,” said Pollen, “the pressure on ourselves and the contractors and the city at this particular time is tremendous…and from a resource point of view it’s really impossible to allocate senior members of staff on a daily basis…to actually do a tour of the stadium can take anything up to two, three hours…”

Poplak, after hearing a recording of the interview, had this to say in response: “I don’t expect stadium management to pull a guy off riveting steel ballasts in order to give me a tour of the facility. But there are two main things at play here. One, Soccer City is the flagship stadium in the biggest story in the world for 2010, so they should have expected journalists to arrive. Two, at a construction cost of R1,8-billion, surely a tiny portion of that could have been devoted towards the media?

“Also, for international media this is a very, very expensive story to cover – we’re at the bottom of the world here – and FIFA and their partners should be sensitive to that.”

Somehow, the final portion of Pollen’s explanation of Stadium Management SA’s policy seemed to not only contradict the above – where it was implied that building staff would need to be used to deal with the media – it also exposed what’s probably the real flaw in the company’s thinking. “We employ people to do the tours, and obviously they have to be paid,” said Pollen. “So, you know, there’s a commercial element to that…”

As its own website attests, Stadium Management SA has worked in either an operational capacity or on a consultation basis with Hong Kong Stadium, Kuala Lumpur National Sports Complex, Shah Alam Stadium, Barcelona Football Stadium, Park De Princes, Stade De France, Johannesburg Stadium, Cape Town Arena and Blackpool Stadium. Its directors have hands-on experience with Wembley Stadium and Manchester City Football Club, and once played key roles in the 1995 Rugby World Cup and the 1996 African Cup of Nations. These guys are not amateurs; they are a multinational firm controlling billions of rands in assets, and they certainly have the capital to market themselves at their own expense. Question is, what do they have to gain from denying the media its rightful terms of access?