15 January: Obama tells US banks to pay up for bailout

15 January: Obama tells US banks to pay up for bailout 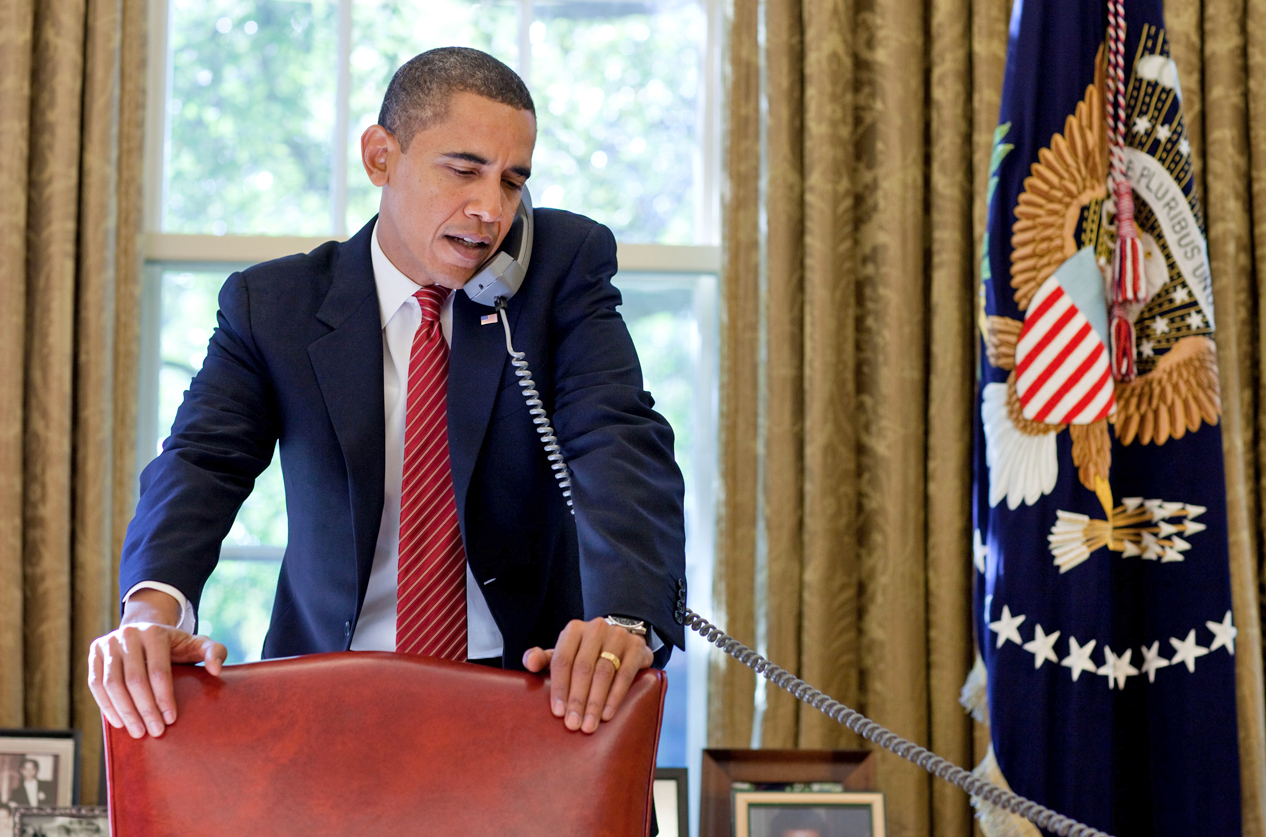 Obama tells banks to pay up for bailout

US President Barack Obama is a man of the people, for the people and by the people, and he’s not being unashamedly populist. He’s genuinely angry at banks and brokerages that received large sums from the $700 million emergency economic bailout, and now wants them to pay back their debt to society. The same institutions that brought the financial system to its knees are being grilled by lawmakers in Washington, but they appear less than contrite, and intend to pay themselves huge bonuses in recovering markets. So, Obama has told banks they should pay a new levy to recoup taxpayer money that got them out of trouble. “We want our money back,” he told the world’s media, adding that the latest round of bank bonuses was “obscene”. But he also said his aim was to prevent excessive risk-taking in future, and not to punish banks for past sins.

Supply bottlenecks and a leadership vacuum left rescuers scrambling alone to save trapped and injured Haitians, after planes from France, China, Spain and the US provided tons of water, food, medicine and other aid. US President Barack Obama says one of the biggest relief efforts in recent US history is winging its way to Port-au-Prince. But while the Americans are experts at this kind of thing after Hurricane Katrina and wars in Iraq and Afghanistan, the US had to halt all civilian flights to the stricken city after Haitian authorities said there was no room for more planes, and not enough fuel for them to return to where they came from. The US Air Force says it’s having a tough time getting aid unloaded, and doesn’t have enough handling equipment or people to run it. The International Red Cross believes about three million Haitians (of a nine million population) may need emergency relief, saying some 50,000 people were likely killed in Tuesday’s magnitude-7.0 earthquake.

China shrugs off criticism of Web censorship, tells Google to play by their rules

China’s government doesn’t like being told what to do, especially by capitalists and their running dogs, so its response to Google in a row over hacking and censorship is typical. Days after the world’s largest internet search engine said it might quit China unless the nation’s censors chilled out, Chinese authorities told the world at large that companies that do business in China must follow the laws of the land. That’s not surprising in its own right, but it suggests that China is giving Google the finger over its demands that its search engine results be left untouched by censors. Google is also livid that a series of cyber-attacks have tried to breach the accounts of Chinese human-rights advocates on its Gmail service, and says it suspects this may have something to do with the Chinese government. Google now finds itself in the middle of a situation that diplomats usually have to deal with, and has increased friction between Beijing and US President Barack Obama’s administration over freedom of the internet and online security.

Conan the Barbarian, sorry O’Brien, and rival former host of The Tonight Show, funny-man Jay Leno, seem to have run out of jokes. After a run of in-house jabs at NBC over the mess television finds itself in over ratings and prime-time and late-night slots, they’ve taken to whacking each other. David Letterman in New York must have sensed something was amiss, wisecracking on the CBS “Late Show” that the icy weather on the eastern seaboard might have been caused by an Arctic chill between Jay and Conan. O’Brien is now the host of The Tonight Show, which has been set back half an hour to make way for a new Leno offering. Referring to this, O’Brien quipped: “And I just want to say to the kids out there watching: you can do anything you want in life, unless Jay Leno wants to do it, too.” Leno’s new prime-time show has seen NBC’s rating plummet by nearly 50% in some of its largest markets after it aired at 22:00. So, now the network wants to move Leno back to 23:35 for a half-hour show, and put O’Brien into an even later night slot at five minutes past midnight. Both comedians feel that the joke is now on them.

The Europeans want a decision this year on extending the life of the International Space Station after 2015. Forward planning has halted at that date, and the European Space Agency is worried that uncertainty is undermining the best use of the ISS. The Europeans want to keep flying the station until at least 2020, to encourage more scientists to step forward and run experiments on the orbiting laboratory. Experiments in space require long time-frames, but the partnership between the US, Russia, Europe, Japan and Canada is now under review after US President Barack Obama revised the vision for US-manned spaceflight in the face of retiring the Space Shuttle programme. The Americans have not resolved what rockets and spacecraft they will need for future space exploration, making their participation in the ISS ever more uncertain. No single partner in the ISS can call for an end to the project, so there’s little clarity on what’s going to happen next.

Polar bears in for hard times from industrial chemicals

Apart from the threat of global warming, a new ten-year study says the long-term survival of polar bears is under threat from man-made pollution. A major review of how industrial chemicals seep their way into the once-pristine Arctic environment shows that they have a potentially fatal impact on the bears’ bones, organs, immune and reproductive systems. The Environment International journal says in its report that pollutants are carried to the Arctic by air and water, and include toxic metals, such as mercury, and chemicals used in coolants and pest-control agents. These gather in the fat of the bears, who head the food-chain in those parts. What’s more worrying, is that the study might signal only a fraction of the problems the bears face, as a result of the limited number of earlier studies, the problems of taking many and repeated samples of blood or tissue from live bears, and because only free-ranging healthy animals are likely to be sampled. This means a whole slew of bears that may already be sick are not even in the picture.

A convoy of cars from the Israeli Embassy in Jordan had a lucky escape after two roadside bombs went off near the Israel-Jordan border. No one was hurt in the attack, and the Israeli ambassador, Daniel Nevo, was said to be elsewhere. There has been no claim of responsibility. The Israelis and Jordanians signed a peace treaty in 1994, and co-operate closely on security, but relations have cooled recently because of the continued fighting between Israelis and Palestinians in Gaza. Jordan’s population includes many exiled Palestinians, so Jordan security sources say the attack was likely aimed at the Israeli ambassador. The bombings will add a new dimension to Israel’s fears over its security, and will do nothing to help secure the peace.

Ukraine’s President Viktor Yushchenko and Prime Minister Yulia Tymoshenko are always at loggerheads in a country that strives to be part of the West, while dealing with the hangover of being a former Soviet bulwark during the Cold War. So, elections on 17 January to elect a new president were always going to be a tricky business. Yushchenko, whose face was badly scarred by a poisoning attempt in 2004, is trailing several other candidates, including his former ally Tymoshenko. It’s the first such election since 2004, when the pro-democracy Orange Revolution brought Yushchenko to power. But hopes of a new era were quickly extinguished after Yushchenko and Tymoshenko got stuck into years of bitter politicking, which put a halt to Ukraine’s political ambitions.