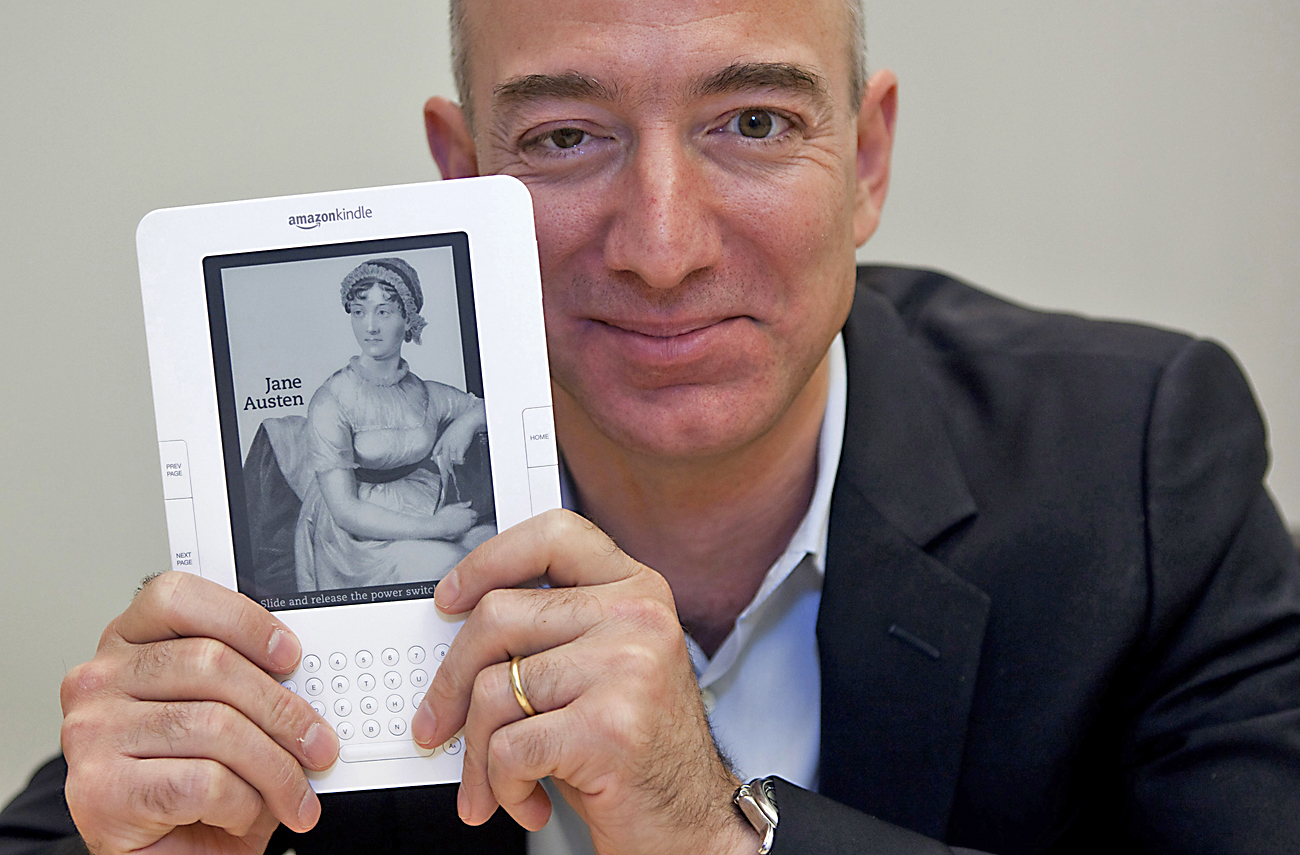 Christmas presumably brought a fair number of Kindles, Amazon’s digital book readers, into South African homes, now that they are an international phenomenon. So it’s worth asking, is this technology a winner or a dud? Will it change the world? The short answer is, sadly, yes.

At first blush, it doesn’t seem as if the Kindle is a nascent revolution of any kind. It’s challenged from the new world by iPhones and other cellphones, while the old world still purports to love the “touch and feel” of a book, the knowledge of ownership and the smell of the pages. Sandwiched between these competing tendencies, it could easily be a solution looking for a problem.

Before I directly assess the potential of the Kindle, permit me a brief personal deviation into digital history. Whenever I was in London, one of my regular stops was the Virgin Megastore in Oxford Street on the corner of Tottenham Court Road, the global flagship version of what ou toppies used to call a “record shop”.

The store was a simultaneous testament to a range of different things: it embodied the importance of London to popular music; it vividly demonstrated the huge range and depth of music available; and it spoke to the sheer power of this transcendent and beautiful medium.

In this store, you could breath it all in, just by being there. You could glory in the prowess of human achievement simply by standing by rack upon rack upon rack of CDs and books and magazines, all devoted to the magnificence and splendour of a language that transcends time and culture, even as it marks time and defines culture.

The store may have seemed to many people a fabulously hyped up version of hundreds of record stores around the world, full of plastic indifference and stamped reproductions. But for reasons perhaps slightly perverse, I loved it.

Then I arrived one year and it was gone.

The stores have been rebranded zavvi, decreased in size, and they seem to sell more computer games than music. Virgin’s chairman Richard Branson sold the retail stores, which were not only rebranded but reconfigured for the post-iTunes generation, that is, they only sold stuff which couldn’t be downloaded easily.

How do I feel about this sudden destruction of an odd kind of monument to our global culture? Actually, curiously indifferent.

Sometimes, when you can see the future coming, there is a kind of stupidity in resisting it. This ox-brained fustiness is actually as noxious as bemoaning the departure of things you once valued.

I know the culture of music has not disappeared, simply its outward manifestation. I’m sad that it will not have the physical form it once did, but I relish the new opportunities that the new world provides.

The ability to download music is a real pleasure and achievement, a price easily worth paying for the lack of a garish monument in a foreign country.

But what about books? Aren’t they different?  Surely our dependable bookstores where we can drink coffee and gossip and browse and spend too much money are so entrenched in our culture that they will never disappear. Sorry folks, but if you believe that, you are dreaming. And the reason comes right back to the Kindle.

I’m not one of those people who is said to “devour” books, but I read a lot, and more significantly, my respect for books verges on the spiritual. Books are the treasure trove of humanity; not only the repository of knowledge, but the repository of concentrated, edited, distilled and mutable knowledge, which is an infinitely more powerful thing.

So into this mindset comes a quirky little challenger sure to be swatted away with one of the many fallback options of the elderly curmudgeon: books feel better, look better, you can read them in the bath – you know the drill.

Yet, once you start actually reading a book on a Kindle, it’s kinda fun. It’s lighter than most books, more visible, easier to carry around. In no time you lose concentration on the medium and are absorbed by the message, which is exactly what happens when you are reading a book.

There are all kinds of surprising advantages: it keeps your place, and defines words that you don’t know. One of the biggest advantages is that it wirelessly updates without being requested to do so, as long as you are in a 3G area. This means most South African can get the New York Times without any downloading hassle and at respectable cost. No more rushing out to the post box to see if the papers have arrived.

Once you see and feel all this, the thunderous wave that is about to wash over book stores all over the world becomes apparent. It’s not surprising that one of the biggest bookstores in the world, Barnes & Noble, is working on its own version of the Kindle, and Apple is soon to launch the all-conquering iSlate.

There are some odd consequences here. For example, what will become of the book distribution business, never mind the publishing business? At the moment, Amazon’s intervention is only taking place at the retail level, and this is significant enough, but how long before Amazon becomes a publisher?

And where are you actually buying the book? Does a new reading format mean an inevitable concentration of publishing points or does it open publishing up? How much will a US retailer care about how many South African books will be available on their American website?

What about the business aspects? Authors normally receive only about 10% to 15% of the actual retail cost of the books. Publishers get another 15%, and wholesalers, retailers and distributors get the rest.

But the risk for Amazon, for example, in holding a book in stock in digital form is negligible, yet Amazon has retained the same split. According to Wikipedia, amazon.com keeps 65% of the revenue from all ebook sales for the Kindle, while the remaining 35% is split between the author and publisher.

This looks unfair. It is much less advantageous than Apple’s App Store, which gives 70% of revenues directly to the author, for example.

One of the odd things about the Kindle is that you suddenly discover how much you have been ripped off in the past. For South Africans, ebooks for Kindle download are massively cheaper than physical books. For example, Exclusive Books is selling Wolf Hall, Hilary Mantel’s Booker-winning title, for R194 in soft cover. The Kindle download costs R84. To which you can only say: “wtf (:-&”.

For literary, dramatic or musical works copyright generally lasts for 70 years after the death of the creator. Hence, all those copies of Jane Austen we have been buying at Exclusive Books for R200 are not making money for Austen’s now multitudinous relatives.

Consequently, the complete works of Shakespeare, all 197 plays, poems and sonnets, on Kindle will set you back a mighty R22, and Austen’s entire complement of eight books will cost less than R30.

This copyright lapse rate did have one particularly odd effect: Amazon was forced to withdraw certain Kindle titles, including Animal Farm and Nineteen Eighty-Four by George Orwell, after discovering that the publisher lacked rights to publish the titles in question.

Suddenly, any notes and annotations for the books made by users (yes, you can do that) on their devices were left in a separate file, but “rendered useless” without the content they were directly linked to, Wikipedia says. The move prompted an outcry and comparisons to Nineteen Eighty-Four itself. The complaints smacked of digital hypersensitivity, since annotating a book is hardly a particularly fervent or frequent activity.

Yet, the incident was perhaps a foretaste of the creepy consequences of what might just occur if we are faced with only one music publisher (Apple) and one book publisher (Amazon). If this happens, all of a sudden, that old Virgin Megastore is going to start looking extremely attractive.