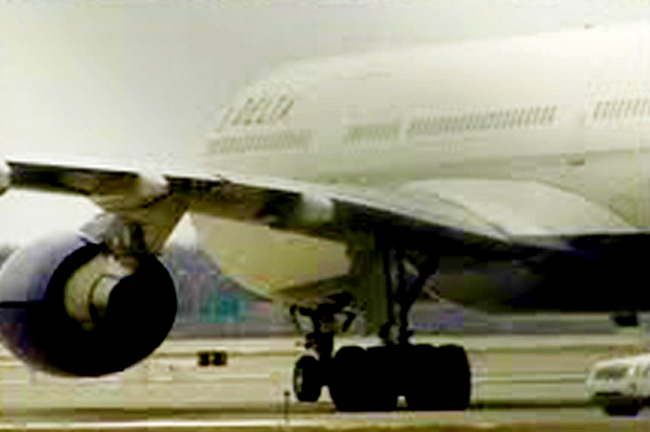 Like the shoe bomber and the liquid bombers before him, the man who tried to blow up a plane on its approach to Detroit on Christmas day failed in his purpose. But he did do his part in further screwing up the political approach to security.

It starts bad and gets worse. The Northwest Airlines plane involved departed from Amsterdam, where security equipment and personnel aren’t lacking. Early leaks from American law enforcement say that a dry powder was involved in the (spectacularly unsuccessful) explosive mixture that was concocted aboard the plane itself. And the man responsible, identified as Nigerian citizen Abdul Farouk Abdulmutallab, apparently appears in one of those databases of potential future terrorists. Photo: Umar Farouk Abdulmutallab, the suspect in the Detroit bound Delta Airlines plane on Christmas day, is shown in this undated photograph released to Reuters on December 26, 2009. U.S. authorities on Saturday charged Abdulmutallab, a 23-year-old Nigerian man, with trying to blow up U.S. passenger jet Northwest flight 253 with high explosives and were investigating his claim that he had links to al Qaeda. REUTERS

These facts will be used to justify several counter-productive security strategies, among them the ritual and increasingly farcical theatre performance at airport checkpoints, and the compilation of long, supposedly authoritative lists of people considered too dangerous to allow on an aircraft but not dangerous enough to arrest or even surveil.

The more such systems and processes are introduced, the more experts point out their futility.

“…we confiscate liquids, screen shoes, and ban box cutters on airplanes,” security analyst Bruce Schneier wrote in the November issue of the New Internationalist, continuing a longstanding theme of his. “But it’s not the target and tactics of the last attack that are important, but the next attack… If we concentrate airport security on screening shoes and confiscating liquids, and the terrorists hide explosives in their brassieres and use solids, we’ve wasted our money.”

Abdulmutallab proved the current approach to be wrong, but he’ll be the poster boy for its continuation. The Obama administration has proven itself unable to break free of the security theatre demanded by a frightened population, but has showed itself downright enthusiastic in continuing to impose its strategies on the rest of the world. We’d better hope the terrorists don’t ever get their act together.

On the weekend the first reports emerged on just how passengers will be inconvenienced by knee-jerk reactions. Some airlines said they had been told passengers had to keep to their seats and make sure their hands are visible for the last hour of a flight due to land in the US. That means no trips to the loo, no laptops, no folded-down tray tables. Fun times.

Main photo: Northwest Airlines Flight 253 sits on the tarmac at Detroit Metro Airport December 27, 2009 in this video grab provided by WDIV-TV in Detroit.