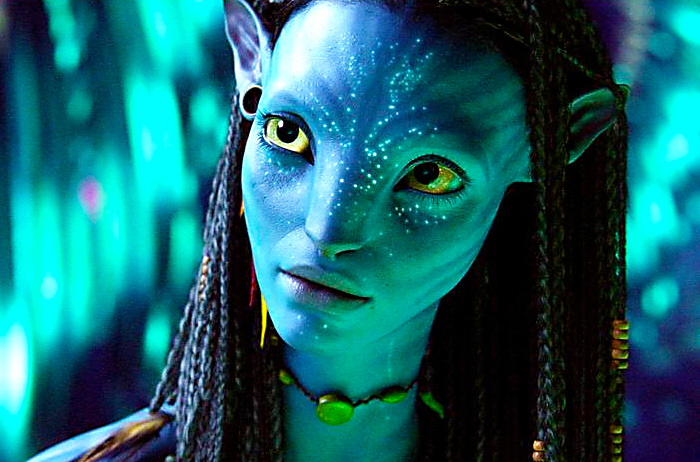 James Cameron is one of Hollywood’s most unrepentant megalomaniacs. But maybe that’s what it takes to make a movie as paradigm-shattering as Avatar.

Warning: this review is going to appear over-enthusiastic.

With that out the way, we can now proceed to the matter at hand. Avatar, like its director James Cameron said it would be, is unlike anything you’ve ever seen. It is immersion in a fantasy world so finely wrought you happily discard your purchase on reality; it is less suspension of disbelief than an all-embracing compulsion to believe. Will the film do for cinema what sound and colour did for the medium in the distant twentieth century? Absolutely. And then some.

The single biggest achievement of Avatar is its technological “realisation” – some might say “manipulation,” but does it matter? – of the human sensory experience. The facial muscles of the Na’vi, the slender, nine-foot-tall inhabitants of the faraway moon Pandora, are graphically rendered to evoke in the viewer an uncanny range of emotional responses. The jungles in which the Na’vi live teem with crackling and hissing insects, luminescent flora redolent of the earth’s own coral reefs, flying and land-based animals that deftly straddle the line between sci-fi foreign and biologically plausible: with your 3-D glasses on, before a full-size screen, you don’t so much watch the jungle as imbibe it through your skin. Even the Hallelujah Mountains, enormous islands of rock that float like clouds in Pandora’s magnetic currents, are credibly awe-inspiring.

But the ultimate transactions between computer graphics and so-called reality occur in those moments when the actors themselves – as opposed to their digitised “avatars” – appear on screen with the tall, blue Na’vi. To say the transactions are seamless would be to misrepresent the artform. Remember how impressed everybody was when the digital Gollum appeared with the real Elijah Wood in Peter Jackson’s Lord of the Rings? Forget all that, it’s just been relegated to history.

At a cost of US$230-million, with decades in the conception and four years in the actual making, the release of Avatar was always going to be a giant filmic event. Cameron doesn’t practice his craft on small canvases; when they came out, both Terminator 2 and Titanic were the highest-costing movies of their era. They were also the highest-grossing movies of their era (at US$1,8-billion, Titanic still holds the all-time record), and yet neither was touted as the culmination of a life’s work – because that was a label Cameron had been saving. “[Avatar] integrates my life’s achievements,” the director told Dana Goodyear of the New Yorker in mid-2009. “It’s the most complicated stuff anyone’s ever done.” Of course, you really do want to be wary of a man who makes such pronouncements, especially if said man once declared himself “king of the world” during an Oscar acceptance speech. The thing is, unlike megalomaniacs everywhere, Cameron has consistently delivered.

Aside from the technology, then, where Avatar differs from Terminator 2 and Titanic is in its message. The year is 2154, and the humans, who have exhausted the resources of their own planet, are roaming the universe in search of new worlds to exploit. Pandora has a mineral called “unobtanium” – a clever allusion to greed and the “unobtainable-ness” of material desire – which is worth bucket-loads per ounce to any corporation that mines it. The plot line is not in the least bit subtle (if you can only watch Michael Haneke or Akira Kurosawa, stay at home with your elitism), but what it does achieve is the singularly risky task of getting you to root against your own species. The Na’vi are fierce naturalists, a people at one with their delicate environment and the “balance of life,” and it would take the most cynical of profit-mongering hardasses not to want them to triumph.

I watched the film with my brother-in-law, a successful businessman and a confirmed atheist. In a scene near the end, where the Na’vi gather at one of their sacred sites to seek guidance, he leaned towards me and whispered, “Now there’s a religion I could believe in.”

So, while your ticket may well be an added boon to James Cameron’s messiah complex, ask yourself this: is it a good enough reason to avoid seeing his movie?

And if you missed the Avatar trailer, here it is: