The clock’s ticking - US offers long-term aid to adva... 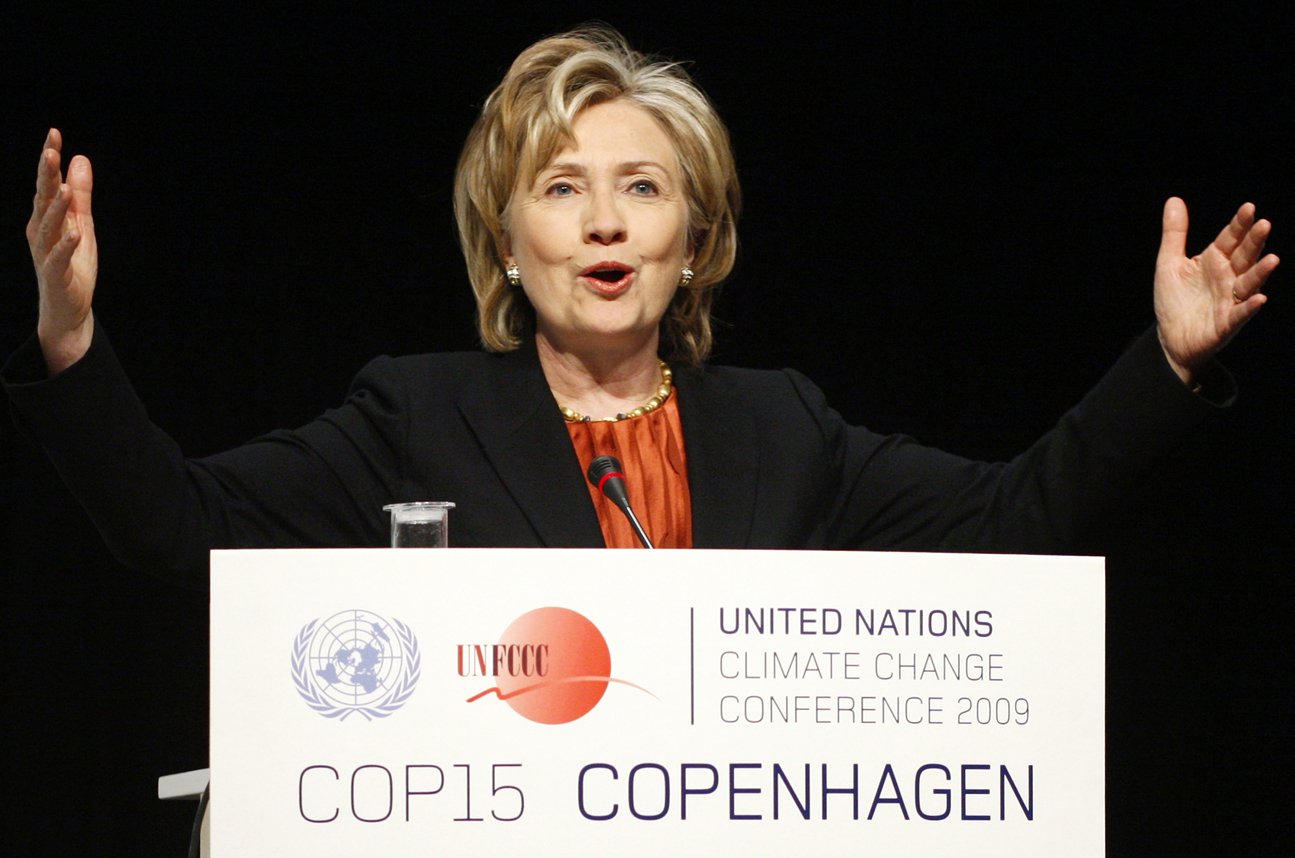 The Copenhagen clock only has one day left and despite the grim forecasts of a failed conference, Hillary Clinton’s announcement that the US would help create a $100 billion fund to combat climate change in poor nations by 2020 may yet lead to a somewhat more positive outcome that was feared just a day ago.

Clinton’s announcement represented the first time the Obama administration has committed itself to such a major funding effort – although Clinton did not specify the precise amount the US would actually contribute to this fund. Clinton also added that the offer was contingent on a serious Chinese commitment for more transparency in its emissions reporting.

As Clinton said, “It would be hard to imagine, speaking for the United States, that there could be the level of financial commitment that I have just announced in the absence of transparency from the second-biggest emitter — and now I guess the first-biggest emitter.” This number is generally in line with British and EU estimates of the contributions needed. Clinton said her plan included both public and private funds and that committed funds should go primarily to the poorest nations and include efforts to slow deforestation as well. A week ago, the EU had also agreed on funding $10.5 billion over the next three years to help poor countries begin tackling the effects of global warming, but the EU has not yet agreed internally on how much they would ante up for long term program financing.

Yvo de Boer, the UN’s climate office head, welcomed the US decision and said this was finally a sign that the Copenhagen negotiations were finally making some progress. De Boer added that some serious structures would need to be set up to control the disbursement and management of this major pile of funds

The American announcement helped lift the pessimistic tone that was becoming increasingly pervasive in Copenhagen, especially after the Chinese had indicated they saw virtually no possibility the conference would reach agreement by Friday. The Chinese also indicated they were only prepared to sign off on a political document that left key issues unresolved.

The conference has been at loggerheads virtually from the beginning over emission cut levels and mechanisms for financing support for developing nations to carry out greenhouse gas abatement. The G-77 group has stressed – in agreement with China – that they are being asked to carry the can for a global problem they did not make.

Western delegates have said that they were hoping for at least an interim agreement on key issues that could have “immediate operational effect,” but the Chinese apparently are not prepared to travel that far down the road. It still is unclear if this Chinese position is environmental negotiating “brinksmanship” – or principled disagreement with developed nation positions.

Analysts feel that the ongoing deadlock is largely – but not entirely – a result of delays and diversions by the G-77 in opposition to what they have termed the economic and environmental tyranny of the industrial world. On Monday, for example, African nations brought the talks to a halt for several hours and the Chinese have been raising numerous technical objections to the negotiating text. Chinese Vice Foreign Minister He Yafei has said China is ready for “dialogue and cooperation that is not intrusive that does not infringe on China’s sovereignty.” This outward sign of increasing cooperation did not prevent a near-halt of the conference yet again on Wednesday. China and its negotiating presence has been a natural umbrella for the G-77 countries (all 130 of them) because its investments in Africa and Latin America, often on primary commodities that produce hard currency returns for these countries.

While numerous national leaders have admitted that the Copenhagen meeting is unlikely to give birth to a binding treaty, it also appears many developed country delegates and leaders underestimated the annoyance or anger in the developing world over climate issues – or the extent to which “grandstanding” would consume so much of the conference’s time and energy.

The G-77 group remains relatively united on making certain industrialized countries keep to the emissions reductions pledges they made as part of the 1997 Kyoto Protocol – and so that the Copenhagen conference produces enough money for poorer countries to adapt to climate change. But, this group is not an especially tight, well-organized negotiating unit. The diversity within the group is extensive: its richest nations are some 50 times as wealthy as the poorest ones – on a per capita basis.  Making progress, therefore, is hard and their default position is “to obstruct action,” says Michael Levi of the Council on Foreign Relations.

As a result, commentators say national leaders rarely have been part of negotiations that are as complex or as poorly prepared as these have been. Accordingly, the strain is beginning to show, both inside the conference centre and beyond. Hundreds of demonstrators tried to storm the hall on Wednesday and numerous groups have been holding demonstrations and other disruptions of the sessions as well. As a result, entry to the conference is now being sharply restricted, especially with that group of over a hundred world leaders promising to be in the room.

For more, read the New York Times, the AP, the Christian Science Monitor and the Washington Post