Twenty five years on, Bhopal chemical horror lingers in the mind, the land – and in the water 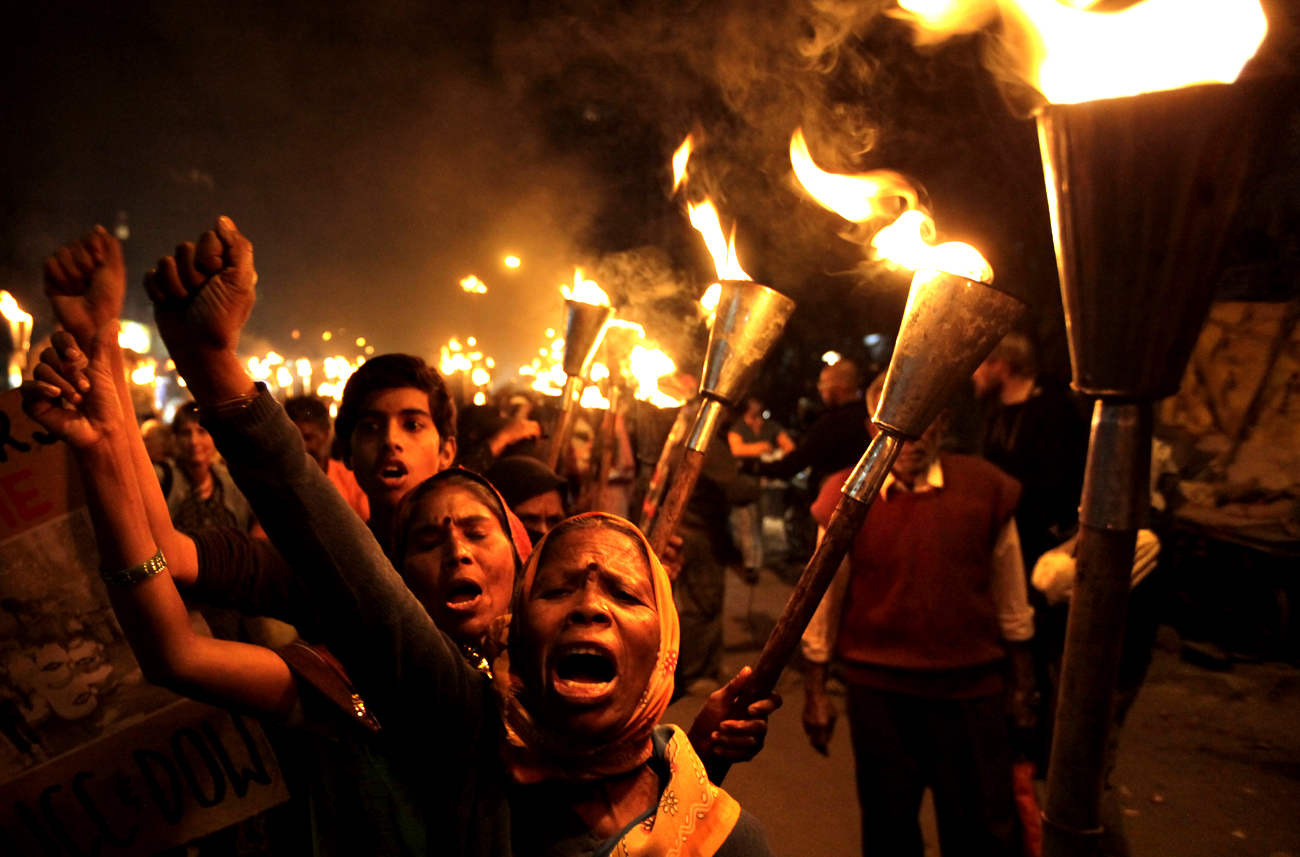 Exactly a quarter of a century ago, on December 3, 1984, in the early morning, a cloud of about 40 metric tonnes of toxic methyl isocyanate (MIC) gas from the Union Carbide fertilizer plant wafted in the air over the Indian city of  Bhopal. The resulting horror, killed some 4,000 people and seriously wounded many more in the immediate aftermath.

And, like the mercury poisoning in Minamata, Japan, a generation earlier when the poisonous element entered the town’s food sources, the Bhopal incident made the very name of the city a metaphor and watchword for industrial pollution and consequent environmental disaster. The Indian government now says a half million people have been affected by the massive chemical leak.

According to Indian government sources, some 15,000 more people eventually died from the lingering aftereffects of the toxic leak. The city had grown up around the plant, on the prosperity generated by the Union Carbide plant, once it was first built there on relatively – for India at least – vacant land. When the plant was first planned and constructed, it was seen by Indians as an economic win-win for everyone – and a symbol of the new emerging India. It was a factory that would create thousands of jobs as well as manufacture cheap pesticides for millions of Indian farmers.

Twenty five years on, many claim the toxic chemicals have thoroughly contaminated the water and the soil of the Bhopal area – and sophisticated chemical analysis of the water seem to bear out these claims. Moreover, some local community activists insist the actual toll of the initial outbreak and subsequent effects is more than double the official number – and the government’s efforts to clean up the site after the explosion have been feeble, at best. Chemical analyses indicate that the ground near the factory site shows chlorinated benzene compounds and organochlorine pesticides 561 times the national standard. Samples taken as far as 3 km away from the site of the plant show toxic chemical levels 38.6 times more than the standard. The report said there could be no other source of these toxins than Union Carbide.

In fact, Union Carbide as a separate company no longer exists. It was purchased by the  Dow Chemical Co. in 2001 and Dow says the legal case was resolved twenty years earlier when Union Carbide settled with the Indian government and paid $470 million. As a result, the company says all responsibility for the factory, further cleanup and liability now rests with the government of Madhya Pradesh, which now officially owns the site of the vacant, abandoned, forlorn factory complex. Some 340 metric tonnes of chemical waste remain in a warehouse inside the derelict plant and still need to be disposed of properly.

While Indian prime minister Manmohan Singh said about the tragedy, “’The enormity of that tragedy of neglect still gnaws at our collective conscience,” and that the government will continue to deal with the lingering effects; the state minister for gas relief and rehabilitation, Babulal Gaur, denies there is toxic contamination anymore and he waved off assertions that birth defects in the area have any connection to the disaster. Rather, the diseases afflicting children in the Bhopal area are consequences of their lives in poor slums.

Investigators later determined that the actual accident occurred when water entered a sealed tank containing the highly reactive MIC, causing pressure in the tank to rise too high and spew out into the atmosphere. Union Carbide insisted that the accident was an act of sabotage by an unidentified, disgruntled employee, rather than the result of lax safety standards or faulty plant design, as claimed by some activists. Critics respond that Union Carbide should never have used MIC in the first place (there are other, albeit more expensive alternatives) and they should never have used such a chemical in a built-up area.

Meanwhile the people of Bhopal continue to live where they have been and to draw water from wells almost certainly contaminated from seepage into the area’s groundwater.