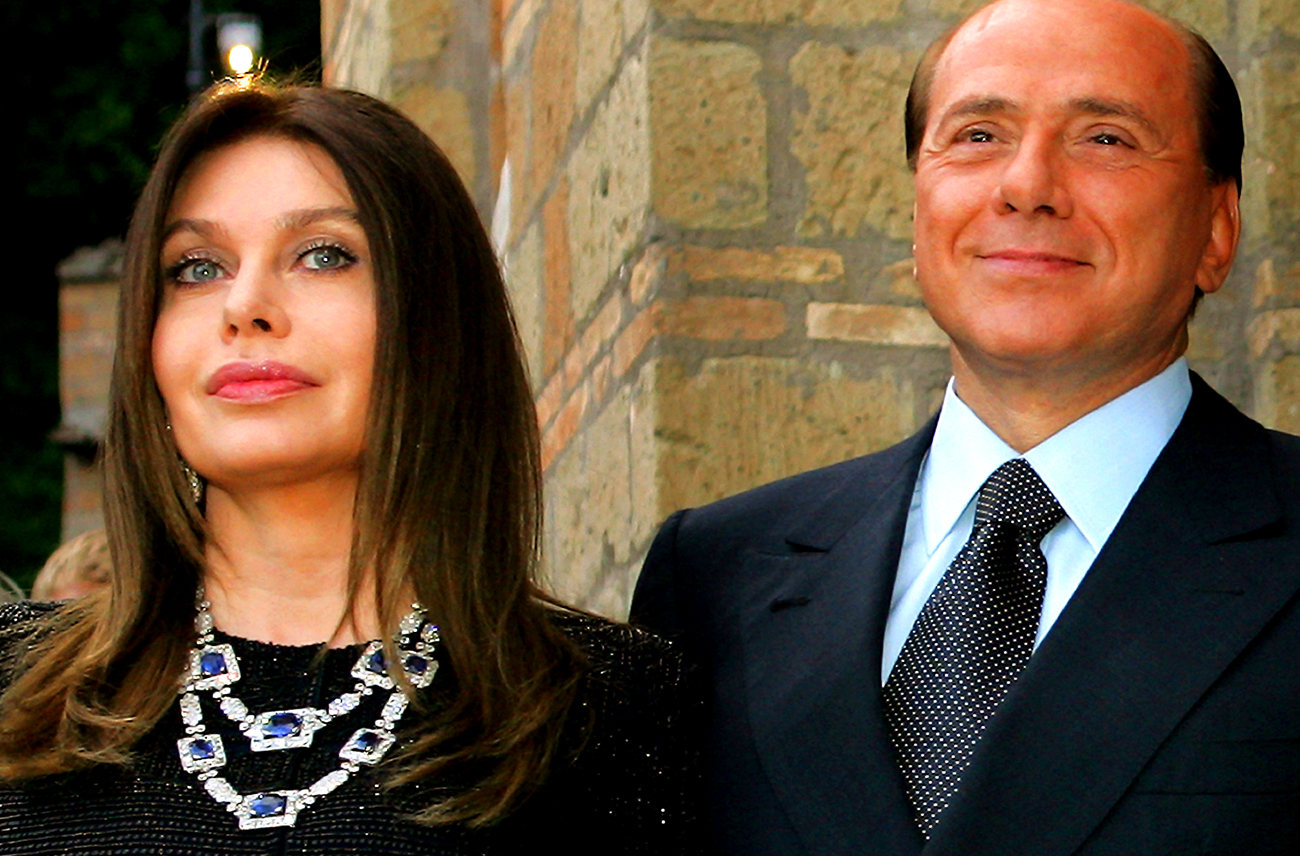 As if Silvio Berlusconi's legal troubles over corruption charges weren't interesting enough, his wife, Lario, is suing him for divorce and a, well, um, a sex worker of his acquaintance insists she wasn't paid for her efforts on his behalf and she's not happy either. And the whole salacious affair is now on view in real Italian courts, in the newspapers, on televison, and, of course, at book stores everywhere.

The prostitute in question has claimed in a new book she wrote (or co-wrote) that she spent the night with Berlusconi in return for his help in setting up a countryside inn. She was having trouble with the local bureaucrats and needed his help in cutting red tape – but what did she get? Nada.

Patrizia D’Addario’s memoir went on sale this week in Italy and she has told the press she is getting threats and her house has been ransacked, now that she revealed she tape-recorded her nighttime tryst with Berlusconi on that big, big bed. “They take away everything, from panties to dresses, from stockings to bras, from jewelry to shoes, from CDs to my diaries, to my address book, the computer. They only leave me a very expensive TV,” she has explained. Damn. This all reads like a great made-for-televison flim – or an extended set of appearances on Jerry Springer. The book, inevitably, perhaps, is titled, “Gradisca, Presidente” – or for those of you who don’t read Italian, “At Your Pleasure, Premier”. Berlusconi has haughtily responded that he paid for nothing, promised nothing and offered nothing. Nada. Somebody is trying to stir up trouble for him. Yeah, right.

Meanwhile, in another, slightly earlier episode now being replayed frequently in the media, Berlusconi’s wife, Veronica Lario, announced on May 3, 2009, she was divorcing Berlusconi because of his infatuation with attractive young, available, women and his salacious, public comments about their attributes. Join the queue, dear.

Lario wants $65 million a year, and let’s repeat that, $65 million per year, in alimony as her divorce settlement. Perhaps unsurprisingly, Berlusconi has rejected the demand. He’s rich, he owns television networks, newspapers, property, gold bullion, runs a country, but he has drawn a line in the sand over this $65 million level alimony demand. To give an interim score, let’s see if we have this right, the prostitute only wants her honour back but his wife wants the GDP of Swaziland for her fair share

The couple’s respective lawyers are declining to comment on all of this really juicy stuff, except for his lawyer’s request to the public that the couple’s separation should be treated with “discretion” and the leaks now appearing in the media are “despicable.” As opposed to Berlusconi’s, his wife’s and his various girlfriends private lives played out in public already.

A leading Italian newspaper not owned by Berlusconi, Corriere della Sera, quoting the usual informed sources, says Berlusconi has made a counteroffer – 200,000 Euros/month – and tipped his hand that – if pushed, would go as far as 300,000.

This is clearly a bid/counter-bid situation, not one of high-minded moral principles. According to the paper, Berlusconi already has given his wife at least $90 million, apparently on behalf of their three children.

Meanwhile, as part of all this to-ing and fro-ing, a truly reputable witness, a southern Italian businessman, who has already been arrested in a cocaine probe, has apparently told Italian criminal investigators that he procured 30 young women to attend parties that Berlusconi was scheduled to attend – in the hopes of currying favor with the premier. OK. Among the guests was a prostitute who has said she spent the night with Berlusconi in the bedroom of the Rome residence. Amazing, sex, money and politics mixed together in a scandal. Really. Who would have thunk it?

And, just, in case you were looking for some more background on Lario Berlusconi, before marrying our man Berlusconi, she acted in what are sensitively called “low budget” films, as well as some legitimate theatre. The formerly happy couple had three children before finally getting married in 1990 and living unhappily ever after.

If you need more information about this set of overlapping soap opera episodes, you can always read Business Week, or the New York Times – or any scandal sheet in Europe. I didn’t have the heart to check YouTube for you.