Maze of dates and missing evidence at Selebi trial

Maze of dates and missing evidence at Selebi trial 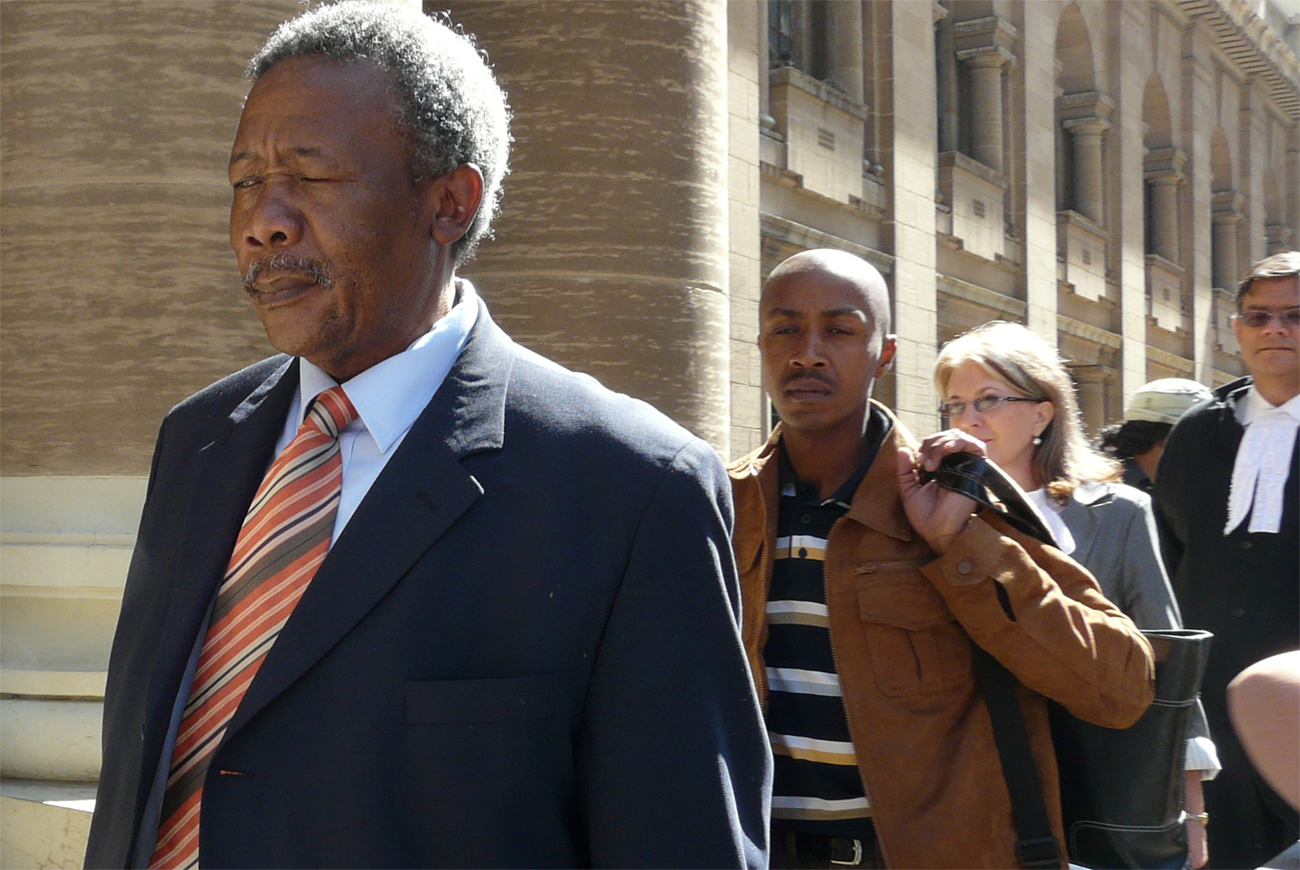 Highly-charged trials like Jackie Selebi’s offer many days that are shocking, revealing or just barely believable. Most of them offer great entertainment value. Monday was not one of those days.

While the legal experts would call it “technical” argument, the media would call it mind-numbingly boring. Here is what happened:

Senior Scorpions investigator Andrew Leask took the stand in Monday’s resumption of the Jackie Selebi trial, after Friday’s session was blacked out by a power failure caused by pouring rain. Leask testified to the “strange and peculiar behaviour of the accused [Jackie Selebi] in a meeting in which he was briefed by the investigations unit of the SAPS”, days after what Leask called the “murder” of mining magnate Brett Kebble.

Leask was referring to an incident that police cellphone tracker Paula Roeland claims to have witnessed, where Selebi had taken his cellphone out of his pocket, apparently to speak to Glenn Agliotti. Leask’s testimony and cross-examination covered ground traversed over a number of years, including the time the prosecution alleges Selebi first took cash from Agliotti to the later killing of Kebble. The complexity of collating these events over a lengthy time-frame is compounded by missing documents, acrimony between police and prosecutors and the secrecy surrounding the National Intelligence Agency.

Defence counsel Jaap Cilliers spent the day following the strategy he’s stuck to throughout the trial: to show that statements made by Agliotti to the Scorpions had the express purpose of convicting Selebi, at the expense of convicting Agliotti and others on charges including drugs, fraud and the killing of Kebble. Cilliers has also aimed to prove a conspiracy against Selebi by the Scorpions and the National Prosecuting Authority, stemming from Selebi’s desire to put the Scorpions under the control of the SAPS, and alleged dirt he had on two former NPA heads, Bulelani Ngcuka and Vusi Pikoli. Cilliers hammered away at the reliability of Leask’s recall of dates and an NIA report that Leask said was kept from Scorpions investigators.

Aside from the problems of following the money, made even more obscure by Jackie Selebi sharing intials with fugitive Kebble murder accused John Stratton (and which appear on various cheque stubs in evidence), the Selebi trial is exposing, bit by bit, the personalised treatment of crime and politics under former president Thabo Mbeki. Leask testified that warrants for search and seizure, and for Selebi’s arrest were cancelled days after Mbeki suspended former NPA boss Vusi Pikoli, and replaced him with Mokotedi Mpshe.

The advocate accompanying Monday’s final witness, Barry Gilder, a high-level figure in the NIA, said the minister of state security, Siyabonga Cwele, and his director general did not want the contents of the document mentioned by Leask made public.

The court adjourned until Tuesday afternoon, to resolve this question of admissibility.