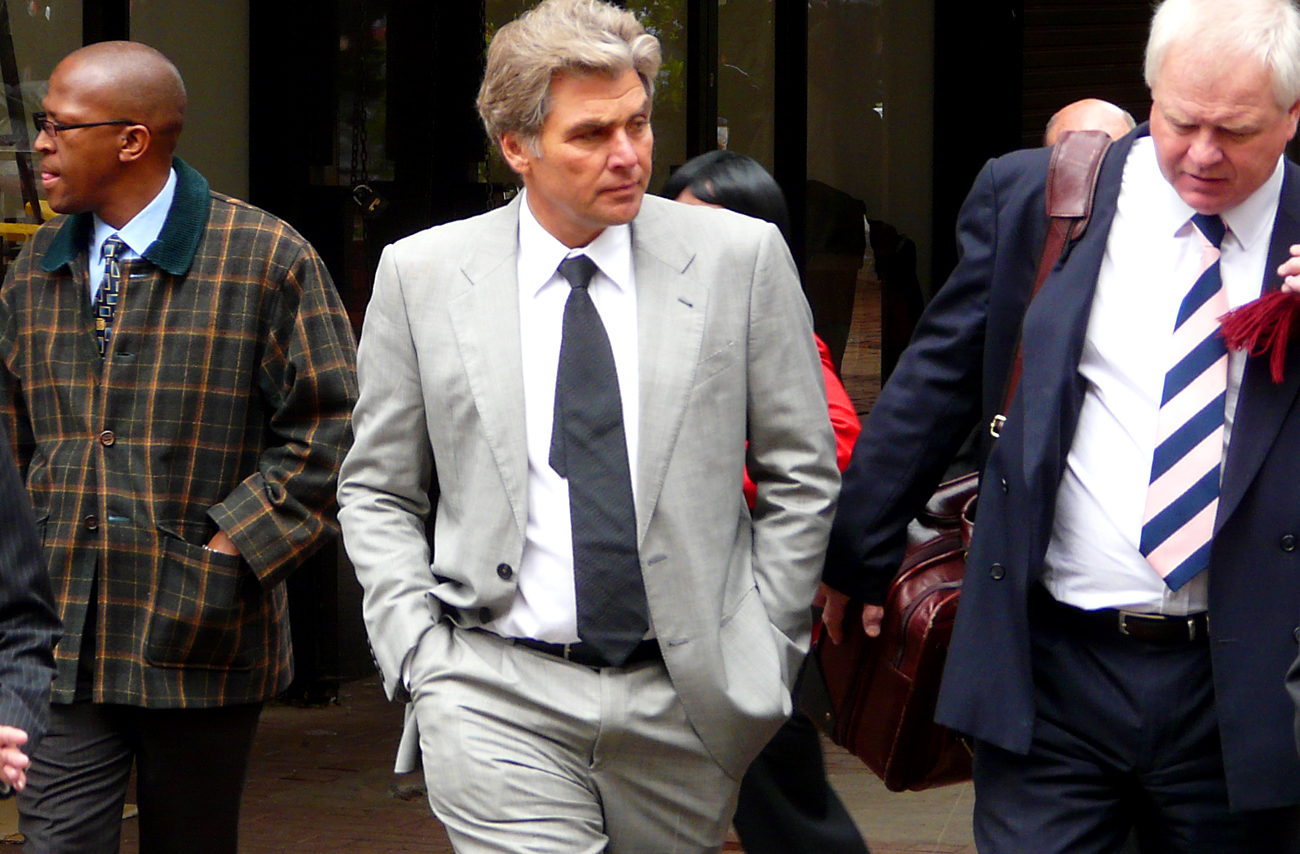 Nothing is simple in the Jackie Selebi trial, but on Thursday Billy Rautenbach did his best to tell the court that he bribed Selebi but not Bulelani Ngcuka. Which is not exactly the same story as Glenn Agliotti has been telling. Not that either Rautenbach or Agliotti have proven themselves entirely trustworthy over the last decade, of course.

Having finally made it to court after he was in Dubai rather than Johannesburg earlier this week, Muller Conrad Rautenbach (better known by the nickname Billy) had an explosive story to tell on Thursday morning – but one with plenty of holes for the defence to exploit.

Rautenbach said that in April 2005 his then business partner and lawyer, James Tidmarsh, met Jackie Selebi and Glenn Agliotti in a Johannesburg hotel. Up for discussion was the legal troubles Rautenbach faced at the time, among them charges for fraud and tax evasion. Tidmarsh returned to the Democratic Republic of Congo, where Rautenbach was waiting, and reported success.

“I met with the Commissioner of Police and discussed your case,” Rautenbach recounted Tidmarsh as saying. “Agliotti has a contact and we may be able to take this forward to the next level.”

Taking it to the next level meant handing over $100,000 in cash to Agliotti a few days later, when he flew into Lubumbashi airport and stayed just long enough to receive the money. The prosecution says $30,000 of that ended up in Selebi’s hands. Agliotti had previously sold Rautenbach on the reach and extent of his contacts, using a picture of himself and Selebi as one of his props. “He was quite presentable, quite a salesman,” Rautenbach recalled. Jackie Selebi arrives at court on the day that Billy Rautenbach took the witness stand, 19 November 2009

Rautenbach implied that he had little choice but to hand over the $100,000 because “prosecuting authorities at that time had closed the door” and there was no other way to make the arrest warrant hanging over his head go away.

Defence counsel Jaap Cilliers, who has been earning his pay by raising doubt about details like amounts and dates throughout the trial, contended that Rautenbach had the date wrong. Cilliers put it to Rautenbach that the $100,000 handover to Agliotti could have happened in January 2006, during another visit to the DRC. Nope, Rautenbach replied, by that time he and Tidmarsh had had a falling out, so the handover must have occurred in April 2005, as the prosecution contends.

If Rautenbach’s version of events is true, then he didn’t exactly get value for his money. He eventually agreed, in September this year, to pay R40 million to have the charges against him dropped, so Selebi clearly didn’t do much for his case.

That is where former head of national prosecutions Bulelani Ngcuka comes into the picture. According to Agliotti, Ngcuka tried to solicit a bribe from Rautenbach in return for making his problems go away. That isn’t the picture Rautenbach paints. By his account meetings with representatives of Ngcuka held outside the country, and letters from Ngcuka himself, tried to gather intelligence from him regarding the DRC, but offered nothing in return. In fact, he expressed some frustration that what he wanted to discuss – the outstanding arrest warrant – was always on the back burner.

“I don”t know where Agliotti got that from,” Rautenbach said under cross examination, when asked about Agliotti’s allegation.

Rautenbach also recounted a meeting with Agliotti and John Stratton (then the right-hand-man of Brett Kebble, now a fugitive in his suspected murder) in Harare. There, Rautenbach said, Stratton wanted to know if Rautenbach had “any dirt” on Ngcuka. He said that he didn’t, but did tell the men about a meeting between his representatives, the National Intelligence Agency and Ngcuka’s representatives in Maputo.

Is that the basis of Agliotti’s allegations against Ngcuka? Perhaps. But with opposing stories from two admitted criminals it may not be that simple for the court to find Rautenbach’s testimony any more credible than that of Agliotti.