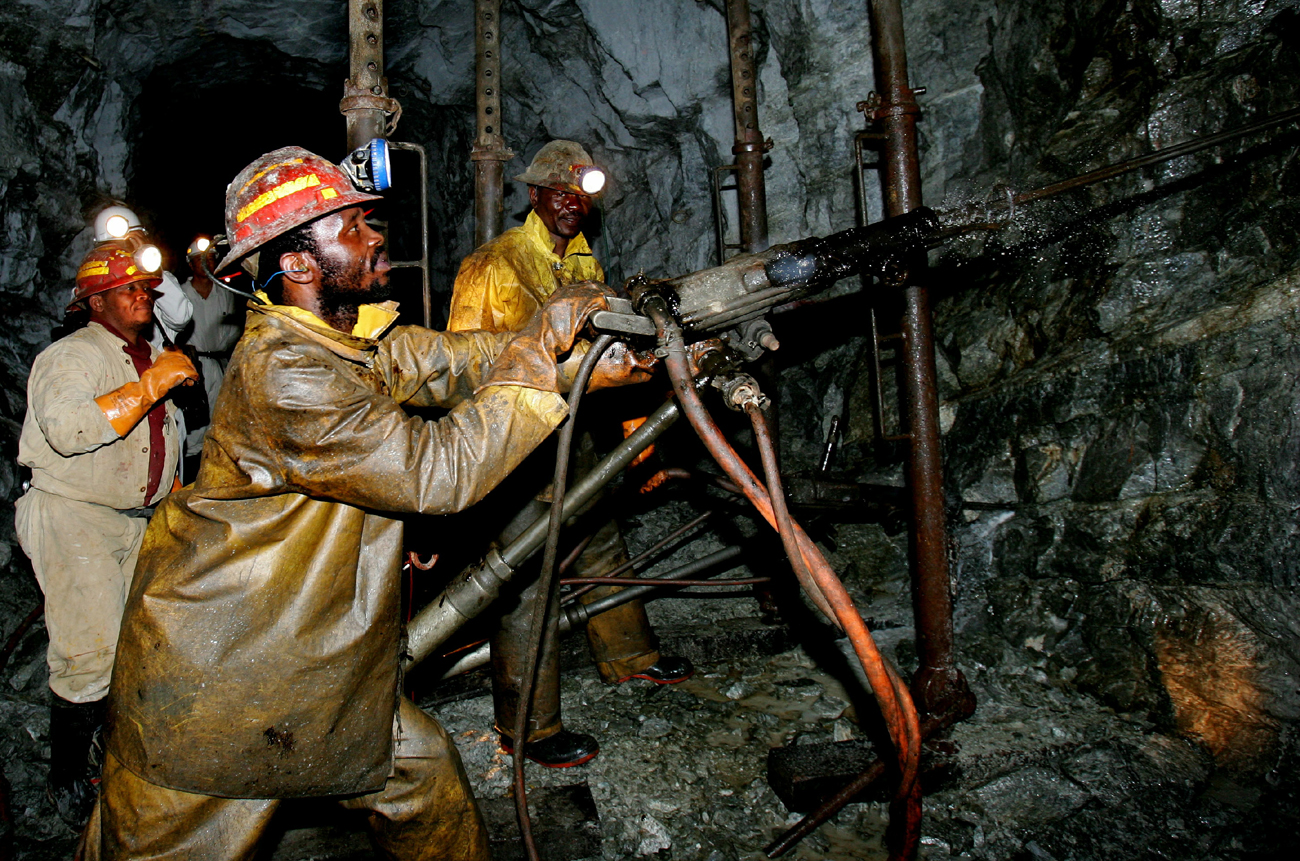 Here’s an interesting factoid: despite having about half the world’s known gold reserves, South Africa will produce less gold this year than it did in 1906, when horses were the predominant form of public transport. But amazingly, the extraordinary decline of South Africa’s gold mining industry is not the subject of public outcries, parliamentary enquiries or even particularly of public comment.

Yet every year, less and less gold gets produced by an industry ravaged by increasing costs, lower ore grades, a hostile mining ministry whose priority is overwhelmingly focused on transformation rather than production and a largely disinterested public.

Mines are too rural, too much manned by foreigners, too out of the public eye for the public to care particularly – at least beyond the boundaries of the little settlement where they’re located. But yet, it’s at least arguable the industry is a kind of Zimbabwe-Lite: the crucial national resource subject to a gradual, land-grab encroachment by people suffering under misguided notions about the riches the industry supposedly offers and what is required to keep it going.

Despite constituting a smaller proportion of GDP than ever before, the SA mining industry still contributes about half of SA’s exports, mining companies constitute about a third of the value on the Johannesburg Stock Exchange, and the industry employs about half-a-million people.

Gold industry executives struggle manfully against this trend, trying desperately to keep in with a government whose first instinct is apparently to regard the industry as the pot of gold being stolen from the nation. The latest threat is the call for nationalisation, to which much of the gold industry might just respond: “Take it, brother, and good luck with that.”

The organisation does not specify or speculate on the reasons for the decrease, and the big question is what part of the complex matrix constituting gold production in South Africa is causing the problem. Is it production problems, over-taxation, poor labour practices, government interference or what? No one knows, but more importantly, no one seems really keen to seek an answer in any systematic way.

South Africa has been sliding down the hierarchy of producers for years, a fact which is slightly exacerbated by the large increase in the total amount of gold being mined around the world. In 1970, South Africa produced 68% of all gold mined that year. In the early 1980’s, South Africa was still producing more than half of the world’s supply. By the 1990s this dropped to 20%, and is now less than 10%.

Clearly, production problems have been and currently are a real problem for the SA industry. No-one doubts that the fact of gold mining in SA is that it’s deep, dark and dangerous.

Grades have generally dropped below 5g/t since 1995. They have never been lower than they have in 2007 when they came in at 4.2g/t.

Mining depths in South Africa are also a huge challenge for gold miners. The Driefontein mine is now at 4,120m. At this level, the surface rock temperature is about 70degC and the mines spend millions on cooling systems.  Rock pressures are enormous, and the heating/cooling process makes them prone to what are described as “rock bursts”. It’s no wonder that consistently more than 100 people a year die in South Africa mines.

With increasing electricity costs, the average cash cost of mining for the gold industry is now over $500 an ounce for the first time ever.

Yet, however challenging these enormous problems are, they cannot be the whole story. Grades are low, but have been for a decade or more. They dropped below 5g/t 15 years ago when SA was mining three times more ore than it is now.  Mines are deep, but this too is not a new problem. Western Deep Levels reached a depth of 3,581 meters way back in 1977.

And the biggest incentive for the industry is that the gold price is now comfortably over $1000 an ounce. Even with costs now about half that, gold mining ought to be profitable business, even in South Africa.

It’s almost impossible to avoid the conclusion that the high and rising taxation rates, comparatively high wages for a basic industry, stringent BEE requirements and talk of nationalisation are all hindering the gold industry in South Africa.

Often what is not said is more important that what is. When was the last time you heard of a new gold mine being developed in South Africa?

The future will probably soon yield answers to all the questions we posed. But one thing is for sure: fewer and fewer people are betting their farms on SA gold production.