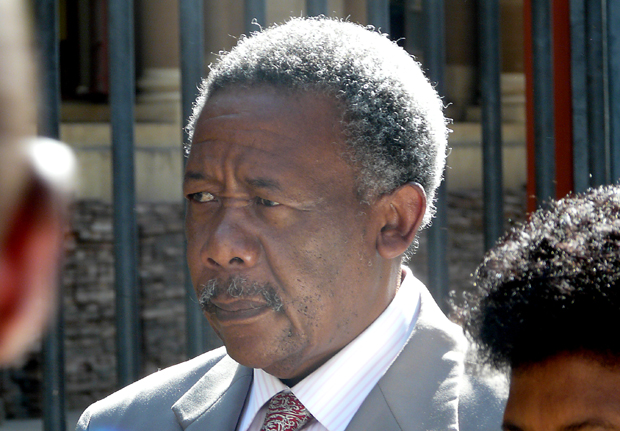 Witnessing the Selebi trial from the public gallery is like watching a stentorian father disciplining an errant and precocious son. Behind the dignitas and studied impartiality of the judge’s handling of court proceedings lies an acute battle of wits and wills. You also soon learn that all involved are only human – even Judge Meyer Joffe.

So Jackie Selebi will go back to court on Monday after a firm Joffe dismissed, line-by-line, his attempt to have the whole thing start all over. The judge said it was difficult for a litigant to establish bias, because claims of bias must be “actual bias”. Jaap Cilliers, Selebi’s defence counsel, had argued Selebi’s “apprehension of bias”, meaning the accused feared he would not get a fair trial.

Joffe’s rebuttal of the defence’s recusal applications drew from a long list of legal precedence set by both the Constitutional Court and the Supreme Court of Appeal. He said that it is normal for an accused to suffer anxiety or apprehension of bias, while at the same time judges should not be overly sensitive to requests for their recusal.

“I may only recuse myself from a trial on a judicially recognised basis for me to do so,” Joffe said. “It is rare that a court will uphold a complaint of bias; even as a judge may express incorrect views, it is not sufficient ground to claim bias.” Joffe then said any wrong conclusion in the trial would have come from evidence in front of him.

Joffe told the court that it was apparent from the outset the trial would be long and arduous and subject to intense media coverage, and despite a judge maybe having good personal reasons to not want to participate, the law didn’t allow this. (See The Daily Maverick’s report of possible death threats against Joffe.)

“A criminal trial is not a game”, he said, adding that a judge’s role is not only that of an umpire, but more an administrator of justice who manages and controls proceedings, including not listening to irrelevant evidence. “It’s a thin line between managing a trial and getting into the fray.”

Cilliers’ multi-faceted application referred to intense exchanges between judge and defence counsel (read: you were rude to me, your honour, and hurt my feelings); documents not made available to the defence, and postponement of the trial earlier this year. He also cited media influence of the judge (including utterances made by former National Prosecutions heavyweights Bulelani Ncguka and Vusi Pikoli, and the prosecution), and that Joffe had misunderstood that R30,000 Agliotti gave to Selebi for an Interpol dinner was for lobbying to become head of international crime fighting, and not for a celebratory feast.

Cilliers also claimed time-wasting (postponements and multiple adjournments), the amendment of the charge sheet, and inadmissible evidence. But Joffe said Cilliers had never followed up on this, and instead chose to lay the blame at the judge’s door. He said an article in City Press newspaper about a new Agliotti video (not seen by the court) had not biased him. Joffe said he held no prior case knowledge of either Glenn Agliotti or Jackie Selebi other than what has been presented in court, saying that only evidence tendered at trial can be utilised in concluding that trial.

The level of personal animosity between lead prosecutor Gerrie Nel and Cilliers was also made evident, so much so that Joffe said it sounded like the defence also wanted the recusal of the prosecution. But Joffe had difficulties with Cillier’s objections over state prosecutor Nel, because he had never raised these objections until his request for recusal.

Selebi said after the session that he expected the outcome against him, and that the battle over documents is “scary stuff”, because the state wanted items such as boarding passes and immigration control documents (which are not in duplicate) from way back when. Next week sure is starting to look interesting.