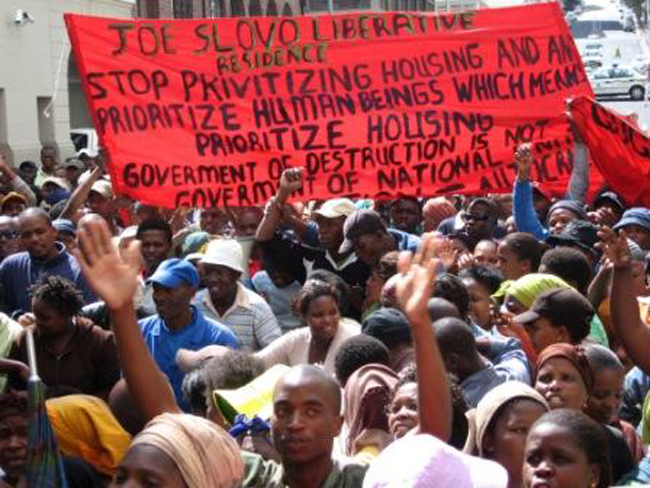 Jacob Zuma has given mayors a tongue-lashing about their role in the most recent service delivery protests. He's also shown that the ANC is getting worried about local government elections in 2011 – and rightly so.

President Jacob Zuma gathered the country’s mayors in Khayelitsha and had a real go at them on Tuesday. But he also admitted that “the fusion of executive and legislative mandates creates problems,” which, though it doesn’t entirely let them off the hook, served to soften the blow. And the blow was this made-for-soundbyte quote: “In some municipalities councillors tend to interfere in administrative management and operations of municipalities. They want to be mayor and municipal manager at the same time.”

Zuma’s put his finger on something here. In both the waves of xenophobic violence and service delivery protests the lust for power has been identified as a trigger, if not a motivation in itself. The fact is that in many municipalities the rulers have it pretty good, especially relative to the people they represent, and the end justifies the means when it comes to securing that council seat.

The ANC appears to be in the midst of another discussion about deployment and its impact. Zuma says that “many municipalities face a deep crisis of governance, due to political power struggles.” This only one day after the Gauteng ANC said that some elements of the SA Communist Party had been involved in orchestrating protests in Diepsloot over the last two weeks. The mechanisms of the Tripartite Alliance to resolve disputes seem to have failed.

To put it another way, the SACP and Cosatu have realised that while Zuma is now President, they’re still not in the land of nationalised mines and decent work for all. They’re angry, and trying to take power by other means. ANC members are getting angry in turn, and pushing back, and the whole thing plays out within municipalities against a backdrop of burning clinics.

Municipal government has been a problem since many of the new councils were created. It’s something the ANC hasn’t been able to do well at all. Gwede Mantashe himself has admitted this, telling Gauteng ANC councillors earlier this year that “the DA is better in local government because it has specialists who spend twenty years just as councillors, they don’t all want to do something else”.

So, what will happen now? Zuma (feeling, we think, the proximity of the 2011 local elections) has also mayors as the heads of departments who aren’t doing what they’re told must be dealt with. There will be some blood-letting and settling of old scores. Mayors will try and get rid of municipal managers, while managers try and get rid of mayors, and all of them will use Zuma’s call as a justification. Then the ANC will probably try to remove some of their powers, and hope that greater interdependence and oversight makes everything more effective. Managers must manage, and councillors must make by-laws. That at least will be the aim.

The ANC knows it must act, and soon. In local ward elections over the last few months, the DA has been winning wards in Tembisa. Tembisa. The DA. Winning. They know that is the very definition of a protest vote, and not because people living there necessarily support labour brokers either. But these are people who want local services to work, the power to stay on, and a bit of help with water.

It’s a long road from Tembisa to Khayelitsha, but Zuma chose to speak in a municipality that seems to be working better than most others. Khayelitsha is technically part of Cape Town. And it seems to have found a way out of ANC power struggles.