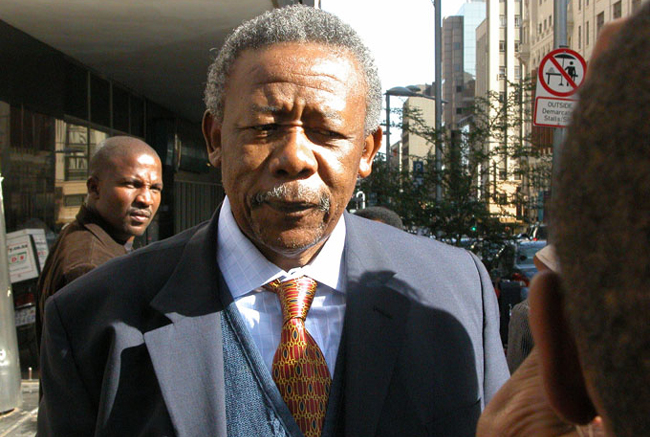 With each passing day, things appear worse for the prosecutors who’re trying to put Jackie Selebi behind bars. The latest in this cloak-and-dagger potboiler is yet another videotape, which has obviously been leaked to the press by a nefarious and clandestine source. Could you even make this stuff up?

In the South Gauteng High Court on Tuesday, the court record of a trial that wasn’t looking straightforward to begin with suddenly got a whole lot more complicated. Remember the video admitted as evidence last week, the one where the State’s star witness Glenn Agliotti told former deputy police commissioner Mulangi Mphego that the Scorpions were out to get him? Well, it turns out there could be another video, one that allegedly proves Agliotti contradicted his own testimony – again.

Problem is, neither Jackie Selebi’s defence team nor the prosecution nor Agliotti himself have ever seen this second video. The first anybody heard of it was on Sunday, when City Press ran an article quoting from the dialogue. The gist of the matter, according to defence counsel Jaap Cilliers, is that Agliotti’s words gainsay his testimony before the court last Wednesday: he had then stated, during cross-examination, that Mphego invited him to an off-the-record meeting – which became the subject of the initial video – while the new video, if it exists, suggests that the meeting was in fact Agliotti’s idea.

Why is any of this important? Two reasons, conceivably, and they’re equally good. First, there’s the strategy of the defence, which hangs on the dual approach of showing up Agliotti as a liar, thereby nullifying his credibility as a witness, and at the same time quashing all evidence of his allegedly corrupt relationship with the accused. Cilliers will take either of the above, but he’s gunning for both. With last week’s video, which presents an embittered Agliotti complaining about the DSO’s single-minded vendetta against him and his mate Selebi, and the as-yet-unseen video in the City Press report, which apparently busts Agliotti perjuring himself, Cilliers is having his cake and eating it too.

Then there’s the second reason this new video is significant. As Judge Meyer Joffe put it on Tuesday morning: “Somebody had shown that video to the reporter with the intention of influencing the proceedings of this court.”

It could easily be that the reporter in question, the only person known to the court to have actually seen the video, gets called up to the witness stand to give testimony. If so, there’s one question that reporter will fear most: who gave it to you? Proper journalists, everybody knows, don’t squeal on their sources.

But whatever the outcome of that unenviable scenario, Judge Joffe’s point stands firm. Somebody is apparently trying to influence the proceedings of his court. Should this person – or, more likely, these people – eventually be outed, it’s highly unlikely they’ll emerge as enemies of Selebi. On the face of it, the State has nothing to gain by leaking a video that allegedly confirms Agliotti a liar.

So the political conspiracies fester and multiply and mutate. In another key exchange of the morning, Cilliers returned to his pet theory that the now-defunct Scorpions, under the guidance of the current trial’s prosecutor Gerrie Nel, wanted Selebi silenced so that the unit wouldn’t be incorporated into the police.

Specifically, Cilliers cross-examined Agliotti about his attempt to arrange bail while being held on charges of drug trafficking in December 2007. “You gave [the Scorpions] a detailed statement, which you referred to as a Section 204 statement on the matter?” he asked.

“You made a full disclosure?”

“You also tendered yourself as a State witness if any prosecution should follow?”

“But clearly, Mr Agliotti, that was unacceptable to the State.”

Cilliers then established that Agliotti’s statement of 7 December 2006 contained only references to the killing of mining magnate Brett Kebble, and no references to Selebi. After a further statement made on 11 December, he added, where Selebi was mentioned, bail was granted.

“Could it be, Mr Agliotti, that you knew the only way you could get out of the predicament of being in jail…was if you implicated the accused?”

Small wonder the morning recess found Selebi laughing and joking outside court 4B with Aziz Pahad, a close friend of ex-president Thabo Mbeki and former deputy minister of foreign affairs.