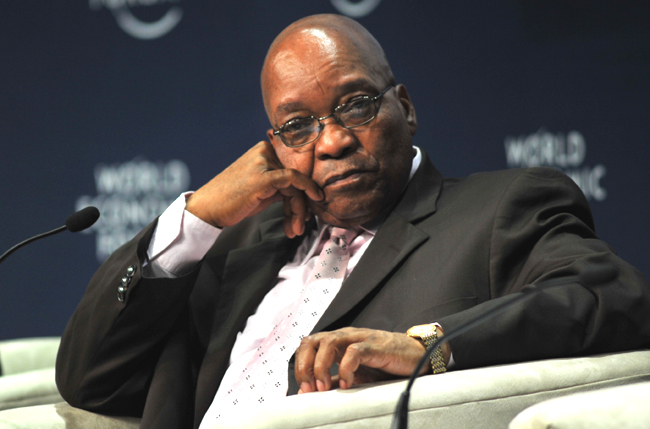 Jacob Zuma has a government infected with the same infighting that permeates the alliance he leads. He seems to not yet have picked a firm strategy for dealing with that – but the clock is ticking.

The dictatorship option would be for Zuma to impose himself over the debate, and to declare himself to be the ultimate arbiter. It would be a kind of “my way or the highway” imposition of authority and dominance, in which the two bitter enemies would get along or get going.

The diplomacy option would be to try and play the role of mediator, cherry-picking the skills and ideas of the one or the other alternately, depending on their effectiveness or popularity on the ground and other political circumstances, like the international environment.

By selecting them both to his cabinet in the first place he was implicitly acknowledging a deep rift in the party. But how does he manage that disconnect? This issue is rapidly emerging as the most pressing of his presidency, and his success or failure may be the measure of his tenure.

As Zuma continues to makes on-the-ground strategic decisions we’re starting to see the emergence of his philosophy, and he seems to be leaning towards: sticking to the middle of the spectrum.

One such decision is on who heads which “cluster”. These “clusters” are supposedly the mechanisms for “policy co-ordination” between departments. This, in itself, is a notion introduced by the left in order to stop particular ministries going rogue. Now that this leftist idea has been initiated, the next step is gaining control of these newly powerful, but amorphous and unaccountable bodies.

The significance of the clusters is that they are the route legislation takes to cabinet; in other words they are a crucial funnel. The clusters bring together various ministries, and include human development, social protection and community development, international co-operation, trade and security, governance and administration, and justice, crime prevention and security. The two critical ones are economic policy and infrastructure development.

Business Day reports today that Zuma has take a crucial decision, effectively ousting Manuel from economic policy and kicking him downstairs into the infrastructure development cluster. At the same time, the champion of the left has been included in the economic policy cluster, effectively a concession to Cosatu who feel Patel is being sidelined. This decision suggest Zuma intends operating in diplomatic mode, essentially trying to mediate between the two on this occasion.

But Business Day also reports that neither Patel nor Manuel is being made chair of either cluster. Transport Minister Sbu Ndebele will chair infrastructure development while Rural Development and Land Reform Minster Gugile Nkwinti will chair the economics cluster.
By putting both of them down, Zuma’s dictator aspect is showing somewhat.

Still, it’s impossible not to notice that in both of these decisions the loser is Manuel. From being the overall czar of planning and co-ordination of the practice of government, which is so much more important that the theory of government, Manuel is reduced to something like 2010 stadium overseer – and not even the main man doing that.

The second issue concerns an aspect of Manuel’s planning Green Paper, which conceived of a 20-member commission of outside experts and a ministerial committee chaired by Manuel and reporting to cabinet. The Communist Party and Cosatu, who proposed the planning commission in the first place, now suddenly don’t seem to be so keen about it anymore and have proposed a new structure. This will include a ministerial committee chaired by, you guessed it, Patel.

Meanwhile, service boycotts are breaking out all over the country. It’s hard to say just how protesters view these intra-alliance spats, but frustration and bewilderment is probably a good guess. The infighting certainly won’t give anybody reason to believe that service delivery is top of mind for all the players.