ANALYSIS: Is the fate of the Zimbabwean dollar the real... 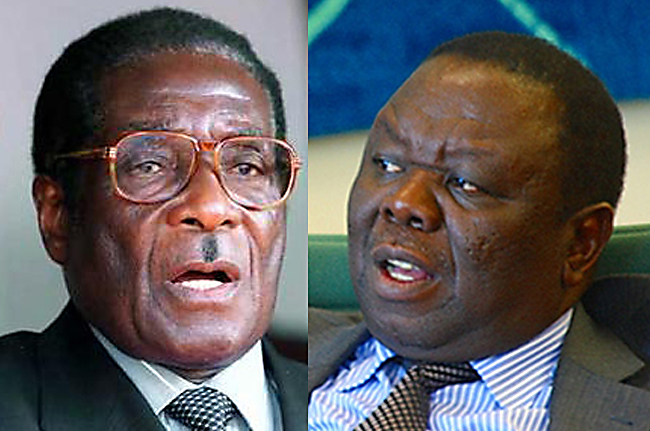 What lies behind the decision by Zimbabwe’s opposition Movement for Democratic Change to pull out of the unity government? Anger, obviously. Bitterness, obviously. But could the Zim dollar and its future be the actual root cause of the problem?

The decision by the MDC to boycott joint meetings constitutes a major setback for the unlikely, eight-month old coalition between enemies that followed the March 2008 election. The unity government was foisted on the unwilling participants by the SA Development Community, and is exactly the kind of simplistic “we all need to get along” solution so beloved of SADC and in which everyone theoretically gets a bite at the pie.

Yet this coalition has proved so totally unworkable, except for one thing; it forced Zanu-PF to accept the reality that the Zim dollar is dead. And with the demise of the Zim dollar, Zanu’s power to be the ultimate benefactor in the thin stream of patronage that constitutes what is left of government in Zimbabwe has slipped away.

This was a game-changing event, and one that Zanu was forced to confront, which it has done with its characteristic shrewd brutality. In his decision to leave the government, MDC leader Morgan Tsvangirai commented that the position had been forced on him by President Robert Mugabe.

This comment was generally regarded as an attempt to shift the blame, but actually, it was absolutely true and perfectly consistent with Zanu’s manoeuvring – to force the MDC out of government by doing the unspeakable. The decision to arrest the minister of agriculture Roy Bennett, an old Mugabe foe, on 15 October to face trial on eight-month-old charges of terrorism, insurgency, sabotage, and banditry was only the most obvious of these manoeuvrings.

Commenting on the MDC’s decision, Tsvangirai said there had been “total abuse” and disrespect of the Global Political Agreement. Ministerial mandates have been changed unilaterally and internal government rules have not been changed to recognise the new reality.

Yet in trying to force the MDC out, Zanu has miscalculated in one respect; it was hoping Tsvangirai would withdraw from government completely. By only partially rising to the bait and boycotting meetings, but not the government, Tsvangirai has demonstrated that his Machiavellian instincts are sharpening too – presumably he is picking up tips from the master.

According to the Christian Science Monitor, some political analysts say Tsvangirai’s strategy is to stop pretending the current arrangement is working and force regional African leaders and the international community to put pressure on Mugabe to start abiding by his promises.

Washington Katema, a fellow with the Institute for Democratic Alternatives in Zimbabwe, said the MDC will not pull out of the unity government which has brought relief to ordinary Zimbabweans, the CSM notes.
“This is meant to ratchet up local and international pressure on Mugabe so that he can address the outstanding issues,” Katema said. “The political cost of MDC withdrawal would be too ghastly to contemplate.”

This is the part of Tsvangirai’s strategy that is most open to debate. Relying on pressure from the international community as a kind of stick to force concessions out of Mugabe is questionable at best and downright naive at worst given SADC’s weakness on the issue.

Reuters quotes Eldred Masunungure, a political analyst at the University of Zimbabwe, as saying: “But I do not think that this will lead to the collapse of the unity government. It is a difficult moment for the GNU, but if SADC has any conscience still left it should move swiftly to salvage what is left of the unity government.”