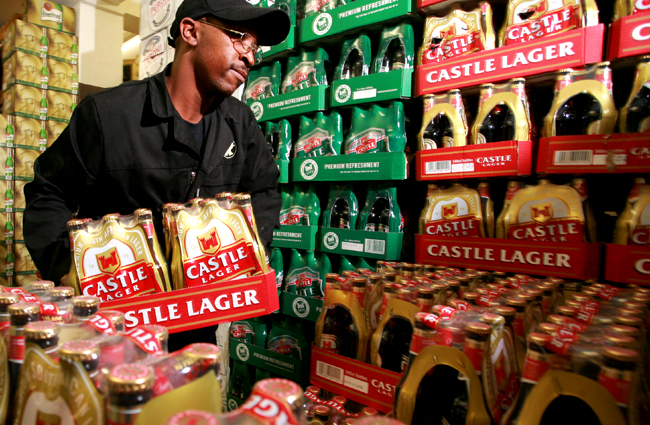 Here is something really scary: can it possibly be that South Africans are so saturated they can’t drink any more beer?

Years ago, during deepest apartheid, humorist PJ O’Rourke toured the third world countries and tin-pot dictatorships of the world  to write the book “Holidays in Hell”. When he finally arrived on South African shores, he was impressed with the countryside, found the people friendly, but he had one problem.

“I stayed a month in South Africa, travelled five thousand kilometres, and talked to hundreds of people and came back with a two-word answer: they’re drunk,” he wrote. South Africa’s mythical lifestyle revolves around sunshine and something called a “braaivleis”. But we all know what that means; it means you get something to eat while you are drinking.

Getting drunk is one of the few cultural experiences truly relished across the race, class and the urban/rural divides. We all do it, even judges who then drive into people’s walls after having “two glasses of wine”. Ya. Right.

But amazingly, it seems we have reached our limit. South Africa is unusual in that it is a one-horse town in respect of its beer market, with SAB totally dominating beer sales despite the manful attempts of Namibian breweries.

SABMiller announced yesterday that SA lager volumes were down 3%, presumably  affected by the recession.

But the key fact in SABMilller’s presentation was that soft drink volumes were down 2%. We know it was a key fact because it was the last line of the statement.  If the recession is to blame for the decline, surely soft drink sales would go down by the same margin? And despite the recession, volumes in other African countries continue to explode: Uganda up 18%, Zambia up 23% and Mozambique up 7%, SABMiller said.

Could it be that we have reached our beer-consumption ceiling?

Technically, the answer is “no”. According to Wikipedia, each South African consumed on average 59,2l of beer a year. This puts South African’s right up there with the big beer drinkers in the world, ranking the 22nd least abstemious nation  in the world, at least when it comes to beer.

But this rate of beer drinking is pathetic compared to the real pros like the Czechs who drink 156l a year and the Irish who down 131l annually.

In some respects, not only are we not keeping up in the beer drinking stakes, it’s embarrassing. The Australians drink almost double what we do and so do the Brits.But you can’t help noticing that most of the countries above us are developed countries and presumably there is some correlation between beer drinking and overall wealth.

Overall, in an almost inescapable conclusion that SA needs to work harder on its overall beer drinking capacity.