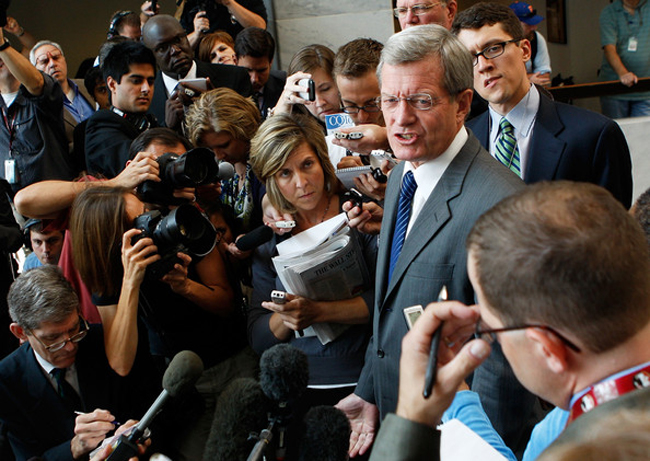 In explaining her vote, Snowe said, “When history calls, history calls.” Her vote gives the Obama administration’s desire to remake health care at least the patina of bipartisan support. Obama called the vote “a critical milestone” adding, “We are going to get this done.”

This version now joins three other proposals from the House of Representatives and the Senate as both houses now gear up for full floor fights as well as an effort , further down the road, to reconcile the resulting measures between the two houses in a final bill that would go to the president for signature.  Democratic Party unity will be crucial in the Senate with its tradition of allowing for unlimited debate on measures, unless at least 60 senators agree to close off debate.

Various interest groups – labour unions and business alliances among others – have already argued for changes in the middle-of-the-road measure structured by the finance committee under Baucus’ direction. Despite the hurdles remaining, however, this proposed measure has already moved further along than the embarrassingly unsuccessful effort proposed at the beginning of the Clinton administration under the direction of the then-first lady and her policy advisor, Ira Magaziner.

The next step, now, will take place in the Senate as the Democratic Party’s Senate majority leader, Harry Reid of Nevada, has already announced a full Senate debate will begin in 12 days.  At least in theory, this debate will blend together with another health care reform version that was passed earlier by the health, education, labour and pensions committee.  However, the majority leader – especially if he has the support of a sitting president in the background – holds something of a near-free hand in shaping the measure that actually comes forward for a full Senate vote. As Baucus commented, “The bottom line here is we need a final bill, a merged bill, that gets 60 votes. Our goal is to pass health care reform, not just talk about it.”

The most fraught issue for any of the proposed measures continues to be around the idea that the national government would offer insurance that could compete with privately available medical insurance.  The Baucus version does not have such a provision, while the other senate version does, and many – but not all – House of Representatives Democrats support this idea as well.

In broad aspect, all four versions require most Americans to purchase medical insurance, provide federal subsidies to help poorer Americans pay for coverage and give small businesses help in offsetting the cost of health care coverage for their employees. The measures would also prevent insurance companies from denying coverage on the basis of pre-existing medical conditions, and, for the first time, limit their ability to charge higher premiums on the basis of age or family size. This would be funded by cutting hundreds of billions of dollars from future Medicare payments to health care providers. Each house also envisions certain tax changes to support the programme.

Senator Charles Grassley, a Republican opponent of health care changes and a member of the Senate finance committee, has said such legislation would put America on the “slippery slope to more and more government control of health care”.  His criticism came as a study by a health insurance group was released on Monday, just before the committee’s vote, claiming that even the Baucus version would significantly increase the average family’s health care insurance costs by thousands of dollars.

Amid harsh criticism of the report by the AARP, the president and others,  Massachusetts Institute Technology economist Jon Gruber analysed this report and insisted there were important methodological and analytical mistakes in its figures and conclusions. Gruber, who had helped Massachusetts with its own earlier effort to provide universal health insurance coverage, said the insurance industry study did not take into account administrative overhead costs that would “fall enormously” once insurance policies are sold through new government-regulated marketplaces, or exchanges.

Fasten your seatbelt, this roller coaster ride is only just beginning and it’s gonna be bumpy.