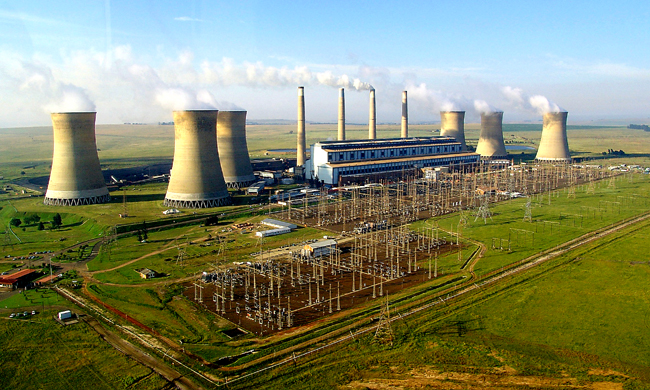 Well, the leaks were right. Eskom has formally, officially and undeniably confirmed that it wants three annual price increases of 45% each over the next three years. Assume you're paying R1,000 a month for electricity per month right now; that makes your bill just over R3,000 by 2011. Time to start looking for that second job.

Early leaks have desensitised us to the horror somewhat, but Eskom’s preferred price increase structure is huge and is going to hurt, unless you are a government department that simply doesn’t pay its bills or a smelter operator with 100-year price agreements in place.

Eskom boss Jacob Maroga realises that. “This is painful, but for the good of the country we have to do it,” he said at the announcement on Tuesday. He also realizes that this will hurt jobs, the economy and basically everyone. But there’s nothing he can do about that, apparently. “We can’t say we will save jobs and stop building power stations and have no security of supply, you can’t do it.” Of course he’s right, mostly, and all the more irritating for it. Most people will pay to keep the lights on, including energy regulators and parliamentarians who dare not refuse his demand. But it does verge on blackmail.

It is clear that Eskom, and more significantly, the energy ministry, have realised that the big once-off increase of around 140% is completely out of the question. That would have left no shortfall when it comes to the parastatal’s planned investment, and been better all round for the industry, but President Jacob Zuma’s government has no wish to see service delivery protests spreading to the moneyed parts of suburbia.

As a result Eskom is still around R30 billion short. It’ll have to get the money somewhere. If you have to ask where, look at the name at the top of your power bill. If it isn’t direct, it will be through tax, but it will come from you.

These increases will hurt everyone. They’ll put up inflation, which will knock on to interest rates, which will slow the economy (and perhaps, ironically, reduce demand for electricity). Maroga knows this, so he has polished his political and sales skills in order to retain the ability to walk down the street rather than being chased down it by an angry mob.

At the last National Energy Regulator hearings he was given half an hour to sum up his application. The E-news channel broadcast it live. It was a golden opportunity to teach the nation about the economics of electricity production. He blew it completely, speaking for only ten minutes, and then leaving the stage. Today, he started off with his stump speech, then a fifteen minute presentation of where Eskom came from, how this happened (in other words, how it’s not his fault) and what needs to happen. A gold star for effort, but sadly that doesn’t change the content of the message.

Technically speaking this application still has to get past regulators and there’ll be lots of sound and fury and gnashing of teeth before the rubber stamp is wielded. The decision is a stitch-up. It’s been decided in a (deliberately) dark room.

See the Eskom application in full, as well as the presentation to the media, here.