Selebi trial: Agliotti rolls over, gets tummy tickled b...

Selebi trial: Agliotti rolls over, gets tummy tickled by defence 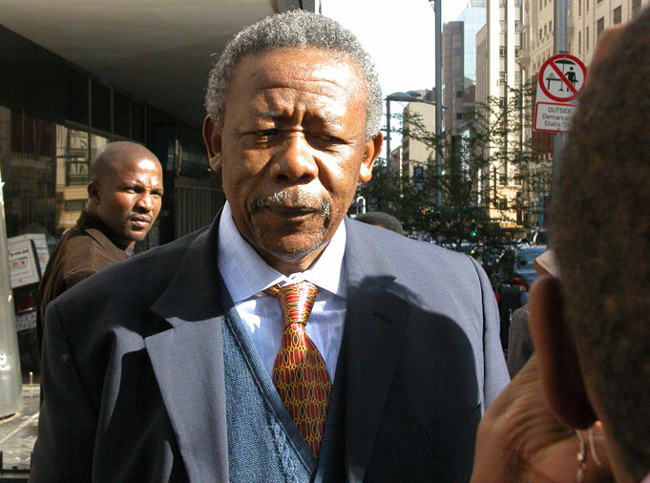 State prosecutor Gerrie Nel can’t be happy with his chief witness Glenn Agliotti. In court on Friday, “Mr Nice Guy” gave the defence team in the Selebi corruption trial exactly what they wanted.

The State’s star witness in the Jackie Selebi trial, Glenn Agliotti, continued to play into the hands of the defence team in the South Gauteng High Court this morning. Referred to by many who know him as “an all ‘round nice guy,” the self-confessed drug dealer seemed eager to please defence counsel Jaap Cilliers SC as the latter probed him about the nature of his relationship with the former national police commissioner.

The day started with Cilliers putting it to Agliotti that the only “return” he received from his friendship with Selebi was the sight of “three reports”. Although Cilliers did not immediately specify what reports he was referring to, it was understood from prior proceedings that their content detailed, amongst other things, a UK investigation into Agliotti’s drug trafficking activities.

“Did you get any further returns from the accused?” Cilliers asked.

“In my view, he was my friend,” said Agliotti. “So I would call him and he would come to meet me.”

“In your view, if a friend turns up for dinner, does that make him corrupt?”

Cilliers then attempted to establish from the witness whether the reports had any bearing on the Kebble family. Agliotti answered that he thought one of them did. Soon reaching the point of this line of questioning, Cilliers asked: “There was never a suggestion that [Selebi] got money from the Kebbles?”

The following theme in the defence team’s cross-examination focused on Agliotti’s alleged involvement in an international drug smuggling ring. First, Cilliers re-emphasised a series of answers provided by Agliotti to the State on Wednesday, when the witness had denied that the UK report’s assessment of his illegal activities in London were correct. Next, Cilliers referred to stories that broke in the South African press in 2006, exposing the friendship between Selebi and the so-called druglord.

Agliotti testified that soon after the stories appeared, he had a discussion with Selebi. It was agreed between the men that security expert Paul O’Sullivan and the Directorate of Special Operations (DSO) were behind the “campaign”. Cilliers established from Agliotti that Selebi later provided him with an email where the involvement of O’Sullivan and the DSO was clearly spelled out, and that Selebi instructed Agliotti to take the matter to his lawyer.

“Is that untoward?” asked Cilliers.

Cilliers continued: “I put it to you, Mr Agliotti, that you never received any improper assistance from the accused…between 2000 and 2006.”

In answering, Agliotti appeared enthusiastic. “I would agree with you [in the sense that] it was a friendship…and I used that friendship for my own gain.”

The final theme in today’s shortened session concerned ex-Hyundai boss Billy Rautenbach, who has cut a deal with the State regarding criminal charges and unpaid taxes in return for giving evidence at the trial. Agliotti testified to acting as a middle-man between Rautenbach and Selebi, but that Selebi’s advice to Rautenbach – who was outside the country at the time – was to “come back and face the music.”

There was, however, another matter Rautenbach wanted brought to the attention of Selebi – this one to do with the behaviour of ex-DSO head Bulelani Ngcuka. “Rautenbach felt that Ngcuka had conducted himself outside of the boundaries and parameters of his office,” said Agliotti, “as he believed he lost the Volvo truck agency and certain mining operations in the DRC as a result of Ngcuka. This obviously led to a huge financial loss on Rautenbach’s behalf.”

Cilliers asked the witness: “Rautenbach didn’t want unlawful or improper assistance, he wanted the complaint to go to the proper authorities?”

Shortly after the tea break, the judge agreed to postpone the trial until Tuesday morning – so that the defence team could gather documentation that had only recently become relevant to the case.