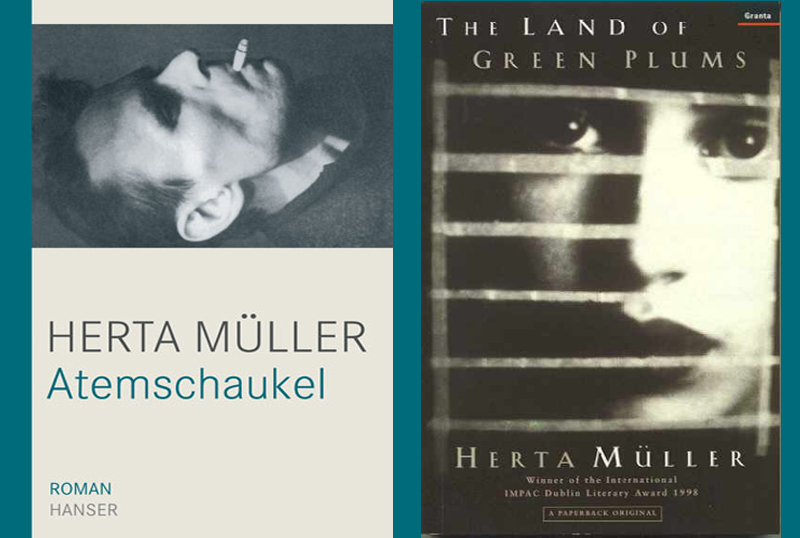 Romanian-born German writer Herta Mueller has been selected for the 2009 Nobel Prize in literature.  The Swedish Academy praised her body of work that represents a ”concentration of poetry and the frankness of prose, [and] depicts the landscape of the dispossessed,” the Swedish Academy said.  This award comes at the head of a long list of European literary awards she has won since 1981.

Some had expected the prize to go to a writer like Philip Roth, Amos Oz, or Mario Vargas Llosa, especially after a leading member of the selection committee had said that recent winners had been selected too often from Europe.

Mueller was born in Nitchidorf, Romania. Her parents were part of the German-speaking minority that had lived in Romania since the 14th century.  Her father served in the German military formation of the Waffen SS during World War II. After the war, her mother was deported to the Soviet Union and spent five years in a Soviet work camp. Mueller studied German and Romanian Literature at Timisoara University, and began working as a translator for an engineering firm, before being dismissed for failing to cooperate with the Romanian secret policy. She emigrated to Germany from the then-communist Romania in 1987, after she made her debut in 1982 with a collection of short stories titled ”Niederungen,” or ”Lowlands”.  (This work was promptly censored by the Nicolae Ceausescu government, but two years later, an uncensored version was published in Germany.) She now lives in Berlin.

Her book described life in the small, German-speaking villages in Romania and was an instant hit with readers. Her second book was ‘”Oppressive Tango.” The Swedish Academy noted that, “Because Mueller had publicly criticized the dictatorship in Romania, she was prohibited from publishing in her own country.”

While most of her works are in German, some have been translated into English, French and Spanish, including ”The Passport,” ”The Land of Green Plums,” ”Travelling on One Leg” and ”The Appointment.”

Alfred Nobel, inventor of dynamite, endowed this prize, together with the Peace Prize and the various medical and scientific prizes. Nobel, distressed by the potential uses of his discovery in modern warfare, established the prizes named after him to help make up for what he thought were the horrific possibilities of his invention. Mueller is the 12th woman to win the Nobel Prize in literature. Recent female winners include Austria’s Elfriede Jelinek in 2004 and British writer Doris Lessing in 2007.  This year, the prize pays $1.4 million and will be presented on Dec. 10 in Stockholm