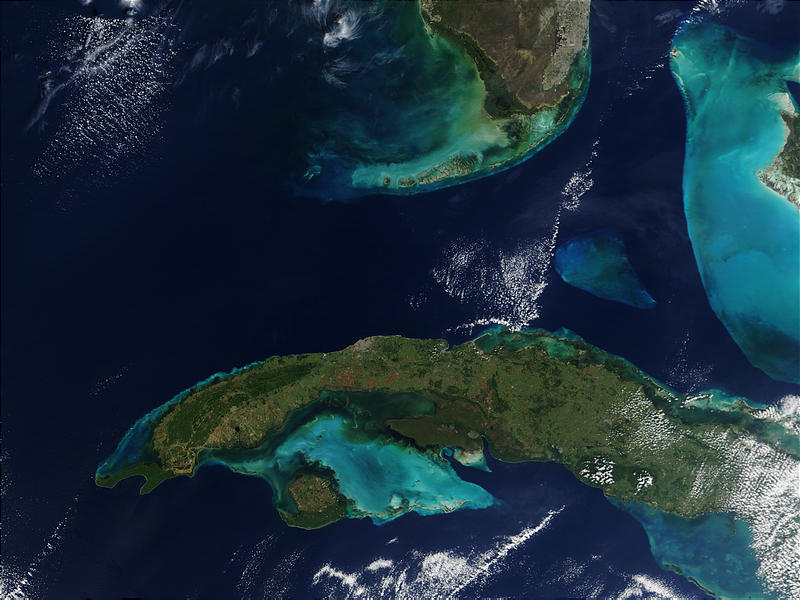 It's not a thaw, not yet and not officially, but there are growing good vibes between Cuba and America. A gesture here, a concession there, and suddenly the future of the embargo looks a lot less sure.

At the end of a brief Cuban visit by an American State Department official to discuss the possibilities of resuming mail service between the two nations (severed in 1963), the Cuban government then invited Bisa Williams, the Deputy Assistant Secretary for Western Hemisphere Affairs, to linger for six more days to meet with officials, opposition figures and people from civil organisations. No time for the beaches apparently.

While the State Department spokesman was careful to say this was not a breakthrough for US-Cuba relations, Julia Sweig, a Cuba expert at the Council on Foreign Relations, said American diplomats had not been permitted to travel around the country and hold such meetings for years. “This is definitely a departure from standard practice for a good 10 years at least,” she said.

This invitation to Williams to extend her visit is another sign of the gradual warming of relations that has occurred under the Obama administration. Obama has already lifted restrictions on family visits and remittances sent to the island and permitted investments there by US telecommunications companies. Officials have also resumed talks on migration the Bush administration halted six years ago. Balancing this, Obama has insisted Cuba take steps to improve its human rights record and move toward democracy; he also extended the US trade embargo against Cuba for yet another year.

Willilams met with Deputy Foreign Minister Dagoberto Rodríguez and “civil society” representatives to discuss “political and economic issues,” and she visited hurricane-ravaged areas of western Cuba. Some of her talks involved migration and technical issues related to the US Interests Section in Havana, the American diplomatic facility on the island (formally located in the embassy of a third country), officials added.

In the past decade, “The Cuban government tightened access by US diplomats to scholars and professionals and generally to Cuban institutions. They did that as the focus of US policy, especially under the Bush administration, moved toward regime change and dissident support,” Sweig said.

Last week at the UN, Cuban FM Bruno Rodríguez said his country is ready to sit down with Obama for “a respectful, arm’s length dialogue” and that it wants to normalise relations. Former President Fidel Castro has recently praised Obama’s commitment to tackling climate change as well. But, “The crucial thing is that the economic, commercial and financial blockade against Cuba remains intact,” Rodriguez said.

While nobody is yet declaring a full-scale thaw in relations, it is increasingly clear both sides are looking at ways of working together on confidence building measures such as immigration and postal services and possibly anti-drug smuggling co-operation. Williams’ extended stay suggests that this quiet diplomacy is starting to gather some momentum.

The Americans have also made other small but significant gestures — like turning off an electronic sign that had streamed anti-Castro messages from the windows of their US Interests Section in Havana. The Cubans then took down dozens of large black flags they had set up nearby to block the view of the sign.

There is clearly space for improved relations. The United States has maintained a trade embargo on Cuba for 47 years, since the early years of Fidel Castro’s rule on the Caribbean island nation and Barack Obama extended this trade embargo earlier this month for yet another year.

And so, what to look for in the near-term future? Besides additional, limited openings on trade and travel, watch out for further public opportunities for exchanges in sports like baseball, or perhaps boxing, where the two nations strong traditions and have had historic match-ups in international games, or perhaps high-profile cultural exchanges. The Cuban National Ballet and its associated school might well be a logical choice for a high-profile American visit, for example. Its founder, Alicia Alonso, had significant American connections in her long career, and highly visible cultural exchanges are often harbingers of better relations to come.