A Real Game of Chicken

A Real Game of Chicken 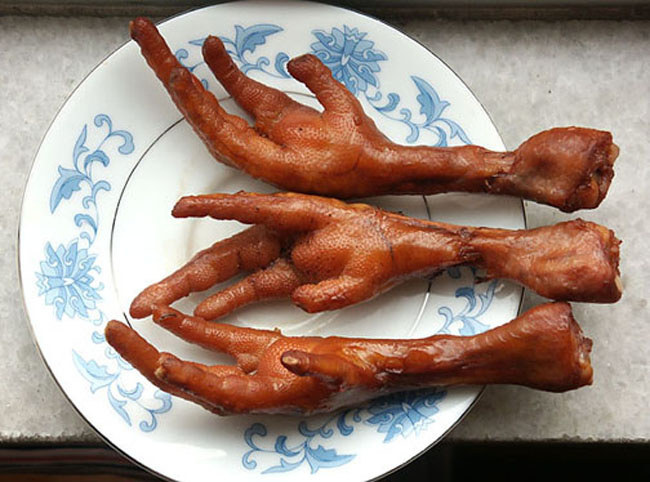 There are duelling press releases, angry and righteous public statements by senior officials on both sides of the Pacific Ocean -- and appeals to the WTO.

There are duelling press releases, angry and righteous public statements by senior officials on both sides of the Pacific Ocean — and appeals to the WTO.  Besides auto parts, in response to America’s new tariff on Chinese tyres, the Chinese have threatened to cut off imports of American chicken, but this may be an empty threat because a growing number of the mouths of Chinese consumers are increasingly filled with jumbo, juicy chicken legs from America.

Officially at least, American chicken growers are expressing concern about losing what only recently has become the largest export market for their chickens, and one expanding rapidly as the Chinese population grows more prosperous.

These same executives have expressed relief that, so far at least, Chinese importers have told them to keep those chickens coming.  Michael Cockrell, chief financial officer of Sanderson Farms, a major poultry producer based in Mississippi, explains, “We were told by our customers in China to continue to pack and ship product. It gives us a little bit of optimism that we will get over this.”

Feed prices are high and domestic chicken sales to restaurants in the US have slipped because of the recession, as more Americans eat out less while incomes are under threat.  As a result, the Chinese market has become increasingly important to chicken farmers. While only about 20% of total American poultry exports — from a total of $4.34 billion — went to China last year, industry executives said these exports to China were particularly profitable for exporters and farmers.

Half of the chicken parts sold to China are wings and feet and they are cash cows for American exporters.  These are worth only a few cents a pound in the United States because of the American predilection for white meat chicken, but they are delicacies in China, fetching 60 cents to 80 cents a pound, a price that no other foreign market can match.

Paul Aho, an industry export consultant, explained that these big meaty chicken feet so appealing to the Chinese derive from the American preference for white chicken meat — and a bird bred for those big breasts has big, strong feet and legs.  It’s not Darwinian but it is survival for growers.

Despite China’s fondness for American chicken, there have been stumbling blocks with the US-China chicken trade previously, most notably in 2004 when the two countries banned each other’s poultry products after an outbreak of bird flu.  The ban from the US side was only partially lifted in 2006 – imports were now okay, but only as long as the cooked chicken from China started with raw US or Canadian chicken meat.

Sensing that their goose might be cooked, the U.S.A. Poultry and Egg Export Council and the National Chicken Council recently joined other American food organizations in sending a letter to Ron Kirk, the United State trade representative, cautioning that action against Chinese tyres could lead to retaliation.  In their letter they wrote that “For some, the Chinese market is the difference between profitability and possible bankruptcy.” Now that the Chinese are threatening retaliation, industry officials say they are hoping mouths watering for sweet and sour American chicken legs will trump more protectionist breast beating.