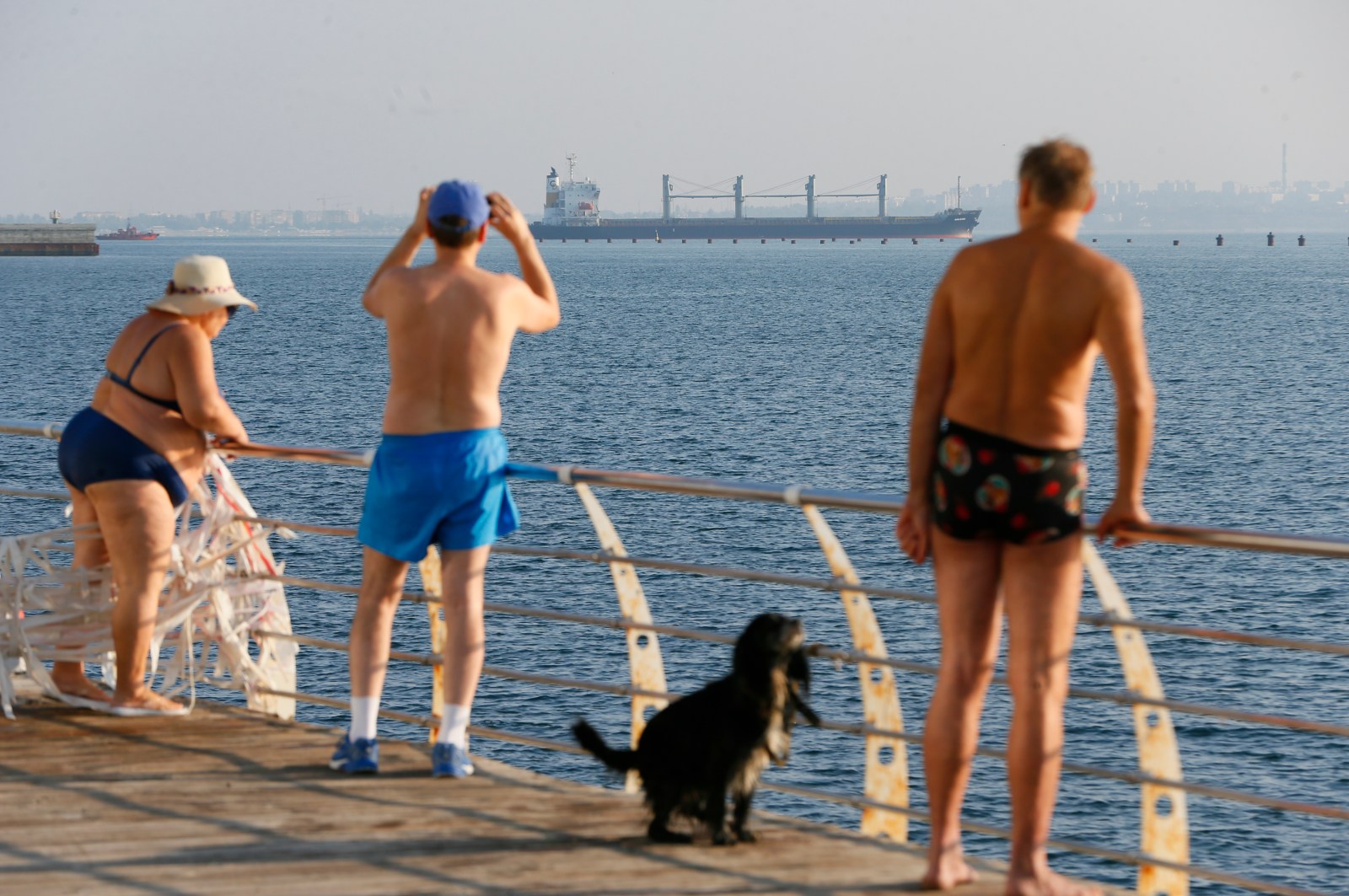 ISTANBUL/KYIV, Aug 5 (Reuters) - Three grain ships left Ukrainian ports on Friday while the first inbound cargo vessel since Russia's invasion was due in Ukraine later in the day to load, as Kyiv called for the safe passage deal to be extended to other cargoes such as metals.

The July 22 deal marked a rare diplomatic breakthrough as war rages in eastern Ukraine, with Kyiv trying to rebuild its shattered economy after more than five months of conflict.

“We expect that the security guarantees of our partners from the U.N. and Turkey will continue to work, and food exports from our ports will become stable and predictable for all market participants,” Ukrainian Infrastructure Minister Oleksandr Kubrakov said on Facebook after the ships set off.

“This agreement is about logistics, about the movement of vessels through the Black Sea,” Ukrainian Deputy Economy Minister Taras Kachka told Financial Times. “What’s the difference between grain and iron ore?”

The Kremlin said a solution can only be found if linked to lifting restrictions on Russian metal producers.

The United Nations and Turkey brokered the safe passage deal between Moscow and Kyiv after U.N. warnings of outbreaks of famine due to grain shipments from Ukraine being halted.

On Friday, two grain ships set off from Chornomorsk and one from Odesa, carrying a total of about 58,000 tonnes of corn, the Turkish defence ministry said.

The Turkish bulk carrier Osprey S, flying the flag of Liberia, was expected to arrive in Chornomorsk on Friday to load up with grain, the regional administration of Odesa said.

Ukraine would like to include ports in the southern Mykolaiv region, to the east of Odesa, in the safe passage deal, though it has been frequently shelled throughout the invasion.

The city of Mykolaiv itself will impose an unusually long curfew from late Friday to early Monday as authorities try to catch people collaborating with Russia, the region’s governor said.

Mykolaiv lies close to Russian-occupied parts of the strategically important region of Kherson where Ukraine plans to conduct a counter-offensive.

Russia and Ukraine traditionally produce about one third of global wheat and Russia is Europe’s main energy supplier. But Russia said on Friday it might not reach its expected harvest of 130 million tonnes of grain due to weather factors and a lack of spare parts for foreign-made equipment.

Ukraine’s grain exports were down 48.6% year on year at 1.23 million tonnes so far this season, its agriculture ministry said.

After five months of fighting, Ukrainian President Volodymyr Zelenskiy this week described the pressure his armed forces were under in the eastern Donbas region as “hell”.

Moscow is seeking to control the largely Russian-speaking Donbas, comprised of Luhansk and Donetsk provinces, where pro-Moscow separatists seized territory after the Kremlin annexed Crimea to the south in 2014.

Zelenskiy spoke of fierce fighting around the town of Avdiivka and the fortified village of Pisky, where Ukraine has acknowledged its Russian foe’s “partial success” in recent days.

Russia’s TASS news agency cited separatist forces as saying Russian and pro-Russian forces had taken full control of Pisky. They also said that fighting was taking place in the city of Bakhmut, north of Donetsk.

Ukraine has spent the last eight years fortifying defensive positions in Pisky, seeing it as a buffer zone against Russian-backed forces holding Donetsk city about 10 km to the southeast.

Ukrainian General Oleksiy Hromov said his forces had retaken two villages around the eastern city of Sloviansk but had been pushed back to the town of Avdiivka after being forced to abandon a coal mine regarded as an important defensive position.

Reuters could not immediately verify either side’s assertions about battlefield developments.

The war has displaced millions, killed thousands of civilians and left cities, towns and villages in rubble. Ukraine and its Western allies have accused Russian forces of targeting civilians and war crimes, charges Russia rejects.

Fahrettin Altun, a top aide to Turkish President Tayyip Erdogan, said the safe passage agreement attested to the success of Turkey’s efforts and the direct diplomacy between Putin and Erdogan.

“The international community cannot end the war in Ukraine by ignoring Russia. Diplomacy and peace must prevail,” he said, as Erdogan headed to Russia to meet Putin.

Putin said he launched what he calls a “special military operation” in Ukraine to ensure Russian security and protect Russian-speakers in Ukraine. Kyiv accuses Moscow of an imperial-style war to retake a pro-Western neighbour that shook off Russian domination when the Soviet Union broke up in 1991.

By Daren Butler and Pavel Polityuk