Retire? ‘Don’t even ask me that’ – Ndodomzi Ntutu rolls back the years to win 100m para gold 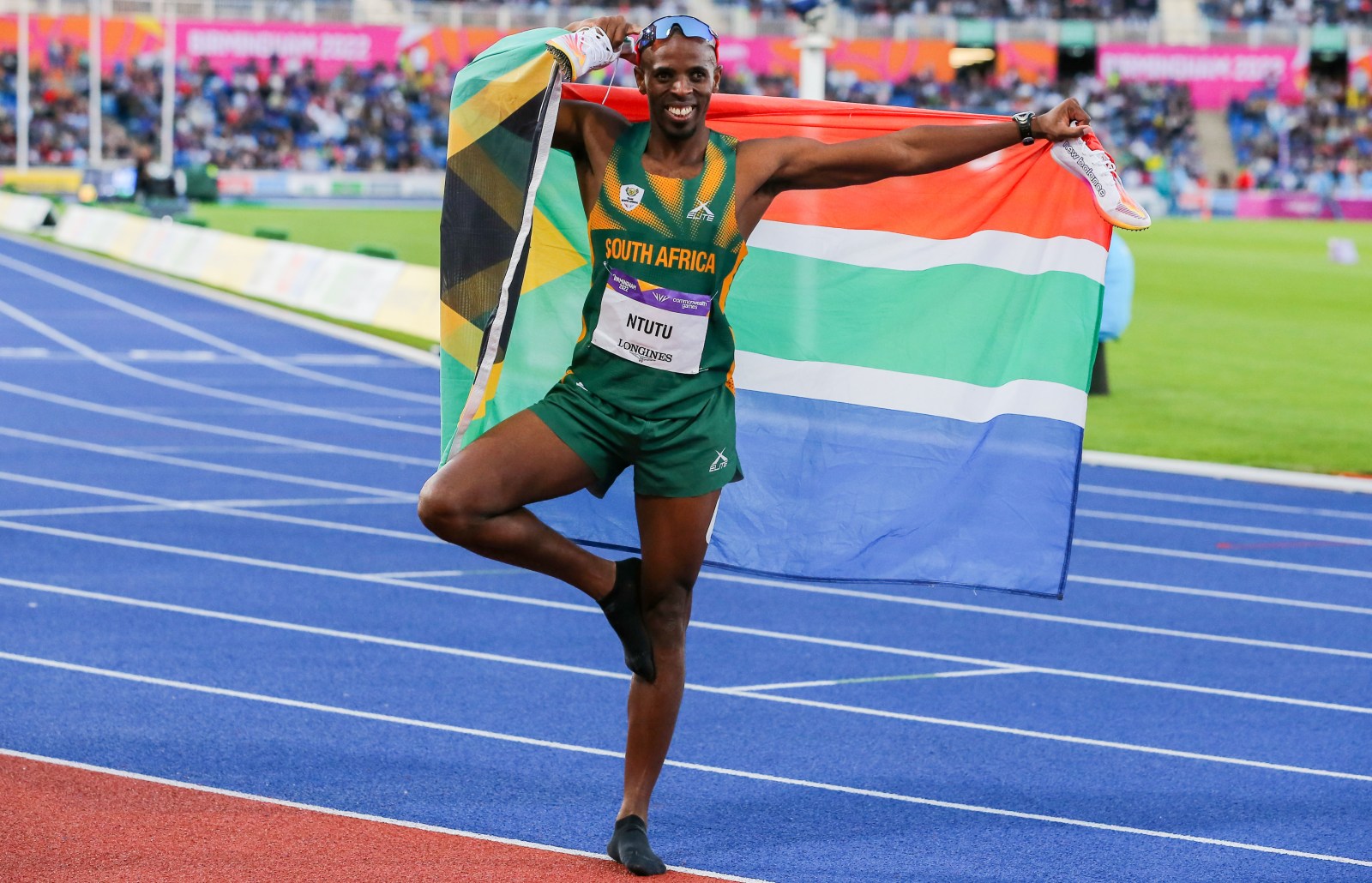 At the age of 36, Ndodomzi “Jonathan” Ntutu turned back the clock. Right back to 10.83 seconds. Enough to win another Commonwealth Games T11/12 100m gold medal. Quicker than he ran when winning the title in 11.02 on the Gold Coast four years ago. The fastest para-athlete South Africa has produced to date did it again.

Ntutu, who suffers from toxoplasmosis, a parasitic infection, was understandably emotional even after he’d spent at least 10 minutes soaking up the love from the crowd at the Alexander Stadium in Birmingham.

“This year has been especially tough. I’ve got two kids and a wife and things haven’t been good financially. At the same time I’d have to listen and hear what the coach has to say and what needs to be done and when.

“The training regimen has been tough, but I believe in the coach and I believe in God and I prayed that things would get better sooner rather than later. Here I am standing, having run 10.8 two days in a row.

“They’re the two fastest times I’ve run in my career. Retirement? Don’t even ask me that. I’ll take it year by year and listen to my body.”

Echoes of a golden year

In the semifinal 36 hours earlier, Ntutu had hit the line in 10.89, which is not far behind his all-time best of 10.80. It qualified him fastest into the final, where his main danger for gold appeared to be Zachary Shaw, who had produced a 11.01 in qualifying. And that’s how it panned out, as the English favourite chased Ntutu home in 10.90 in the four-man final.

Read more in Daily Maverick: “‘If it were not for judo, I would probably have dropped out of school,’ says SA’s latest gold medal winner”

Four years ago, at the 2018 Commonwealth Games on Australia’s Gold Coast, Ntutu had lowered his best time down to 10.80. It was a golden year for the South African in many respects – he was named South Africa’s Sportsman of the Year with a Disability and recorded the fastest time run by a South African para-athlete.

Despite competing in four Paralympics, his best moment came at those 2018 Commonwealth Games where he won gold in the T12 100m.

“That was a proud top-of-the-podium occasion. Jumping on to that podium was my very happiest moment. My absolute golden time,” he says.

Four years later, it was all on the line again. And again he produced the goods to add another gold medal to his collection.

“My PB is 10.80. I just ran 10.83, so I’m going nowhere.” At last year’s Paralympics he had been written off and the vultures had circled. Time to retire, they said. But Nododomzi, which means “man of the house” in English, wasn’t ready to leave the building just yet.

“I could cry because between Tokyo and now it’s been a hard road and for me to be standing here with the gold medal it becomes so overwhelming for me,” he said.

“To come out here and run 10.83 in quite cold conditions, I’m proud of myself. Mid-race I had a bit of a speed wobble, but I overcame that and here I stand with gold.” DM