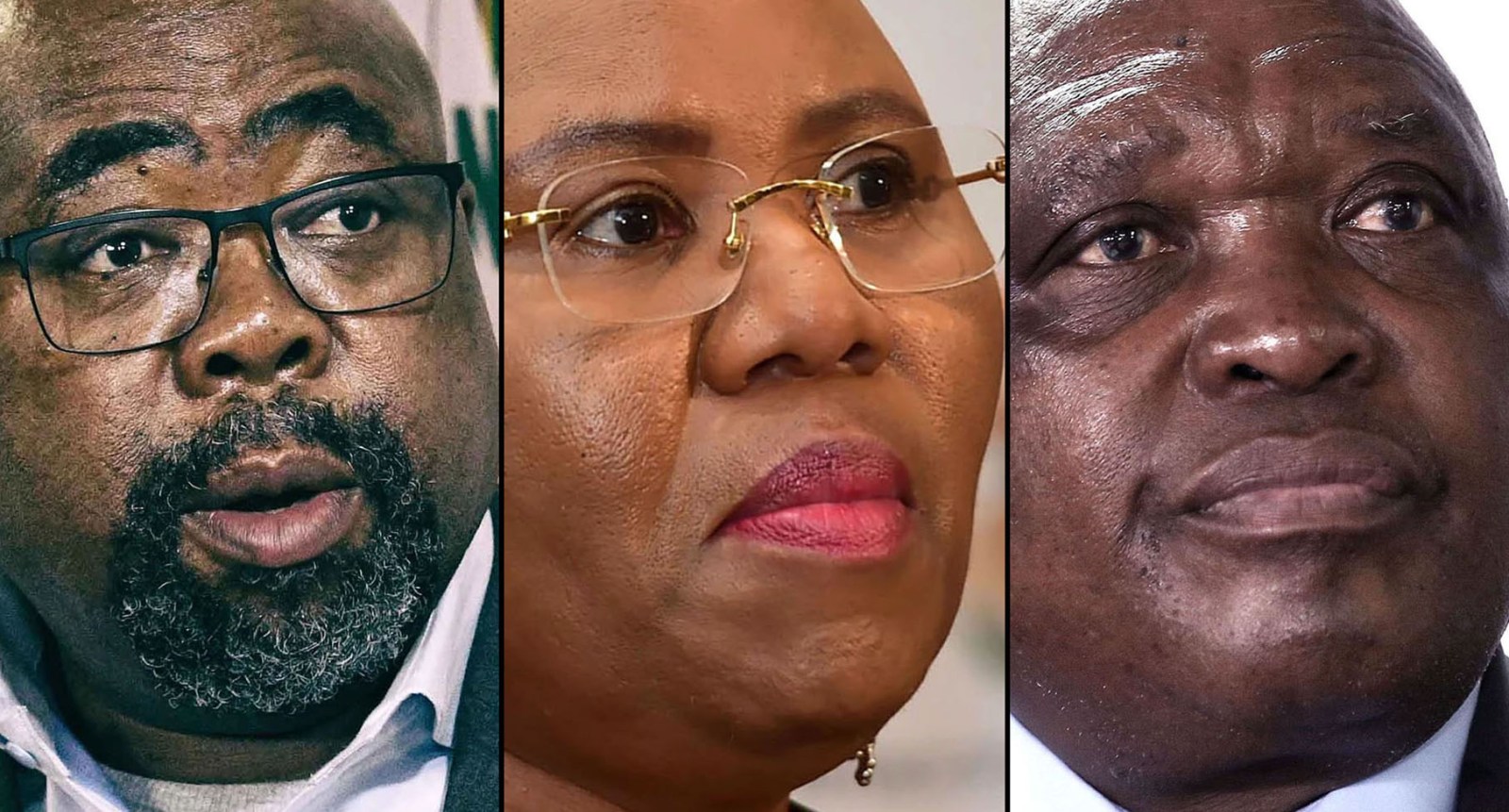 The social sector summit now on in Johannesburg should have been an opportunity for a robust and meaningful engagement between activists and the government on how to work together to address poverty and inequality. But in the context of many organisations asking why they were not invited it seems that the Social Sector Framework Agreement the organisers intend to be signed at the end of the summit on Friday risks a legitimacy problem before the ink has even dried on it.

One week ago, as criticism mounted about the missing social contract promised by President Cyril Rampahosa, NGOs began receiving invitations to the Presidential Social SectorSummit. The invitations stated that:

“In recognising the critical role that civil society plays in tackling poverty, inequality and related social problems, the President announced in the State of the Nation Address (Sona) on 16 February 2018 that a Social Sector Summit will be convened to improve the interface between the state and civil society and to address the challenges that they face.”

However, the invitation offered no explanation of what the summit was for, or what it aimed to achieve.

When Maverick Citizen inquired, we were told by Osborne Masilela of the Department of Social Development (DSD): “On the envisaged outcome of the summit I will have to come back to you once this matter has been concluded by the content workstream.”

There was no “comeback”.

Nonetheless, on Thursday, several hundred delegates (said by the DSD to represent 1,300 organisations) convened at the Birchwood Conference Centre in Boksburg, Johannesburg, for a two-day event, hosted by the DSD.

They were there as representatives of a civil society which is large, diverse, dynamic and visible in South Africa. According to the DSD, the civil society sector “is a major force in the economy, representing a billion rand a year industry and contributing 3.2% to GDP. By their estimates, it employs 1.3 million people.”

In a “Concept Note on the Social Sector Summit”, circulated to delegates two days ago, the DSD reports: “The number of registered NPOs has grown from 198,873 by the end of March 2018 to almost 256,212 by end of March 2022, representing a growth of 11% on average per annum.” It provided a breakdown as below: 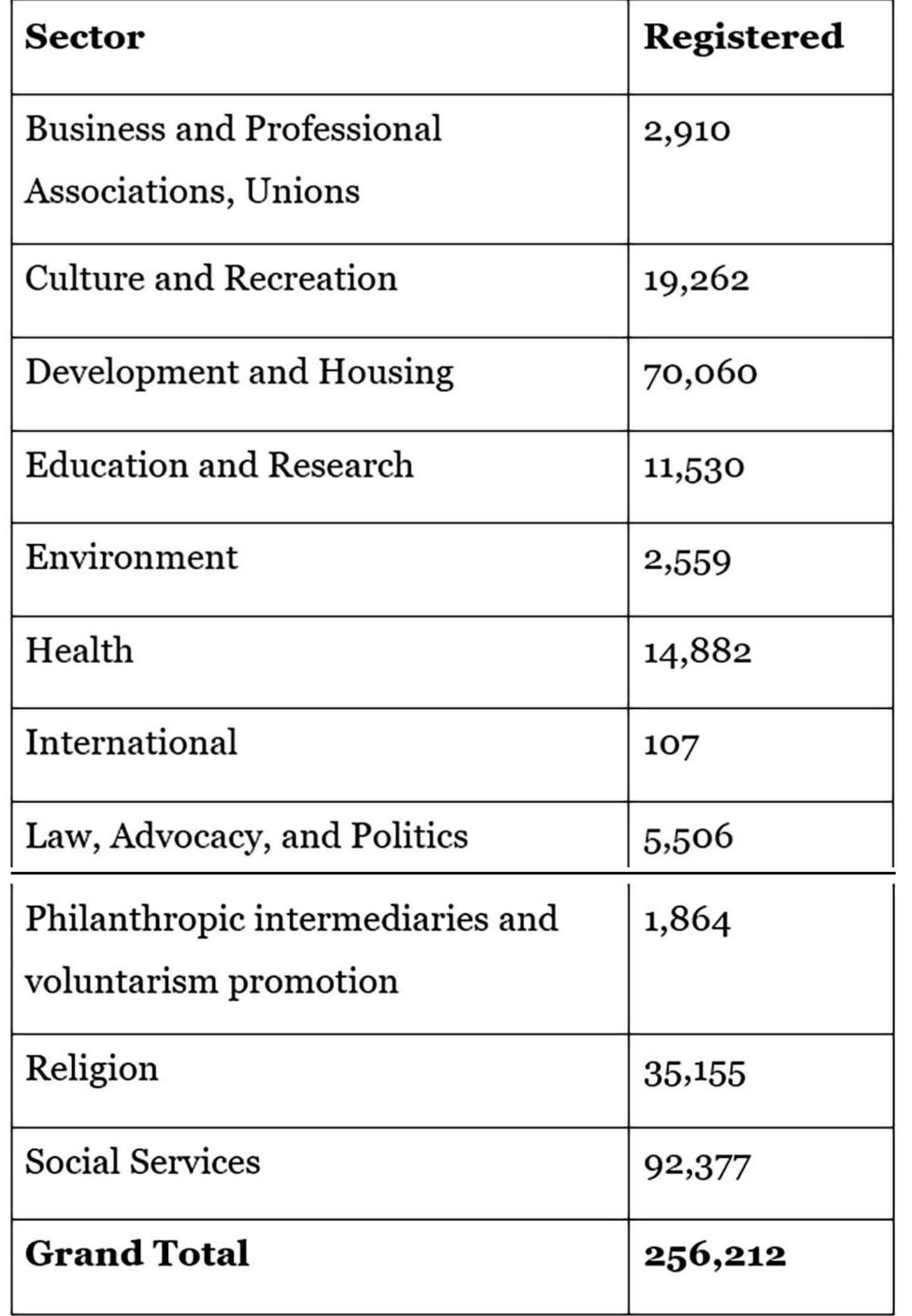 The summit drew several Ministers (Thulas Nxesi, Lindiwe Zulu and Joe Phaala), MECs and senior government officials. It will be closed by the President.

An opening presentation by Stats SA provided facts and figures about poverty and gender inequality to confirm what activists already know:

“The situation is dire out there, things are tough” and getting worse.

The speaker stated that among ordinary people “there is deep anger and hostility towards government”, something he said is experienced by Stats SA staff conducting surveys in communities.

According to one speaker, the summit is meant to be a means for “government and civil society finding each other.”

The concept note developed for the Summit by the DSD acknowledges that:

“Very minimal has been done by government to ensure that there is regular, effective, and constructive engagement within civil society organisations itself and with government and other stakeholders … this has resulted in a break-down of trust and lack of tolerance towards government and the sector.”

But in this context, unfortunately, what was striking about the summit was not which organisations were there, but which were not. Maverick Citizen was informed that many of the delegates seemed to come from organisations linked to civil society that are part of institutions like Nedlac and the SA National Aids Council. Others came from community organisations, working with the DSD on issues such as early childhood development, learner support, substance abuse and gender-based violence. In commissions they spoke articulately and passionately about the challenges they face in communities, to do with broken and unfriendly government departments and lack of funding.

However, activists we spoke to also complained that not only government, but also institutions like Nedlac and Sanac, that include civil society, have grown aloof and unaccountable from those on the frontline of struggles.

Although there were community activists in the room, organised social movements like the Treatment Action Campaign (TAC) and Equal Education, as well as organisations that have been confronting xenophobia (Kopanang Against Xenophobia) or campaigning for a Basic Income Grant (#PayTheGrants), were not present.

Majorie Jobson, from the Khulumani Support Group, for example, said:

She said: “We need to have transparency in the basis for invitations to the presidential social summit. If the logistics were given to the Nedlac Community Constituency, on what basis has Nedlac selected participation?”

Equal Education’s General Secretary, Noncedo Madubedube, was not even aware of the summit.

The TAC’s General Secretary, Sibongile Tshabalala, lamented that “organisations like TAC and Ritshidze/PLHIV are not invited despite the crucial role we are playing in the community.”

In her opening speech, Minister of Social Development Lindiwe Zulu said the summit “marks the intentionality of this government to immediately improve the interface between government and the social sector, it also seeks to establish the formula upon which the sustainability of the longer-term people-public-private-civic-academic-multilateral partnership can be defined.”

But in the context of many organisations asking why they were not invited it seems that the Social Sector Framework Agreement that the organisers intend to be signed in the presence of the President at the end of the Summit on Friday will have a fatal legitimacy problem before the ink has even dried on it.

Ramaphosa will claim he has consulted civil society, but large swathes of it say they have been excluded from the process. Indeed, at the same time as the summit, on Friday a “working class summit” is taking place in Braamfontein in Johannesburg, organised by the South African Federation of Trade Unions (Saftu) and the Cry of the Xcluded coalition.

Then, on Saturday the Defend Our Democracy alliance, which in July had organised a national conference of several hundred organisations (read about it here) — and was not invited — is putting the final touches to a report back on its plan of action due to take place at 10am (broadcast on YouTube).

However, as one delegate put it pertinently yesterday, “why are so many people toyi-toying if we are partners with government?” Sadly, the anti-selection of government critics in civil society might make for a smoother summit and allow officials to tick boxes in their performance agreements, but it won’t advance the struggle against poverty and inequality.  DM/MC