Take the wrap — to cut plastic waste out of your life...

Take the wrap — to cut plastic waste out of your life, start small 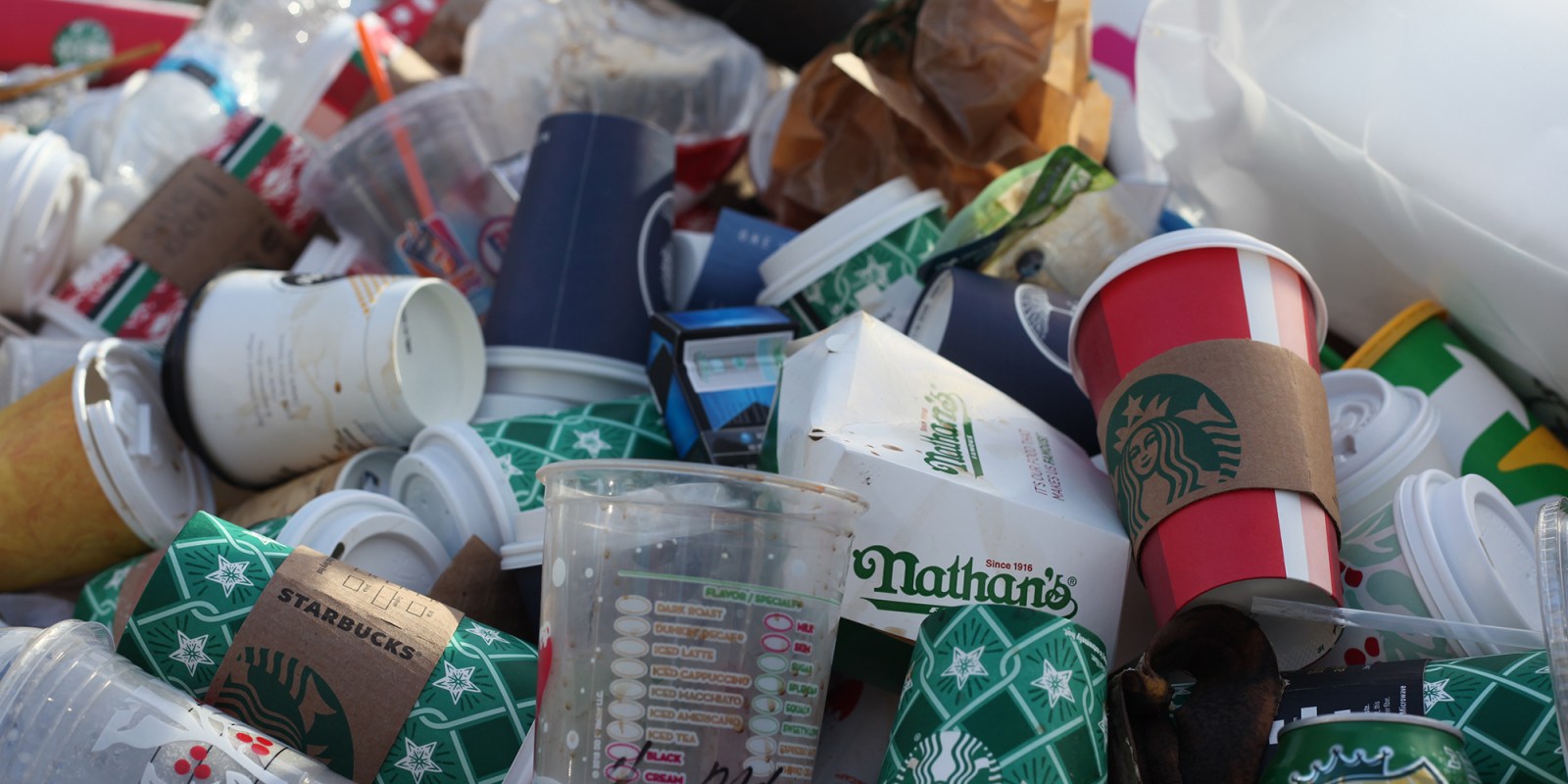 It’s difficult to overstate the scale of the planet’s plastic problem. Each year about 11 million metric tonnes of plastic waste end up in bodies of water, according to the United Nations. Over the next two decades, that number is expected to triple.

As soon as Carolyn Armstrong started looking for plastic in her life, she realised it was absolutely everywhere.

There are plastic water bottles and straws, of course, but also make-up, clothing, laundry detergent, food wrappers and packaging. “Everything that we use is encased in plastic,” Armstrong says. “Sometimes, I go to the grocery store and take pictures of the fruit that is behind the plastic and I email the store and say: ‘Please stop doing that!’”

The 52-year-old author first thought about cutting plastic out of her life while researching a children’s book on ocean plastic pollution, and soon joined Go Green Winnetka, a local environmental activism group. But this year, for the first time, Armstrong took her commitment a step further, pledging to go plastic-free for an entire month. She’s far from alone: for more than a decade, people all over the world have been taking a similar pledge, formally known as Plastic Free July.

It’s difficult to overstate the scale of the planet’s plastic problem. Each year, about 11 million metric tonnes of plastic waste end up in bodies of water, according to the United Nations. Over the next two decades, that number is expected to triple. Facing a crisis, the 175 member countries of the UN Environment Assembly agreed in March to develop a treaty for curbing plastic use by the end of 2024.

Companies, not individuals, are the biggest plastic offenders. Specifically, 20 companies, which produce more than half of all single-use plastics, according to a 2021 analysis by the Australian non-profit Minderoo Foundation. Oil giant Exxon Mobil Corp is the world’s top plastic polluter. But that hasn’t stopped millions of individuals like Armstrong from trying to cut their own plastic footprint — even if only for a month.

How to use less plastic

“I never set out to start a global movement,” says Rebecca Prince-Ruiz, who founded Plastic Free July in her native Australia. “It started the last week of June in 2011, when I visited a recycling facility for the first time… I was really overwhelmed just seeing what we throw away as a society.”

The next day at work, Prince-Ruiz told her colleagues she was going to spend a month trying to cut out single-use plastic and asked if anyone wanted to join her. The beginning of July just happened to be coming up, she says. Fast-forward 11 years and several million people across 190 countries have taken part in the campaign, according to research it commissioned.

To reduce your own plastic use — in July or any month — the best place to start is “just looking at what the plastics are in your life”, Prince-Ruiz says. “Have a look in your trash, have a look in your fridge, your pantry, your bin at the workplace. Just choose one or two items to try to tackle, because if you try to do everything — and believe me, I’ve tried — it can be really overwhelming.”

Fortunately, some of the easiest plastic items to drop are those you use every day.

Opting for loose fruits and vegetables rather than packaged produce is one way to ditch some plastic, Armstrong says. And depending on what you buy, there are other ways to limit packaging. “Our house drinks a lot of orange juice,” says Beyond Plastics president Judith Enck. So she switched from plastic bottles to frozen orange concentrate, and bought two reusable glass pitchers to serve it in. Enck also convinced a family member to start making their own iced tea rather than “buying the big plastic thing of Honest Tea”, she says. “It’s an extra step but it’s really not that inconvenient.”

Another option: buying pasta, cereal and other items wrapped in cardboard — or even better, using your own containers to get them in bulk where possible — instead of plastic-wrapped options.

If you drink a lot of coffee or tea on the go, Prince-Ruiz says a simple way to cut down on disposable cups is to use a reusable mug or tumbler instead. Many disposable coffee cups are made of paper lined with a plastic called polyethylene. In 2005, roughly 75 million disposable coffee cups were used daily in the US. That number jumped up to more than 105 million cups daily by 2015, according to a Freedonia’s US Cups and Lids study.

Likewise, you can ditch plastic water bottles for reusable ones. And you should: according to the US Environmental Protection Agency (EPA), just 29% of polyethylene terephthalate (PET) plastic bottles and jars, as well as high-density polyethylene (HDPE) plastic natural bottles, were recycled in 2018. In 2020, more than 600,000 plastic beverage bottles were collected by international coastal clean-ups, making them the second-most found item, according to the Ocean Conservancy.

Plastic bags are another easy place to start, says Enck. Of the 4.2 million tonnes of plastic bags, sacks and wraps produced in 2018, only 10% were recycled, according to the EPA. Meanwhile, nearly 275,000 plastic grocery bags were found along coastlines globally last year, according to the Ocean Conservancy.

If you want to cut down on the number of plastic bags you’re bringing home from the grocery or convenience shop, bring reusable bags instead. To help remember to use the reusable bags you already own, stash them in your boot or try to keep packable options in various to-go bags.

“My short cut is to pass a law banning plastic bags and you have far more people shifting to reusable bags,” Enck says. Seven states in the US have done just that: California, Connecticut, Delaware, Maine, New York and Oregon, according to a tally by the National Conference of State Legislatures. Hawaii has a de facto ban because there are so many local bag bans.

For people who order a lot of takeaways, asking the restaurant to hold the plastic cutlery, napkins and straws is an easy way to cut down on waste. More than 225,000 straws and stirrers were collected along coastlines in 2020, the Ocean Conservancy found, as well as 223,000 plastic takeaway containers.

Ditching takeaway plastic shouldn’t be a problem for people living in California and Washington, which both have laws in effect that require customers to opt in for various single-use takeaway items. Some cities, including Portland, Oregon, have similar laws on the books. But in most places around the world, customers still need to take the initiative. Enck’s group even released a guide that diners can give to their favourite restaurants, offering tips for how to cut their plastic use.

Read more in Daily Maverick: “Welcome to the fantastic, plastic-free world of 2121”

For Armstrong, who just wrapped her first Plastic Free July, the month-long adventure has been eye-opening. “I’m not the problem. I am doing everything I can physically manage,” she says, adding: “I’m going to, of course, keep going.” DM/OBP

Take the wrap — to cut plastic waste out of your life, start small