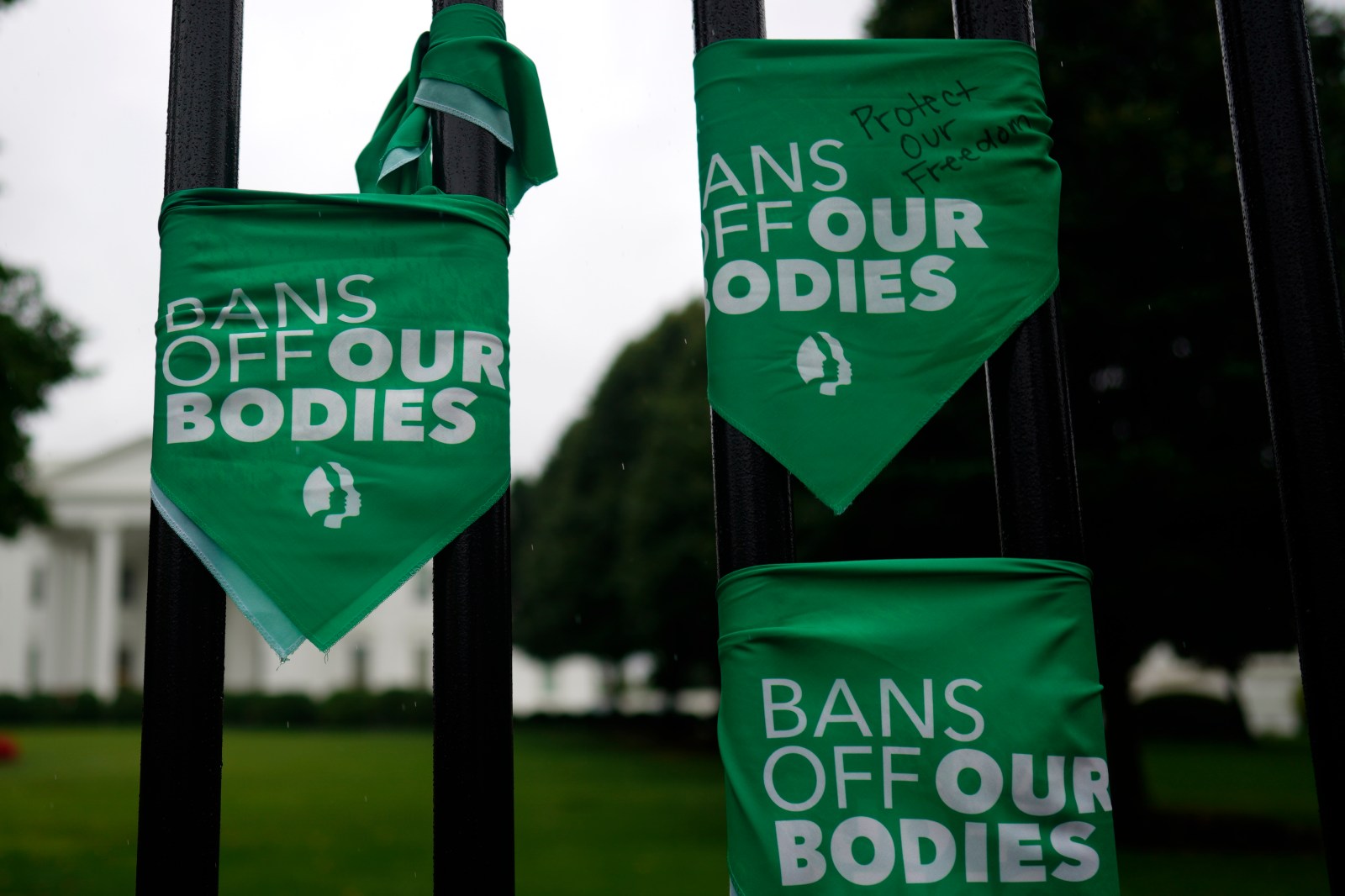 epa10062568 Pro-abortion protesters take part in a Women's March outside the White House, in Washington, DC, USA, 09 July 2022. The group are campaigning against the Supreme Courts ruling overturning the 1973 case of Roe v. Wade, that guaranteed federal abortion rights, which has led to demonstrations across the United States. EPA-EFE/WILL OLIVER

WASHINGTON, August 3 (Reuters) — President Joe Biden said on Wednesday the Supreme Court and Republicans are clueless about the power of American women as he signed a second executive order aimed at protecting abortion rights.

By Nandita Bose and Alexandra Alper

The order asks the federal health department to consider allowing Medicaid funds to be used to help facilitate out of state travel for abortions. Like Biden’s first order signed in July, it is meant to address the recent Supreme Court decision to end the nationwide constitutional right to abortion.

It is expected to have limited impact, as Republicans in US states push a wave of laws restricting abortion, access to medication and funding for such services.

The president’s actions come a day after Kansas voters rejected one such effort, to remove abortion protections from the state’s constitution. The vote was a resounding win for the abortion rights movement in the first statewide electoral test since the Supreme Court ruling.

“I don’t think the court has any notion for that matter or the Republican party for that matter… how women are going to respond. They don’t have a clue about the power of American women,” Biden said. “Last night in Kansas they found out.”

He called the Kansas result a “decisive victory” and said voters in the state sent a “powerful signal” that makes it clear politicians should not interfere with the fundamental rights of women.

“This fight is not over and we saw that last night in Kansas,” Biden said. The Supreme Court “practically dared women in this country go to the ballot box and restore the right to choose,” that it had just stripped away, Biden said.

Last month, Biden said the Supreme Court, which is weighted 6-3 with conservative judges, was “out of control” after ruling in June to overturn Roe v Wade, ending a half-century of protections for women’s reproductive rights. His first order in early July directed the federal government’s health department to expand access to medication abortion and ensure that women who travel for abortions are protected.

The latest action builds on those measures. But like the first one, it remains vague about how those goals can be achieved. It asks the Health and Human Services Department to consider using funds including Medicaid, the federal and state-funded insurance programme it oversees, to support low-income women travelling out of state for abortion services, a senior administration official said.

The Hyde Amendment, a Congressional measure, states that Medicaid will not pay for an abortion unless the woman’s life is in danger or the pregnancy resulted from rape or incest, making the effectiveness of the order uncertain.

It also directs the department to ensure healthcare providers comply with federal non-discrimination laws when offering such services and orders it to collect data to measure the impact of the ruling on maternal health, the official said.

The president signed the order at the first meeting of the interagency task force on reproductive healthcare access, which was formed in July.

Senate Democrats rejected Biden’s call to lift the chamber’s “filibuster” rule requiring 60 of the 100 senators to agree on most legislation to allow them to pass a law establishing a national right to abortion.

In the evenly divided Senate, US Vice President Kamala Harris can cast a tie-breaking vote.

Since then Biden has pivoted to urging voters to elect more Democrats to Congress in the November 8 midterm elections, when Republicans are favoured to win back a majority in the House of Representatives and perhaps also the Senate. He reiterated his appeal to voters on Wednesday.

Democrats hope the issue may help drive voters to the polls in November.

Protecting abortion rights is a top issue for women Democrats, Reuters polling shows. More than 70% of Americans think the issue should be left to a woman and her doctor.

On Tuesday, Biden’s Justice Department sued Idaho to block a state law that it said imposes a “near-absolute ban” on abortion, marking its first legal challenge to state abortion laws since the Supreme Court ruling.