‘Be my eyes and ears’, former Public Protector Mkhw...

‘Be my eyes and ears’, former Public Protector Mkhwebane told her head of security 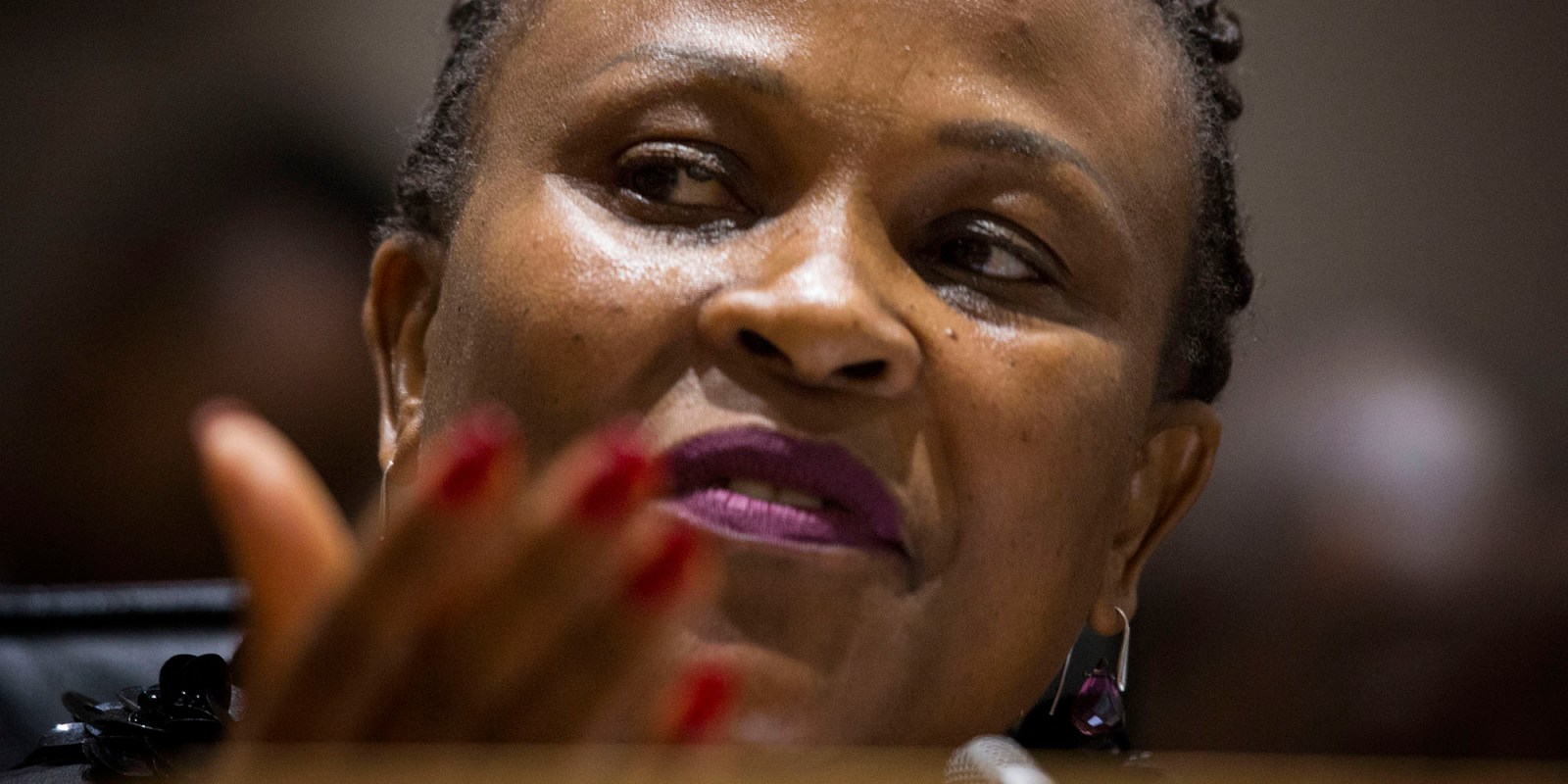 Former head of security for the Public Protector, Baldwin Neshunzhi, told the Section 194 inquiry into Busisiwe Mkhwebane’s fitness to hold office that he was sent on ‘garden leave’ for doing his job.

One of the most impressive witnesses to testify so far, Baldwin Neshunzhi, gave evidence earlier that he had at first been suspected by Busisiwe Mkhwebane of leaking information related to Public Protector of South Africa (PPSA) CEO Vussy Mahlangu, who did not have the required top-level State Security Agency (SSA) security clearance.

As a result, the Public Protector had wanted Neshunzhi out, and had written to Arthur Fraser, then director-general of the State Security Agency, requesting him to “recall” Neshunzhi for training.

On Thursday, the former head of security for the Public Protector told committee members at the inquiry that Mkhwebane had simply assumed he had been trained by the SSA, her former employer.

In response to a question from DA committee member Benedicta van Minnen, Neshunzhi said Mkhwebane “did not know that I applied like any other person from all walks of life”.

As to why Mkhwebane might have thought this, Neshunzhi replied that this might have been because “I am the person who knocks on the doors of people who do not have clearance certificates.”

Neshunzhi said he would “keep pushing them to obtain documents that are required for the purposes of vetting”.

Mkhwebane ‘led from the front’

This ultimately saw him sent on “garden leave” after an earlier attempt by the Public Protector and CEO Vussy Mahlangu to transfer him.

The former security head — like former witness Futana Tebele who testified on Wednesday — portrayed Mkhwebane as a person who “led from the front”.

There had been a sense of urgency to her work, with ultimatums to clear backlogs and get investigations completed, said the former security chief.

Neshunzhi had, after Mkhwebane’s appointment, advised the Public Protector to “meet and greet staff”.

He said because Mkhwebane had worked at the PPSA before, and had returned as the executive authority, he had suggested this because there had been a lot of new appointments.

“When I conducted my risk assessment, people were longing to see their leader and that they felt a distance… that she was drifting away,” he told the inquiry.

This could have been because of her “hectic schedule and the amount of work she was putting in”. Like Tebele, he attributed Mkhwebane’s “no-nonsense” leadership style to the pressures she faced and her high expectations from officials.

Over the past week, a clearer understanding of the internal workings of the Public Protector’s office during Mkhwebane’s tenure has been set out at the inquiry.

Mkhwebane had entered office, said Neshunzhi, with the aim of running “a seven-year set of strategic goals. She wanted people to rally behind her strategy so that she could implement this during her term”.

When she had asked him to be her “eyes and ears” in the office, Neshunzhi — who said his relationship with Mkhwebane was “cordial and professional” until he was sent on “garden leave” — thought this was to provide her “with proper support”.

Mkhwebane had wanted visible results, but, said Neshunzhi, “you can’t do that if you do not have a conducive environment. Part of my job was to communicate with staff about what could be impacting on them”.

Mkhwebane, he said, needed to “be appraised on a continuous basis of the security posture within the institution”.

As the executive authority, she had eyes on everything and everyone.

When ACDP member Marie Sukers asked Neshunzhi whether the Public Protector’s office was a toxic and “punitive” environment, Neshunzhi responded that tensions did exist, “as not working in unison becomes difficult”.

“Because of that, it probably developed into a toxic environment where everyone worked to achieve results… there was no cooperation between the team. The atmosphere was a little bit adversarial — that can be compounded by people who are not sensitive,” he responded tactfully.

Of his own shafting, Neshunzhi said he had been hurt and disappointed by this.

“They use the term ‘garden leave’ when they realise they can’t suspend you because this can only be done once a preliminary investigation has been done, or there is a prima facie case against the person you want to suspend,” he said.

Neshunzhi painted a portrait of a highly securitised Public Protector’s office, which liaised with the SSA and other government departments.

The security expert saw no problem with this, as theoretically, those given top secret classification would have been trained by the SSA academy in how to handle “extreme” information when it came to political office bearers.

“If certain information is not handled correctly or properly, it could lead to undesired consequences and could affect national security,” he said.

Asked by Van Minnen whether this did not hamper investigations and the writing of public reports, Neshuynzi set out that there were “levels” of clearance in the management of sensitive information.

“We cannot allow personal information to be handled without care,” he added.

While there had been security vetting under former Public Protector Thuli Madonsela’s term of office, Neshunzhi said this was firmed up on Mkhwebane’s watch.

With regard to his sidelining, he said he had not been subjected to fair processes and that he had felt “unease and hurt” by the unfair labour practice.

“This training and ‘garden service’ was perhaps to avoid the process by those accounting officers,” he offered.

On hearing from Arthur Fraser that Mkhwebane was “not happy” with his work, Neshunzhi said he had “felt bad”.

“I felt bad because she did not complain to me… she never doubted my capability — she probably was driven by the incidents that she felt should not have happened… I felt bad.

“I understood her to be a hard taskmaster who would need a person to go beyond the call of duty.”

Mkhwebane was suspended from office on 9 June. The parliamentary impeachment hearings got under way on 11 July.