Artisanal gold mining in South Africa is out of control... 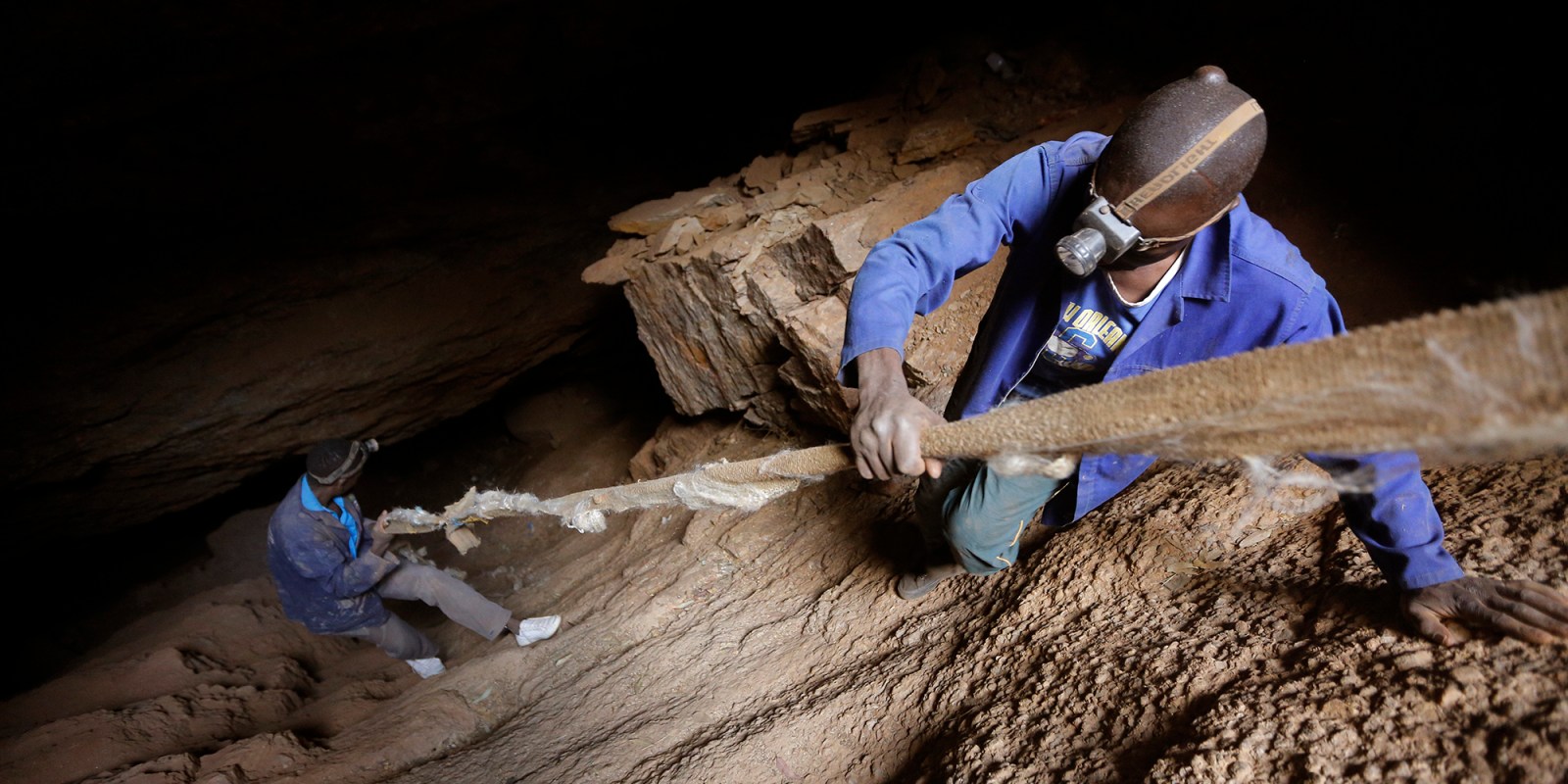 Illegal gold miners climb down an old rope as they enter a disused commercial gold mine near Soweto. (Photo: EPA / Kim Ludbrook)

There are systemic reasons illegal mining has become such a threat to peace and security, including the state’s failure to nip this unregulated industry in the bud, and the failure to formalise artisanal mining as a livelihood strategy.

Illegal and unregulated artisanal gold mining on the Witwatersrand Basin, located south of Gauteng, is an increasing threat to community, industrial and state security. Reports on turf wars between rival gangs, or shootouts between illegal miners and security officers, are commonplace.

But recent incidents point to a spike in the scale of illegal activity, conflict and criminality.

In October 2021, about 300 illegal miners, known as “zama zamas”, attacked and shot at police and security officers when the officers tried to prevent them from delivering food parcels to underground miners. In June 2022, about 150 illegal miners stormed gold miner Sibanye-Stillwater’s mothballed Cooke shaft near Randfontein in an attempt to gain control. And since last week, South Africans have been reeling at the horrific robbery and gang rape of a film crew at a mine dump close to West Village, a multiracial suburb of Krugersdorp on the West Rand.

West Village residents have since spoken out about being “prisoners in their own homes”. They attribute rampant crime in the area over the past few years to the influx of illegal mining – a situation that law enforcement officials seem unable or unwilling to control.

In the wake of these incidents, the spotlight must turn to the systemic reasons artisanal gold mining has become such a threat to peace and security. These include the state’s decades-long failure to nip an unregulated and illegal artisanal gold-mining industry in the bud. These incidents are also the result of the failure to formalise artisanal mining as a livelihood strategy through appropriate policies and legislative provisions.

Artisanal mining is a labour-intensive form of mining that uses rudimentary tools and technologies. Other sub-Saharan African countries recognise artisanal mining as a formal mining category. These include Burkina Faso, Côte d’Ivoire, the Democratic Republic of Congo, Ethiopia and Kenya.

Foundational policies in the early years of South Africa’s democracy didn’t support artisanal mining as a permanent livelihood strategy. The 1994 Reconstruction and Development Programme simply committed the government to encourage “small-scale mining”. This was on the proviso that safety, labour, environment and health conditions could be maintained. The 1998 Minerals Policy identified artisanal with subsistence mining. It flagged the need for the state to employ resources to “control artisanal mining as effectively as possible.”

The 2002 Mineral and Petroleum Resources Development Act only recognises large- and small-scale mining. It criminalises all mining outside these categories.

The Witwatersrand goldfields have produced more than 30% of all the gold ever mined. But in recent decades, large-scale gold-mining has declined precipitously. Between 2012 and 2019 the industry shed 42,000 jobs.

In this context, an illegal and unregulated gold-mining industry, among the most lucrative and violent on the African continent, has taken root.

The Minerals Council of South Africa and police have identified a five-tier hierarchy in the illegal and unregulated gold-mining industry. Illegal miners are on the bottom tier. Gangs and illegal mining bosses, licensed bulk buyers (scrap metal dealers and pawnbrokers) at national or regional level, front company exporters, and international intermediary buyers and companies are the more significant criminal actors.

The Institute of Security Studies estimates that about 30,000 illegal miners produce R14-billion worth of gold per annum. From the state’s perspective this is “lost production”. The United Arab Emirates and Switzerland have been identified as the primary export destinations.

Thousands of illegal miners pursue artisanal mining as a permanent, though precarious, livelihood strategy. Recent PhD graduate Maxwell Chuma explored this. He studied the natural, social, financial, human and physical capitals that frame artisanal mining in South Africa. He examined the push and pull factors that drive people into this high-risk activity.

Read more in Daily Maverick: “A thriving trade has sprung up around illegal mining in Gauteng”

The push factors include a loss of formal employment in the mining industry, lack of alternative employment opportunities and drought conditions in neighbouring countries. The pull factors include the ease of accessing mineralised land, social capital provided by national and ethnic groups in control of illegal mining and the relatively stable income.

The risks and illegality of the work itself, trespassing, the rampant use of mercury and the criminality of the sector make this dangerous and volatile work.

In 2014 the South African Human Rights Commission conducted investigative hearings into unregulated artisanal mining. The commission called for the state to institute an appropriate policy and regulatory framework to facilitate and manage artisanal mining as a livelihood strategy.

In March 2022, Minister of Mineral Resources and Energy Gwede Mantashe published the Artisanal and Small-scale Mining Policy. The policy recognises the potential of artisanal mining as a livelihood strategy. But it reserves the permit system for South Africans. It tasks a National Coordination and Strategic Management Team to “halt” illegal mining.

Mantashe, as well as the department, must urgently speed up attempts to formalise artisanal mining as a livelihood strategy. The department should properly engage the mining industry and civil society in this process.

At the same time, a coordinated transnational effort to break the strangle-hold of the criminal syndicates must continue.

Applying a set of principles agreed by OECD countries on managing supply chains in conflict and high risk areas could also help manage the problem.

Finally, the powers conferred on the precious metals regulator need to be revisited. The changes need to ensure that property security checks on sellers can be conducted and patterns in the supply of gold can be determined. Unscrupulous licensed bulk buyers of illegally mined gold must also be identified and brought to book. DM

Dr Maxwell Chuma contributed to this article and the research it’s based on. He is a lecturer at Learnex Corporate Training.

Tracy-Lynn Field is a professor of environmental and sustainability law at the University of the Witwatersrand.