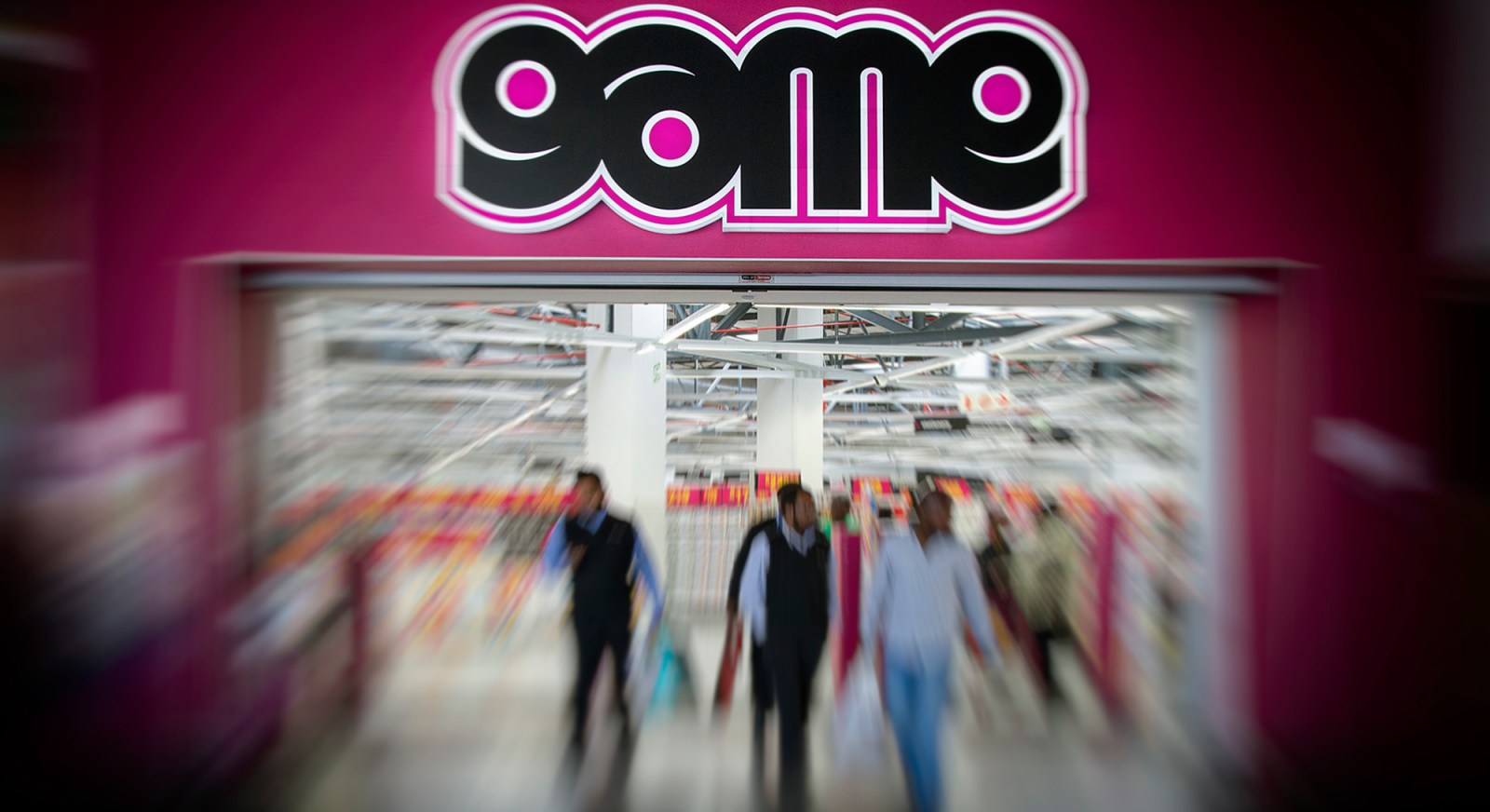 When Makro, Game and Builders Warehouse were popular you got an overwhelming sense of two things: big stores, and cheap. (Photo: Nadine Hutton / Bloomberg via Getty Images)

Being in love: Isn’t it the best thing? There is only one thing better – staying in love. Love is blind, so they say. But being married is a real eye-opener.

One of my favourite stand-up comics on the subject of love and marriage is Rita Rudner, who once said: “I think men who have a pierced ear are better prepared for marriage. They’ve experienced pain and bought jewellery.”

Another one of her gags is: “I love being married. It’s so great to find one special person you want to annoy for the rest of your life.” And, slightly ironically, she has been married to the same person for more than 30 years, despite commenting once that, in Hollywood, a marriage is judged a success if it outlasts the milk.

I’ve been thinking about love and retailers recently, because I struggle to understand why people fall out of love with their shopping destinations.

Two sets of stores in South Africa were once dearly loved, but now are not: Edgars and Massmart. In both cases, it’s very hard to track where exactly management went wrong, and why subsequent management haven’t been able to fix it.

Read more in Daily Maverick: “Something just Clicked: Lessons to be learnt from giving the people what they want”

Massmart has just released its interim results, which indicate that the store is getting very slightly better in absolute terms, but is showing very little of the bounce-back of other retailers following the Covid decline.

It’s not as though either Edgars or Massmart have had terrible management – on the contrary. To the extent that you can judge from the outside, management in both cases has been decisive, creative and determined to fix the problems.

Now you have to be a bit careful here, because there is more rubbish spouted in the world about brands than there is about the concept of love.

American branding author Seth Godin once said: “Marketing is no longer about the stuff you make, but about the stories you tell.” Well, you know, everybody loves a good story, but surely we should also want the product. Don’t you think? Maybe?

On the internet I found what I think is a good explanation for why people fall in love and stay in love with brands, written a couple of years ago by ad agency exec Kendra Lively working for a US agency called Phase 3.

She said, like the four chambers of the heart, there are four reasons people fall in love with brands: brands make us more of who we are; brands say what we don’t have the words for; brands are reliable partners; and brands give us a reason to stay committed.

If you think of Apple, for example, there is lots of identity in the products, which you can’t quite describe, and the products are reliable and keep getting better. Simple. The result is that people are prepared to pay enormous margins for Apple products – way above the competition.

Now apply that in reverse to Massmart, and I suspect you might start to get a sense of why the stores are struggling.

Read more in Daily Maverick: “Massmart puts on a brave front in the face of 2021 financial misfortune”

Massmart consists mainly of three sets of stores: Makro, Game and Builders Warehouse. When they were popular – and that really wasn’t long ago – you got an overwhelming sense of two things: big stores, and cheap. In other words, the service was good value and they had a broad variety because the stores were big enough to hold a huge range of products.

My sense is that during its halcyon days, management started to lose focus. I know that’s a terrible thing to say in retrospect. But the company started expanding both vertically and horizontally into new geographies around the continent, new types of stores, including Cambridge Food and Rhino, and new product lines like groceries in Game stores.

Yet it came under attack from all directions: from above with lots of specialist sellers of white goods; from the sides with South Africa’s existing retailers just offering better product lines, and from below with availability sprouting everywhere on the internet.

Massmart has its own flourishing internet division but, of course, for an existing retailer this is a double-edged sword. Everything you sell on the internet effectively makes all of the rent you pay on those huge stores slightly less worthwhile.

Covid also helped the big internet players just at the moment when physical shopping was beginning to fade.

The approach of Mitch Slape, the fairly new group CEO imported from the US parent WalMart, is really unimpeachable: stabilise, focus, invest, he preaches to the investment community. And the company is palpably moving down this track. But you have to say, they’re looking down a long road.

Amazon CEO Jeff Bezos once said that “your brand is what other people say about you when you’re not in the room”. I suspect what people are saying when Massmart execs are not in the room is that this is the last-chance saloon. BM/DM