Miracles aside, Zuma Arms Deal trial likely to begin in...

Miracles aside, Zuma Arms Deal trial is likely to begin in 2023 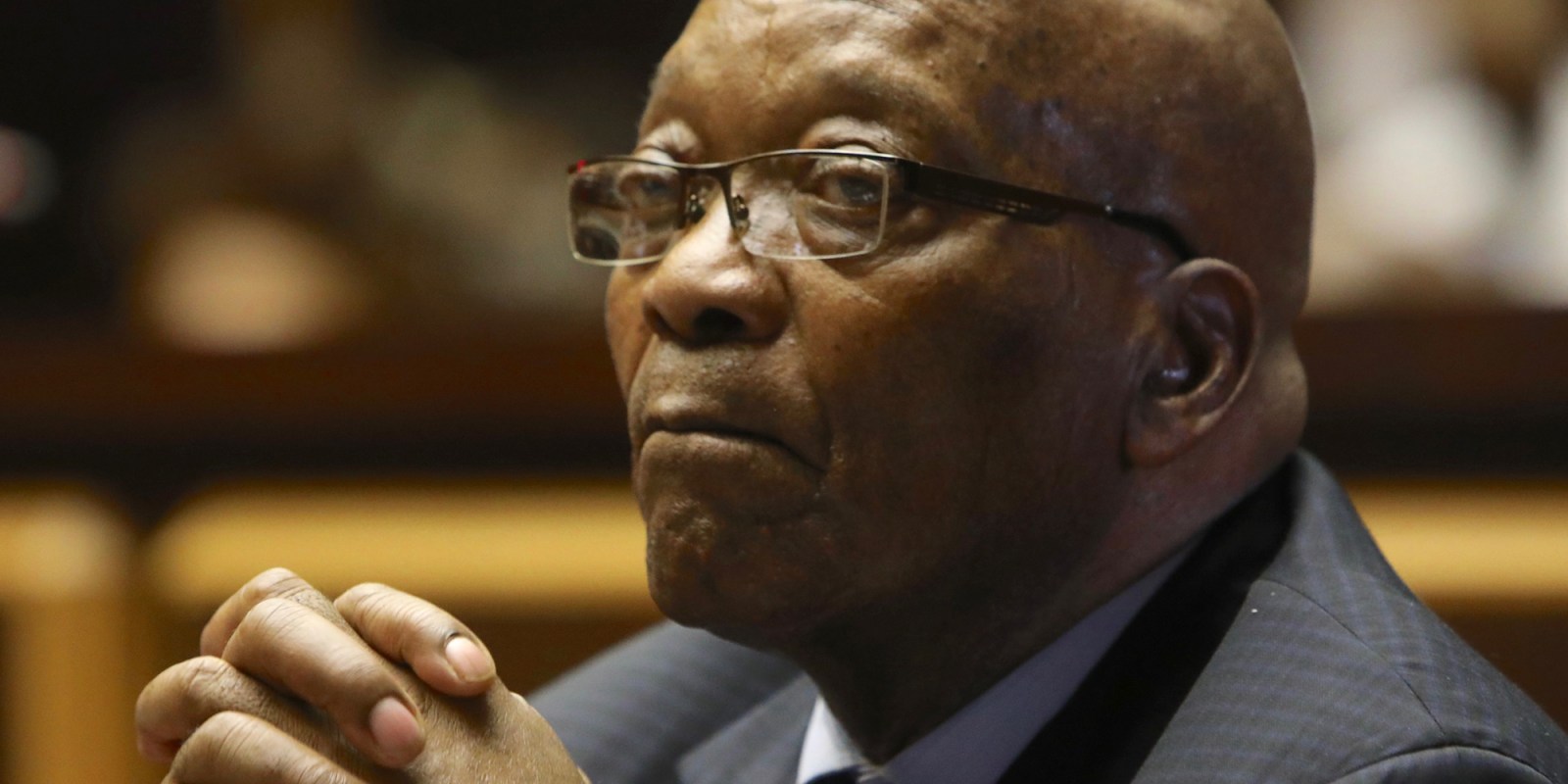 Unless the Constitutional Court by Monday, 1 August miraculously dismisses former president Jacob Zuma’s last-gasp attempt to have state prosecutor Billy Downer removed from his Arms Deal graft trial and supports the idea of an immediate acquittal, the proverbial die would have been cast and the trial against the 80-year-old is not likely to sit until 2023.

In the greater scheme of all things Zuma, Monday’s hearing at the Pietermaritzburg High Court is a formality for ticking boxes and planning the trial schedule.

Neither Zuma nor a representative of his co-accused, arms manufacturer Thales South Africa, is required to be present in court.

The criminal matter of the State v Zuma and another (Thales South Africa) has been beset by delays since Zuma was first indicted on 30 June 2005, mostly by Zuma’s doing, via what has become known as the Stalingrad Defence, a reference to the Battle of Stalingrad during World War 2.

Two key boxes that needed to be ticked before the trial begins, unless any new application is brought by Zuma’s legal team that could further delay proceedings, were whether there are any outstanding decisions from either the Supreme Court of Appeal (SCA) or the Constitutional Court.

On the former, the SCA judge president Mandisa Maya on 20 May dismissed Zuma’s “reconsideration application” to have his matter heard before the court.

This particular decision was outstanding at the last Pietermaritzburg court sitting on 17 May, with trial judge Piet Koen voicing concern over why a decision had yet to be taken when the application had been sitting with Maya’s office for about a month.

“I am a bit surprised. Normally these matters are dealt with quickly,” said Koen at the time.

So rife was speculation concerning the delay in a matter that has made international headlines and widened crevices within the governing ANC, that the Office of the Chief Justice (OCJ) was forced to issue a statement on 27 May wherein it refuted claims that the delay was a “deliberate act” to buy Zuma time.

The delay, according to the OCJ, was instead due to “administrative challenges within the SCA general office”. The OCJ maintained that Maya “remains committed to the principle of judicial independence”. Maya was appointed deputy chief justice on 25 July.

In mid-June, Zuma’s legal team filed an application to the Constitutional Court. Had the apex court already ruled on the application and found against Zuma, the graft trial would have been set to start on 15 August.

While Zuma’s various applications differ slightly, all are a continuation of his 2021 application, formally known as a “special plea”, to have veteran prosecutor Billy Downer removed from the trial in terms of section 106 (1)(h) of the Criminal Procedure Act, which deals with a prosecutor’s “title to prosecute”.

The former president contends that Downer is not fit to prosecute at the trial because he is biased. Should the court find in his favour, according to Zuma, he will be entitled to an immediate acquittal in terms of section 106 (4) of the same act.

The crux of Zuma’s argument — put to the high court, SCA and most recently the Constitutional Court — is that Downer lacks “independence and impartiality” and that the impending trial has already been tainted by political and unlawful meddling, specifically involving the National Prosecuting Authority. Downer would thus be unable to conduct a “lawful prosecution” that would uphold Zuma’s constitutional rights to a fair trial.

Zuma entered the special plea on 26 May 2021 when he also pleaded not guilty to a raft of charges relating to the controversial 1999 Arms Deal.

Read in Daily Maverick: “After 10 years (and a staring match with the judge) Zuma finally enters his plea on corruption charges: ‘Not guilty’ ”

Koen dismissed the special plea application in October 2021, saying “many” of the items raised by Zuma’s legal team in support thereof were “based on speculation or suspicion or are based on inadmissible hearsay evidence and not on fact”

In February, Koen denied Zuma leave to appeal against that judgment, stating that the trial should proceed. He said Zuma could challenge the special plea judgment after the criminal trial was completed.

On 9 March, Zuma petitioned the SCA for direct access to the court and on 30 March the SCA dismissed the petition on the grounds that there “is no reasonable prospect of success”.

Zuma immediately submitted a reconsideration application to Maya in terms of section 17.2(f) of the Superior Courts Act, which allows an SCA judge president to personally intervene and have a matter heard by the SCA.

Zuma is accused of receiving 791 payments, totalling R4.1-million, between 1995 and 2004 from his former financial adviser/economic adviser Schabir Shaik, and Shaik’s companies, to help Thales secure lucrative defence contracts from the government as part of the country’s armaments deal.

Thales has also pleaded not guilty to all of the charges. DM