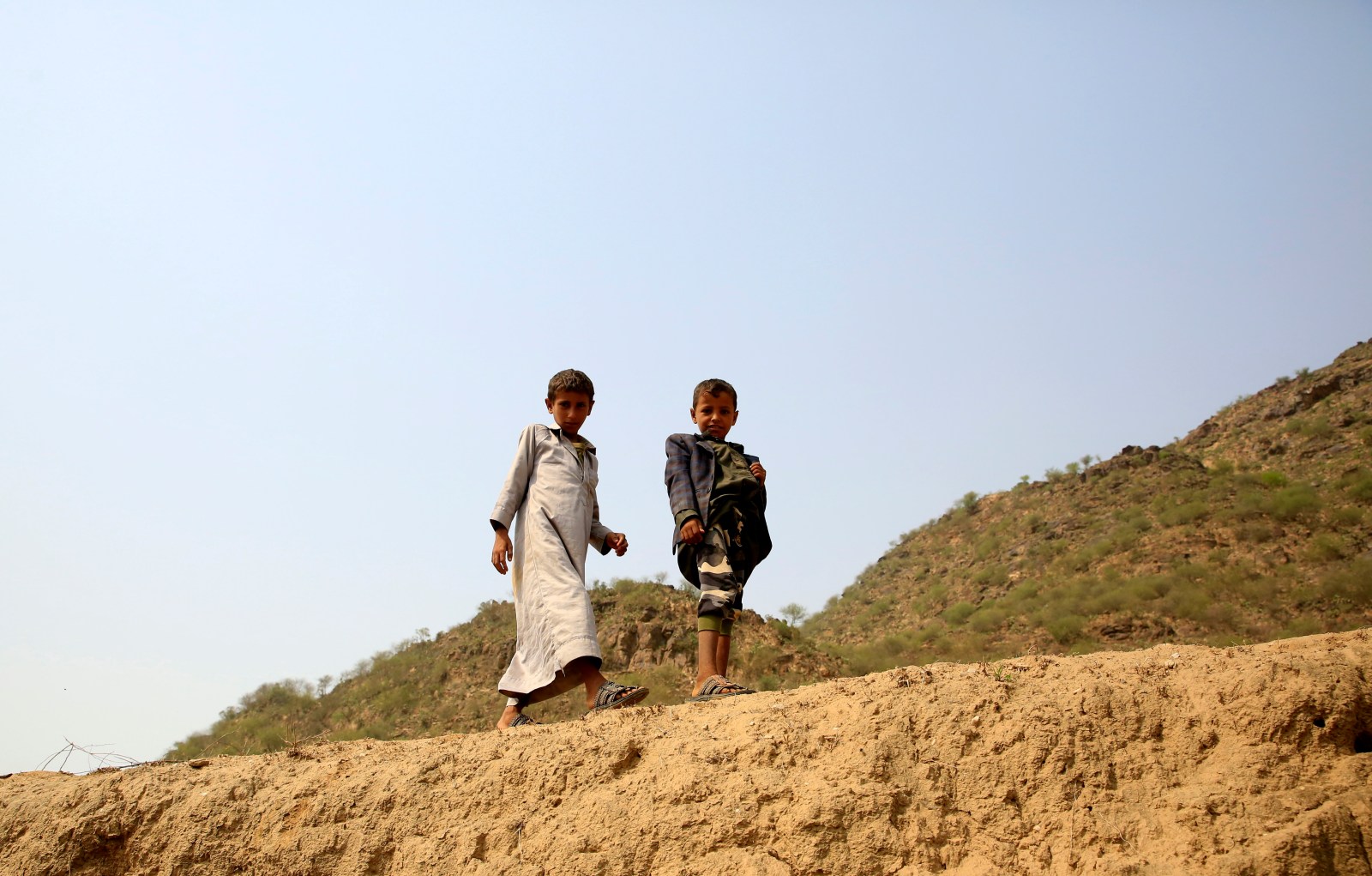 Yemeni boys walk through a mountain road amid a nationwide truce at a remote village in the northern province of Saada, Yemen, 14 July 2022. EPA-EFE/YAHYA ARHAB

LONDON, July 29 (Reuters) - Yemen's warring parties are likely to agree an extension of a truce which expires on Tuesday but all sides are warily preparing for fresh hostilities, an official from southern Yemen's political leadership said.

The truce has held since April as some regional powers seek to exit the seven-year conflict which has pitted a coalition led by Saudi Arabia against Yemen’s Iran-aligned Houthis, killing tens of thousands of people and leaving millions facing famine.

Amr al-Bidh, a senior member of the Southern Transitional Council (STC) which is part of the Saudi-backed anti-Houthi alliance, said Houthi attacks continued despite the truce, suggesting they were trying to strengthen frontline positions.

“We think the Houthis are happy now with the truce, and maybe they will extend. But at the same time, the war is coming. The preparation for war is happening,” Bidh told reporters on a visit to London. “We think it would be naive not to prepare for war with the Houthis.”

The United Nations special envoy to Yemen said earlier this month that though there has been a sharp decline in hostilities, both sides have reported alleged violations as well as new fortifications and troop reinforcements to main front lines.

Both have been frustrated about implementation of the full terms of the deal which included allowing fuel ships to dock into Houthi-held Hodeidah port, some commercial flights from the capital Sanaa, which is also under the group’s control, and talks to reopen roads in the disputed Taiz region.

The Houthi’s top negotiator last week accused the Saudi-led coalition of being “irresponsible and arrogant” for not delivering on the stipulated number of fuel shipments and flights. The government has criticized the Houthi’s refusal to reopen main roads in Taiz.

Bidh said several anti-Houthi factions wanted the Taiz issue resolved before agreeing an extension, highlighting what he said was the challenge posed by the differing priorities of their unwieldy alliance in a new presidential council formed in April under Saudi auspices.

The Political Leadership Council (PLC), which assumed the powers of the internationally recognised president-in-exile, consists of eight members who share an enemy in the Houthis but lack a unifying strategy.

It includes several armed group leaders backed by the United Arab Emirates in the multifaceted conflict.

“The problem with the PLC is eight people with a different agenda is very complicated,” Bidh said. “We don’t have a good history in managing crises in Yemen, especially in the south.”

Bidh’s STC has been locked in a power struggle in the south, where the Saudi-backed authority is based, and ultimately seeks a separate South Yemen, but its secessionist goal is opposed by others in the PLC.

The Houthis largely control the north and most big population centres.

Bidh said the duration of any truce extension was not yet clear, though it should be longer than the two-month period which has been rolled over once already.