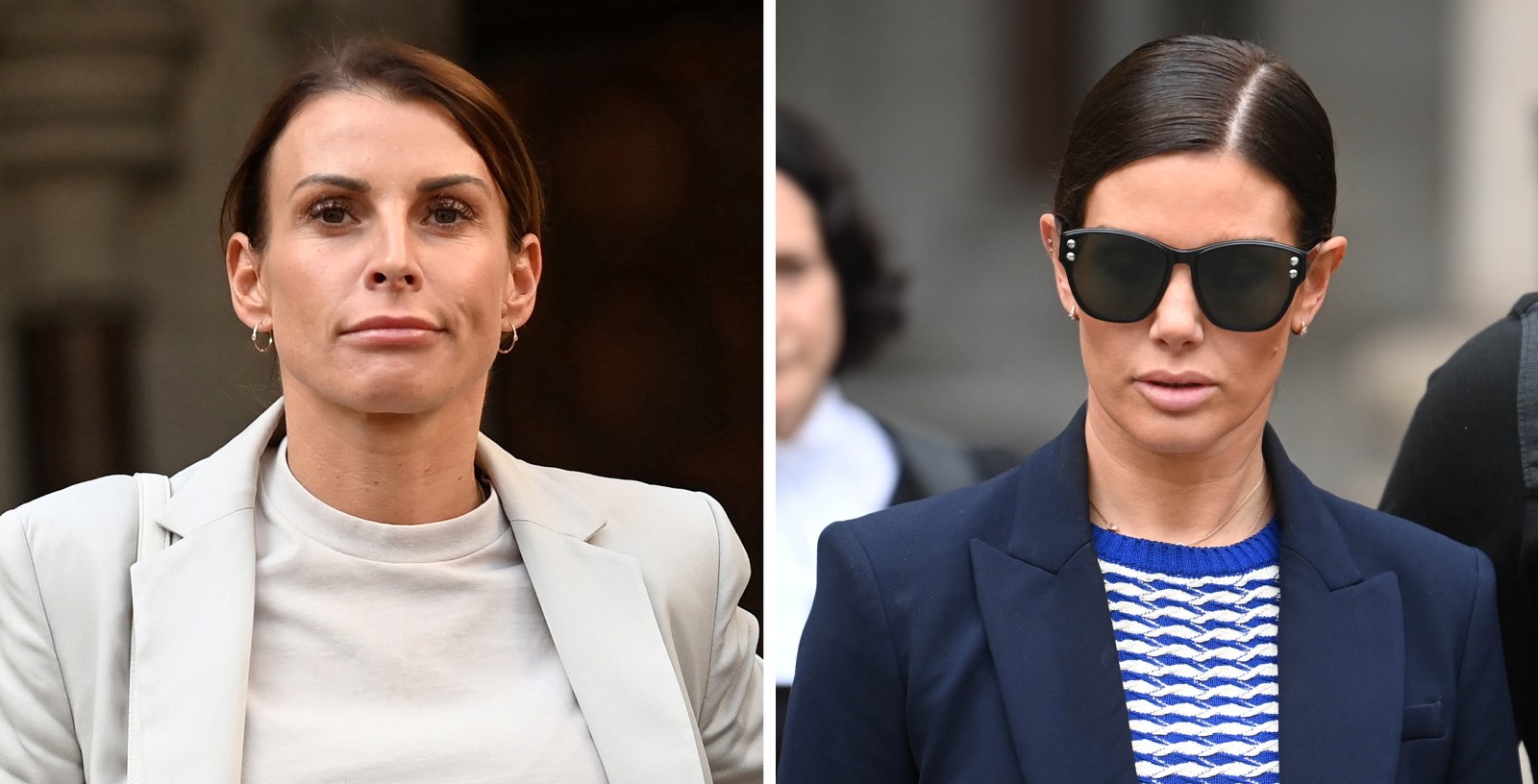 A composite image shows Coleen Rooney (L) in London, Britain, 13 May 2022 and Rebekah Vardy (R) in London, Britain, 12 May 2022 depart the Royal Courts of Justice (issued 29 July 2022). Vardy lost her libel case against Rooney, a ruling by the court says on 29 July 2022. Footballers' wives Coleen Rooney and Rebekah Vardy were facing each other in the libel trial dubbed 'Wagatha Christie' over a social media post. The case centred on Twitter and Instagram posts from October 2019 where Coleen Rooney alleged that Rebekah Vardy was responsible for leaking private posts to The Sun tabloid. EPA-EFE/ANDY RAIN/NEIL HALL

LONDON, July 29 (Reuters) - Coleen Rooney, the wife of former England soccer captain Wayne, emerged victorious in her high-profile libel match with the spouse of one of his ex-teammates after the High Court in London agreed Rebekah Vardy had leaked stories about her to the press.

In a case that has fascinated the media and public alike with its mix of glamour, soccer, and amateur sleuthing, the court backed Rooney’s very public assertion that Vardy had been spilling private details to the Sun tabloid.

The intrigue began almost three years ago when Rooney became suspicious about stories appearing in the Sun tabloid involving information she had put on her personal Instagram account. She turned detective to try to find out who the culprit was.

She said she blocked everyone from viewing her account except one person and then posted a series of false stories to see whether they leaked out, which she said they had.

She wrote on her social media accounts that only one person had viewed the false stories, concluding with the dramatic revelation: “It’s … Rebekah Vardy’s account.”

Vardy, 40, sued Rooney and the feud was dubbed the “WAGatha Christie” case, a reference to the “WAG” moniker given to the glamorous group of footballers’ wives and girlfriends, and to the renowned author of detective novels, in honour of Rooney’s amateur sleuthing.

The judge, Justice Karen Steyn, said in her ruling that Rooney had successfully proved her allegation was “substantially true”. She concluded that Vardy knew and condoned details being leaked to the Sun by her agent Caroline Watt.

During a trial in May, the court was shown message exchanges she had with Watt, which included some derogatory remarks about Rooney and discussions of leaking stories, while Rooney’s lawyer said Vardy had deleted other media files and WhatsApp messages.

Meanwhile Watt’s phone ended up at the bottom of the North Sea after she accidentally dropped it over the side of a boat.

“I find that it is, unfortunately, necessary to treat Ms Vardy’s evidence with very considerable caution,” Steyn said. “There were many occasions when her evidence was manifestly inconsistent with the contemporaneous documentary evidence, and others where she was evasive.”

Their courtroom bust-up has attracted similar level of public interest and media attention as any of their husbands’ soccer games.

Wayne Rooney holds the record for the most international goals for his country, while Vardy’s husband Jamie has been one of the top scorers in the English Premier League in recent years, also playing and scoring for the national side.

Both women are well-known figures in their own right — Coleen Rooney, 36, has 1.2 million followers on Twitter and almost 925,000 on Instagram — and the libel case has lifted the lid on the glittering and less flattering aspects of the lives of rich and famous soccer stars and their families.

Vardy says her family had received abuse and threats as a result of Rooney’s public accusation, and Steyn did agree it was not in the public interest for the disclosure to have been made without giving Vardy the chance to respond first.