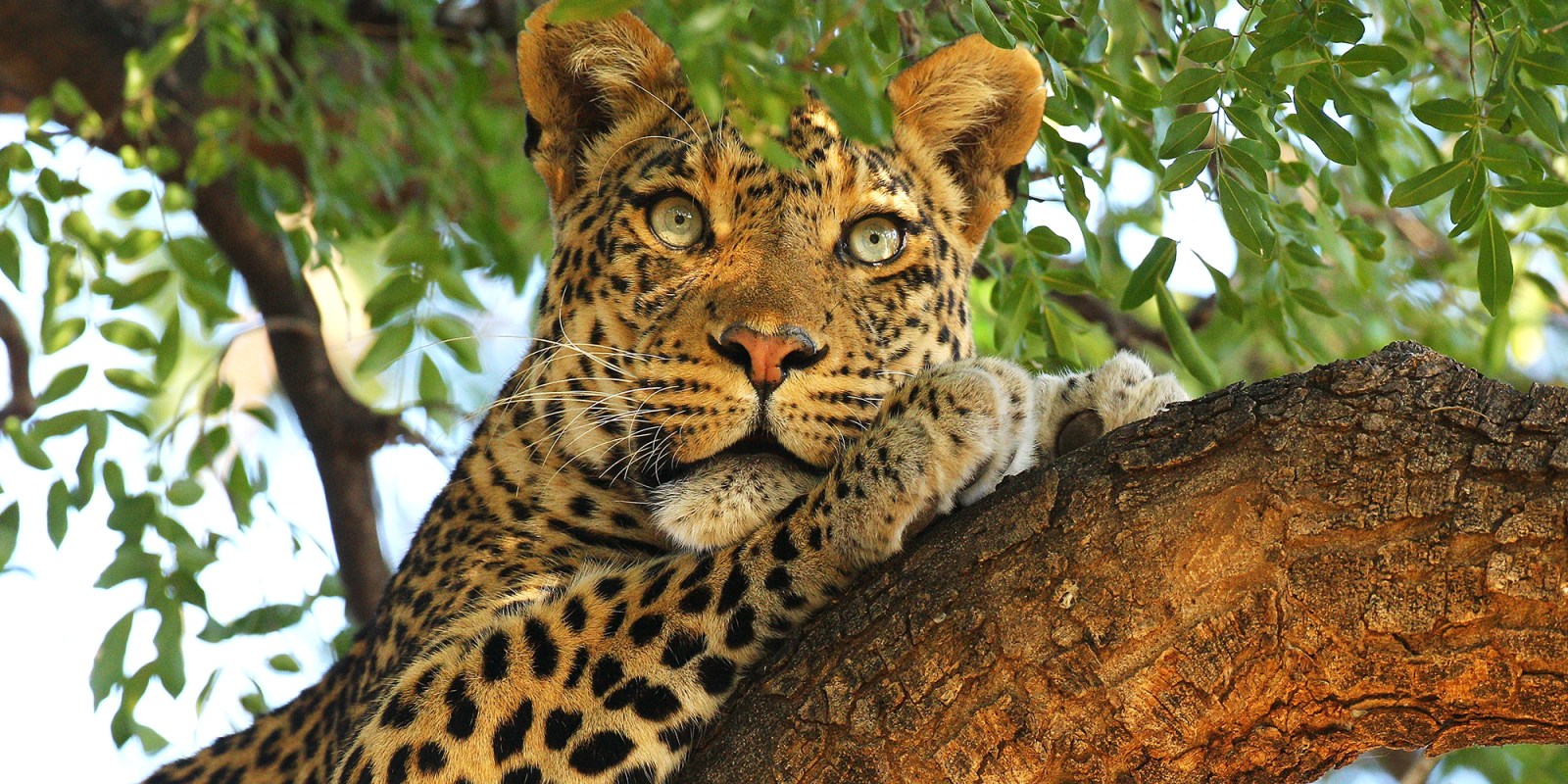 A leopard looks out from a tree at the Mashatu game reserve on 25 July 2010 in Mapungubwe, Botswana. (Photo: Cameron Spencer / Getty Images)

In what is seen as a dual victory for transparency and wildlife conservation, the Eastern Cape High Court on Tuesday ordered the provincial MEC for Environmental Affairs to disclose previously sealed records of all permits issued to trap, kill, hunt or translocate endangered leopards in the Eastern Cape since 2017.

‘I believe we have lifted the lid on unaccountable government and possibly corruption in so far as how biological resources are handed down to private interests by state agents.”

So said Bool Smuts, director at Landmark Foundation, speaking to Our Burning Planet following a court victory that is being seen as a dual achievement for transparency and wildlife conservation.

On Tuesday, the Eastern Cape High Court in Makhanda ordered the MEC for Environmental Affairs to disclose the department’s records of all applications received and all permits issued to trap, kill, hunt or translocate any leopards in or from the Eastern Cape since 2017.

The judgment has seemingly brought to an end an ongoing legal challenge that has sought to demystify how hitherto secret decisions involving South Africa’s rich biological endowment are made by public servants to benefit private interests.

The court judgment and associated documents, which OBP has seen, lays out the context and history.

Landmark Foundation is a conservation NGO and registered charitable trust that is “committed to establishing effective predator management methods that are ecologically and ethically acceptable, and that support a healthy ecosystem and the conservation of endangered species”. It established the Leopard and Predator Project which “addresses the persecution of predators” in South Africa, with a particular focus on leopards in the Western Cape, Northern Cape and Eastern Cape.

In approaching the courts, the foundation sought an order compelling access to records held by the Eastern Cape’s Department of Economic Development and Environmental Affairs; specifically, all applications received and permits issued from 2017 to December 2019, to trap, kill, hunt or translocate any leopards in or from the province.

It explains that fewer than 400 adult leopards remain in the Eastern Cape. The declining population numbers, representatives for the foundation argued, are caused by, among other factors, “the loss of habitat, human-caused mortality, continuing persecution and genetic isolation of small populations.

“As top predators, the presence of large carnivores such as leopards in an area has many important ecological consequences, such as the regulation of prey numbers, population control of predators through competition, and maintenance of a functional balance of biodiversity in the local community.

“The presence of leopards is an important indicator of an ecologically healthy environment.”

This small number of leopards is why the animal is listed as a vulnerable species, that is, “an indigenous species facing a high risk of extinction in the wild in the medium-term future”, according to the National Environmental Management: Biodiversity Act 2004 Threatened or Protected Species regulations.

Section 57 of the Biodiversity Act prohibits any person from carrying out a “restricted activity” involving a specimen of a listed threatened or protected species without a permit issued in terms of Chapter 7 of the Act.

Restricted activities in relation to a listed threatened or protected species include hunting, catching, capturing or killing any living specimen, having in possession or exercising physical control over any specimen, and conveying, moving or otherwise translocating any specimen.

“This happened when leopards were removed in ecologically ruinous actions and with backroom allegiances.”

In summation, nobody is allowed to carry out a restricted activity involving a leopard without the necessary permit. It is in this context that the foundation has tried to gain access to the records of who the department has given these permits.

The department, which has fought against revealing these records, based its opposition on the premise that doing so would amount to an unwarranted invasion of personal privacy. They have also suggested that if the location of leopards became public knowledge, this would attract criminal elements.

Tuesday’s judgment rubbished these arguments, finding in favour of the Landmark Foundation. Judge Avinash Govindjee said the department “had not discharged the onus of proving that the information is either personal information” or “that its disclosure would be unreasonable”.

The judge said “the application was brought forth by the Foundation for the purposes of obtaining information relevant to the management and conservation of the leopard species. It is accepted that state management in the conservation of threatened and protected species involves a public interest dimension.

“The right of access to information is closely linked to the cultivation of an accountable, responsive and open society and to the realisation of other constitutional rights, including the right to a healthy environment.

“Animal welfare and conservation form part of this right. Access to information is the norm, rather than the exception.”

The judgment continued to explain that applicants for permits seek to perform a restricted activity, and determinations on whether to grant a permit application “may affect the environment significantly”. Accordingly, given the nature of a request to perform a restricted activity and its potential impact on a vulnerable species, the application process “has acquired a social dimension outside the private domain” and it cannot, consequently, be said that a reasonable expectation of privacy exists in relation to such an activity.

The court ordered that the Eastern Cape Department of Economic Development and Environmental Affairs provide the Landmark Foundation with access to “all applications received and all permits issued… to trap, kill, hunt or translocate any leopards in or from the Eastern Cape… from 2017 to 3 December 2019”.

Asked what the potential implications of the judgment might be on transparency and conservation, Smuts said: “It is the beginning of holding state officials acting with impunity accountable to be responsible for looking after our environment.”

Asked about the importance of the ruling, Smuts told OBP that “it should be the primary concern of every South African, because there is no economy without a healthy ecology and environment.

“It is everybody’s concern that our ecological resources are conserved because our very lives depend upon it. You can’t survive 10 minutes without clean air and you can’t survive two days without water… and the biodiversity patterns and processes are the ecological web of life that sustains us.