Mandisa Maya as deputy chief justice ‘a beacon of hop... 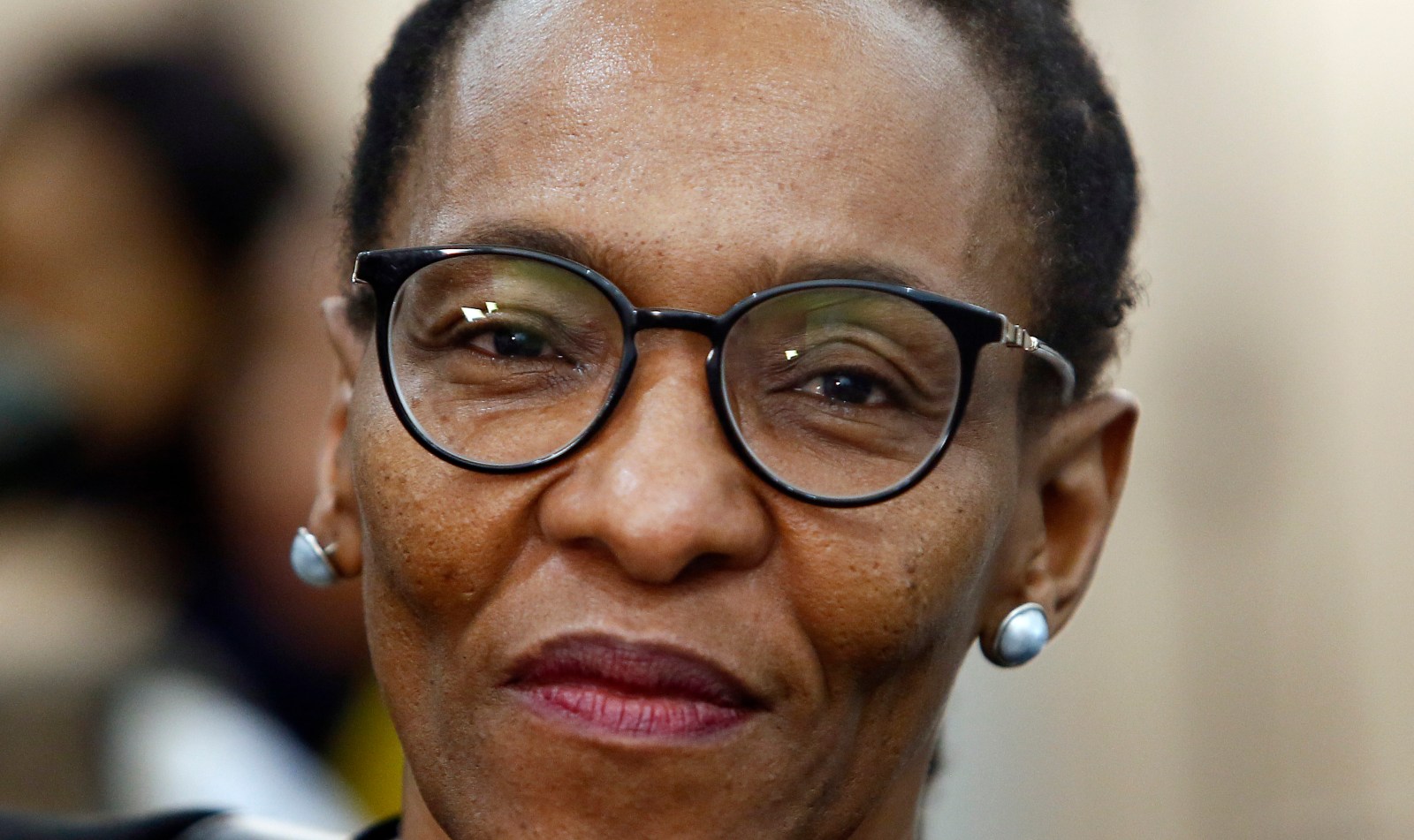 New deputy chief justice Mandisa Maya has served as a commissioner on the Judicial Service Commission for the past five years, including chairing its Sifting Committee for the past three. (Photo: Felix Dlangamandla / Daily Maverick)

On Monday, the Presidency announced that President Cyril Ramaphosa had appointed Mandisa Maya as deputy chief justice – the first woman to occupy the role.

“Justice Maya will contribute to the ongoing transformation process of the judiciary. Her ascendancy to the apex court will serve as a beacon of hope for scores of young women and make them believe that South Africa is a country of possibilities regardless of gender, social or economic circumstances,” said Ramaphosa.

Maya is no stranger to making history – she is the first woman to hold the positions of deputy president and president of the Supreme Court of Appeal.

During the Judicial Service Commission (JSC) interview for the deputy chief justice position, Maya was repeatedly asked about the 2020 judgment she wrote in her mother tongue, isiXhosa, about the right of Afrikaans students at Unisa to be taught in their mother tongue.

Maya told the JSC: “It was a matter of great pride for me as well to be able to produce a judgment in my own beautiful and very downtrodden language.”

As deputy chief justice, Maya will chair the Judicial Conduct Committee (JCC). During her interview, Maya told the JSC that although she had recused herself when Western Cape High Court Judge President John Hlophe appeared before the JCC, she assured them she was not a “serial recuser”.

Maya explained that in the two decades she had been a judge it was the first time she had recused herself. “We’re not friends but I have known him for a long time. He was there for me during a difficult time. I’ve had meals at his house when I was in Cape Town… maybe I was overly cautious when it came to his matter. I’ve been a judge for 22 years and I’ve never recused myself. My sense was that the proper thing was to not sit,” she told the committee.

The role of the deputy chief justice

Regarding the role of the deputy chief justice, Mbekezeli Benjamin and Vuyani Ndzishe of Judges Matter wrote: “The DCJ is also responsible for presiding over hearings in the Constitutional Court in the absence of the CJ. On this score, Maya will draw on her many years of presiding over the appeal Benches of the SCA, her experience of acting in the apex court, plus the fact that the majority of the current ConCourt justices are her former SCA colleagues.

“We know that over the next few months, [Judge Raymond] Zondo will still be preoccupied with work outside of the ConCourt, so Maya will be called up to preside at ConCourt hearings sooner rather than later.”

‘I’m not here because I’m a woman’

She was the only woman out of the four candidates vying for chief justice and could not get away from questions about her gender and suitability.

During the interview, Justice Minister Ronald Lamola said: “I got a sense that you’re standing on your credentials, not on the basis that you’re a woman.” To which Maya candidly responded: “I’m not here because I’m a woman, I’m a worthy judge… I’m just a good woman judge.”

Daily Maverick’s Rebecca Davis wrote about Maya’s interview: “It is probably no exaggeration to say that perhaps one in every five questions or observations directed by the JSC to Maya did not directly reference her gender. After five deadening hours the mere mention of the “W” word was starting to induce faint nausea.”

At the time the JSC had recommended that the President appoint Maya as chief justice, which received a backlash from legal experts.

Lawson Naidoo, the executive secretary of the Council for the Advancement of the South African Constitution told News24 that “what they’ve done is usurp the power of the President by putting forward a candidate. It’s not their responsibility to select from the four candidates, but rather to enable the President to make a decision”. DM