Pandemic behind ‘largest backslide in childhood vaccination in a generation’ – U.N 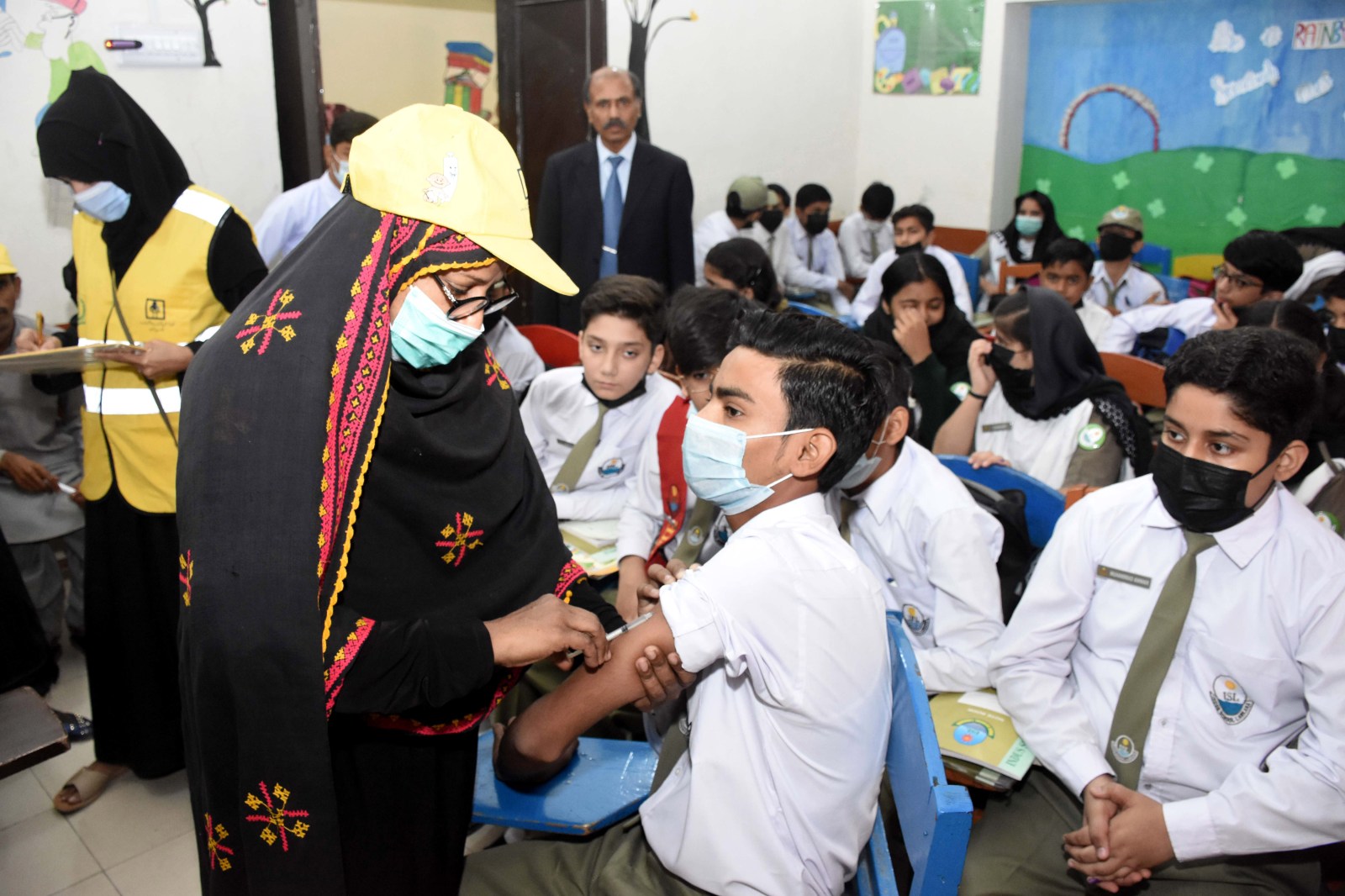 A health worker administers a dose of a vaccine to school children during an inoculation drive of a measles and rubella prevention campaign in Larkana, Pakistan, 19 November 2021. EPA-EFE/WAQAR HUSSAIN

LONDON, July 15 (Reuters) - Around 25 million children around the world missed out on routine vaccinations that protect against life-threatening diseases last year, as the knock-on effects of the pandemic continue to disrupt health care globally.

That is two million more children than in 2020, when Covid-19 caused lockdowns around the world, and six million more than pre-pandemic in 2019, according to new figures released by Unicef and the World Health Organization.

Unicef described the drop in vaccination coverage as the largest sustained backslide in childhood vaccination in a generation, taking coverage rates back to levels not seen since the early 2000s.

Many had hoped that 2021 would see some ground recovered after the first year of the pandemic, but the situation actually worsened, raising questions over catch-up efforts.

“I want to get across the urgency,” Unicef’s senior immunisation specialist, Niklas Danielsson told Reuters. “This is a child health crisis.”

The agency said that a focus on Covid-19 immunisation campaigns in 2021, as well as the economic slowdown and strain on healthcare systems, had stymied a quicker recovery for routine vaccinations.

Coverage dropped in every region, the figures showed, which are estimated using data on the take-up of the three-dose diptheria, tetanus and pertussis (DTP3) jab and include both children who get no jabs at all and those who miss on any of the three doses necessary for protection. Globally, coverage fell by 5 per cent to 81 per cent last year.

The number of “zero-dose” children, who did not receive any vaccinations, rose by 37% between 2019 and 2021, from 13 to 18 million children mostly in low and middle-income countries, the data showed.

For many diseases, more than 90% of children need to be vaccinated in order to prevent outbreaks. There have already been reports of rising cases of vaccine-preventable diseases in recent months, including a 400% rise in measles cases in Africa in 2022.

In 2021, 24.7 million children missed their first dose of measles vaccine, and a further 14.7 million did not get the essential second dose, the data showed. Coverage was 81%, the lowest since 2008.

The numbers are worked out using data from national health systems in 177 countries.