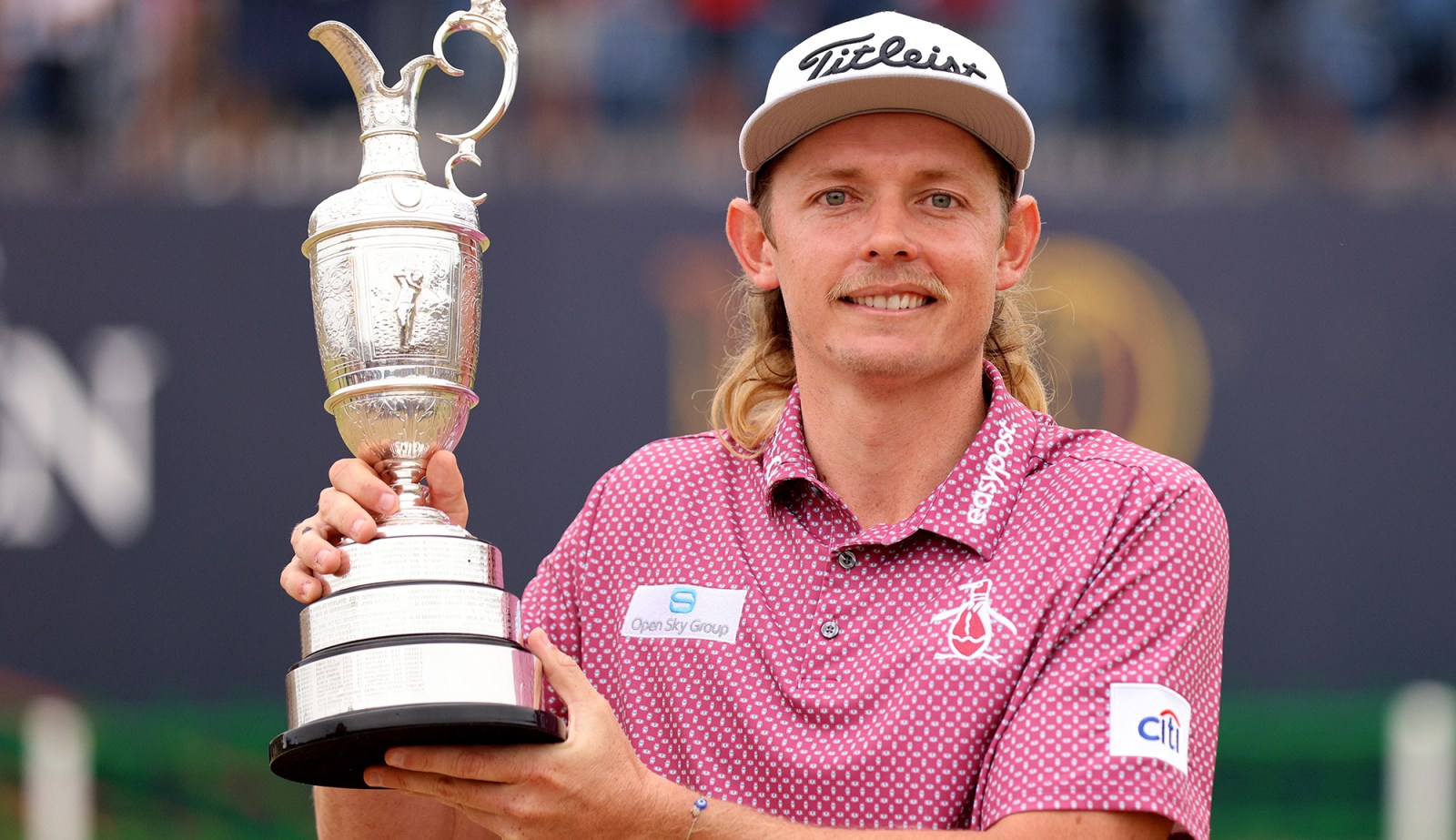 Cameron Smith staged one of the greatest back-nine charges ever witnessed at a major championship, coming from four shots behind to win the 150th British Open on Sunday as Rory McIlroy’s major drought continued.

Cameron Smith, winner of golf’s unofficial fifth major, The Players Championship, earlier this year, carded a sensational final-round eight-under 64 that included a spectacular run of five consecutive birdies from the turn to become the first Australian to hoist the Claret Jug since Greg Norman in 1993.

The 28-year-old Queenslander also became the first Australian man to claim one of golf’s four majors since Jason Day’s victory at the 2015 PGA Championship.

Smith’s winning total of 20-under 268 was one better than playing partner, American Cameron Young, who eagled the last for a 65 to finish alone in second while McIlroy, the betting favourite coming into St Andrews, faltered at the finish to settle for third.

“Jeez, what a week. It’s unreal to look at the names on this trophy and then see mine… I’m lost for words,” Smith said after receiving the trophy.

“I’m going to fall apart here, I know. I want to thank the team here for all their hard work, and this one makes it worth it.

“To the R&A — a fantastic week, to St Andrews Links and everyone involved — it was absolutely awesome out there. The course was exactly how an Open championship should be played.”

McIlroy started the final round tied for the lead with Viktor Hovland, four strokes clear of the pack and an end to his eight-year major drought looked in sight as he moved two shots ahead, alone in first.

The Northern Irishman’s conservative game plan had appeared to work to perfection as he carded an error-free two-under 70.

But in the end, fortune favoured the brave as Smith’s go-for-broke approach ended with him being crowned Champion Golfer of the Year.

As McIlroy and Hovland set out under overcast skies they no doubt noticed the low scores put up by early starters like Sadom Kaewkanjana of Thailand and Mexico’s Abraham Ancer who were in the clubhouse with seven-under 65s.

For Smith and Young, sitting four behind, the message was received — the Claret Jug was still within reach.

McIlroy had preached patience the entire week and was doing just that as he reached the turn without a bogey, a single birdie good enough to keep him two shots ahead of a trio of challengers, Hovland, Smith and Young.

Yet while the four-time major winner was practising patience, Smith was mounting a devastating all-out attack, firing five straight birdies to start the back nine, knocking McIlroy from the top of the leaderboard.

One more birdie at the 18th and all that was left for Smith to do was to wait and see if McIlroy, playing the pair behind him, could eagle the last to force a playoff.

Smith was not celebrating just yet, knowing anything was possible, having watched Young eagle the 18th to join him momentarily on 19-under, until he drained his short birdie to clinch the Jug.

The galleries had flocked to the Fife coast to witness Rory McIlroy’s second British Open title, eight years after his first, but instead saw the Northern Irishman’s major drought prolonged as Smith ripped up the script.

By the time McIlroy reached the 18th green, he looked totally spent and the crowd deflated after his latest near-miss.

McIlroy has won four majors, the last coming at the PGA Championship in 2014, weeks after British fans had roared him to the Open title at Hoylake.

So any suggestion the 33-year-old former world number one cannot get the job done would be churlish in the extreme.

But Sunday felt like a massive opportunity squandered. In the end, McIlroy had to settle for third place behind American Young as his putter went cold.

“I did what I felt like I needed to just apart from capitalising on the easier holes — around the turn, 9, 12, 14. If I had made the birdies there from good positions, it probably would have been a different story.

“But, look, I got beaten by a better player this week. Twenty-under par for four rounds of golf around here is really, really impressive playing, especially to go out and shoot 64 today to get it done.

“The fans were unbelievably supportive, wish I could have given them a little more to cheer about.”

Massive crowds lined the first fairway as McIlroy began his final round at just before 3pm local time, chants of “Rory, Rory” blaring across the parched Old Course.

After opening with four pars, McIlroy seemed in control and the decibel level went up when he birdied the par-five fifth following a superb second shot into the green.

Playing partner Hovland was fading, but McIlroy’s only other birdie arrived on the 10th and by that time the mullet-haired Smith, playing ahead, was unstoppable.

When McIlroy failed to birdie the par-five 14, leaving Smith clear by a shot, the old Claret Jug was slipping from his grasp.

It has been a familiar tale for McIlroy since he held off Phil Mickelson to win the PGA at Valhalla in 2014.

Since then he has been the nearly man. In eight Masters appearances since he has six top-10s and finished runner-up this year. He has had four consecutive US Open top-10s and since winning the British Open has had four top-five finishes.

“So, it’s just a matter of keep knocking on the door, and eventually one will open.” Reuters/DMX