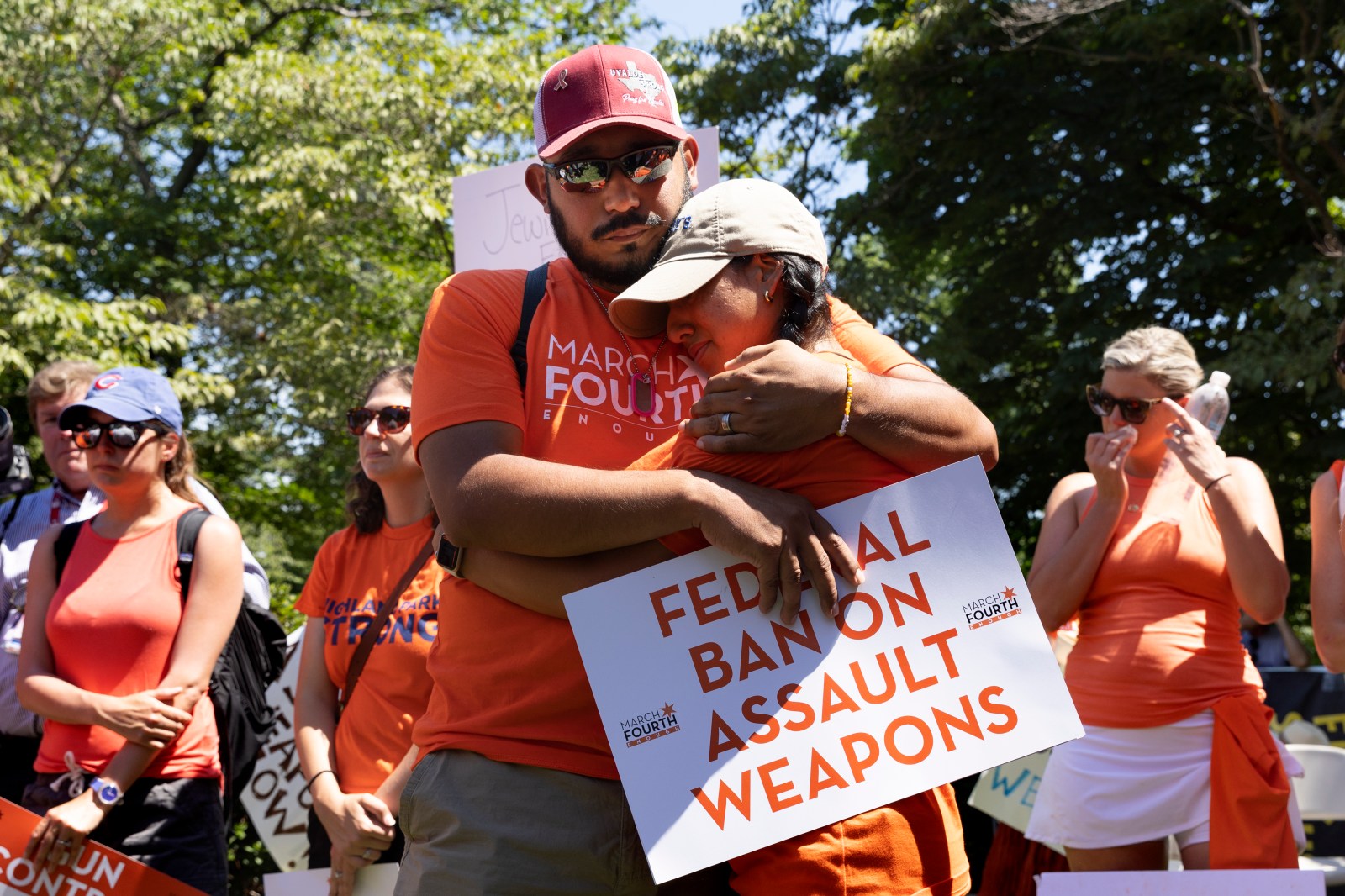 Felix Rubio (L), and Kimberly Rubio (R), hold one another, after telling the story of their daughter Lexi, who was a victim in the mass shooting in Uvalde, Texas; during a rally to demand a ban on assault weapons, on Capitol Hill in Washington, DC, USA, 13 July 2022. Hundreds, from groups consisting of people affected by shootings, in Highland Park, Illinois; Uvalde, Texas; and Buffalo, gathered to demand a federal ban on assault weapons as mass shootings in America continues at a rate higher than any other wealthy or developed nation in the world. EPA-EFE/MICHAEL REYNOLDS

WASHINGTON, July 15 (Reuters) - The U.S. House Judiciary Committee will take up proposed legislation next week that would ban certain assault weapons, the panel said on Friday, citing a string of recent mass shootings across the United States.

The committee will meet on Wednesday to mark up the bill, which “would ban the sale, import, manufacture or transfer of certain semi-automatic weapons,” it said in a statement.

A spate of gun massacres since May at a New York grocery store, a Texas elementary school and an Illinois Independence Day parade have renewed fierce U.S. debate over gun regulations.

“Our country has witnessed senseless killing after senseless killing, and each time one fact has remained remarkably consistent — the weapon of choice for mass slaughter is a high-powered assault weapon,” Committee Chairman U.S. Representative Jerrold Nadler, a New York Democrat, said in a statement that cited AR-15 style firearms.

Representatives for gunmakers could not be immediately reached for comment.

The bill, if enacted, would allow the sales of such weapons that are already lawfully possessed and would not apply to antique, manually-operated or certain hunting and sporting firearms, the panel said.

If the measure passes the committee, House Democratic leaders, who control the chamber, could bring it to the floor for a full vote before sending it to the 50-50 divided Senate, where it needs 60 votes to pass.

“There is great support in our caucus for an assault weapon ban,” House Speaker Nancy Pelosi told reporters on Thursday. U.S. President Joe Biden has also said he supports it.

Biden last month signed a bipartisan gun safety measure into law that included provisions aimed at helping states keep guns out of the hands of people deemed to be a danger, marking the first major U.S. gun reform in three decades.