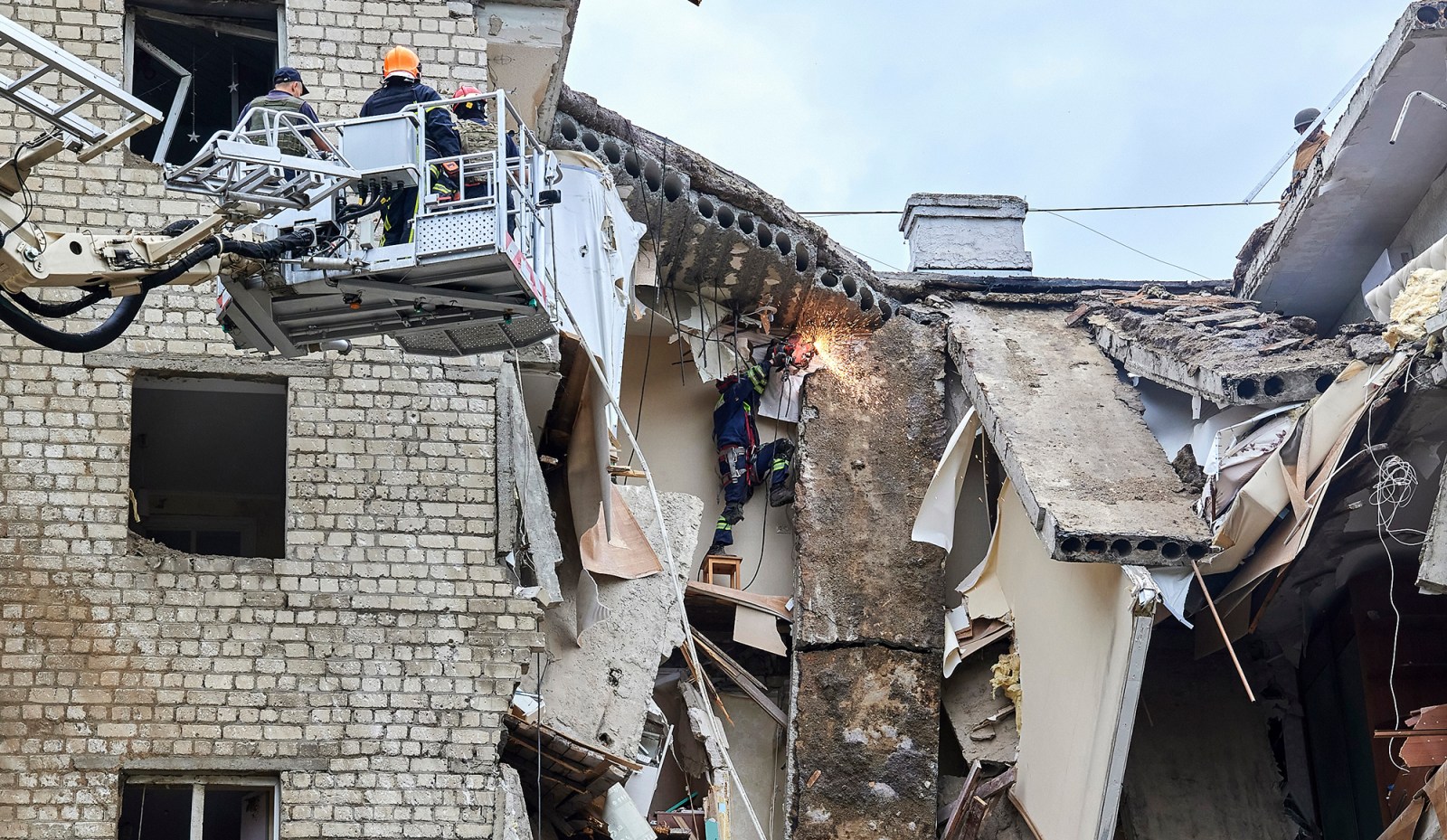 The death toll from a Russian rocket strike on an apartment building in the Donetsk region rose to 43 people, according to Ukraine’s emergency services.

A senior US Treasury official said a proposal being explored by several of the world’s leading economies to cap the price of Russian oil exports would be crucial for preventing another global price spike to about $140 a barrel.

The US cut its outlook for Ukraine’s wheat harvest by two million tonnes as farmers find themselves unable to reap all the grain they planted and the war drags on. The forecast adds to the grim outlook for global food supplies.

Ukrainian rescue workers were still recovering bodies from the debris of the apartment block in Chasiv Yar, according to the State Emergencies Service. So far, 43 people have been confirmed killed. Russian rockets hit the five-storey building near Kramatorsk in Ukraine’s eastern Donetsk region over the weekend, in one of the deadliest such attacks of the war. There are five Russian missile carrier vessels in the Black Sea and one submarine.

The US Department of Agriculture (Usda) trimmed its outlook for Ukraine’s 2022 wheat harvest by two million tonnes in a monthly global crop report.

Despite rising food prices worldwide, Ukraine is now expected to reap 19.5 million tonnes of wheat, about 40% less than the prior season. That’s because of cuts to the harvested area, signalling farmers are unable to collect all the grain they planted last autumn. Usda’s estimate is similar to recent forecasts from Agritel, UkrAgroConsult and the Ukrainian Grain Association.

The delivery of additional equipment to emergency and civilian organisations will include helmets, protective vests, protective suits for mine clearance, gas masks and filters.

Israel has welcomed Ukrainian refugees and condemned Russia’s invasion. But it hasn’t provided military assistance, fearing that Russia, which has a significant military presence in Syria, could respond by shutting down Israel’s battle against Iranian entrenchment in Syria and transferring advanced weapons to Hezbollah in Lebanon.

Putin to meet Raisi, Erdoğan in Iran next week

This will be Putin’s first foreign trip outside the republics of the former Soviet Union since Russia’s February 24 invasion of Ukraine. It was announced after the US warned that Iran is preparing to send Moscow hundreds of drones, including ones capable of carrying weapons. Erdoğan also held separate phone talks on Monday with Putin and Ukrainian President Volodymyr Zelensky to discuss potential measures to allow safe grain exports from Black Sea ports that have been disrupted by the war, causing global food prices to spike.

European Union finance ministers agreed to provide Ukraine with a €1-billion emergency loan to finance urgent needs. The payment is part of a new exceptional macro-financial assistance package of €9-billion that the European Commission has been preparing since mid-May.

The EU decided to push through a portion of the full proposal as a backup plan since the larger package is still stalled.

The EU must start prioritising saving energy this summer in order to avoid industry having to reduce power usage next winter, according to energy commissioner Kadri Simson.

“Pre-emptive saving — not only industry, but also households can change their behaviour — means in the middle of the winter we might avoid a situation where there will need to be curtailment of some industrial sectors,” she said in an interview with Bloomberg Television.

Oil extended losses as a Covid-19 resurgence in China added to concerns about a global economic slowdown, with the International Energy Agency warning the worst of the energy crisis may be ahead. West Texas Intermediate lost around 2% to trade near $102 a barrel.

The market has tightened this year, in part due to upended trade flows from Russia after its invasion of Ukraine.

A global squeeze on energy supplies that has triggered crippling shortages and sent power and fuel prices surging may get worse, according to the head of the International Energy Agency.

“The world has never witnessed such a major energy crisis in terms of its depth and its complexity,” IEA Executive Director Fatih Birol said at a global energy forum in Sydney.

The whole energy system is in turmoil following the February invasion of Ukraine by Russia, at the time the biggest oil and natural gas exporter and a major player in commodities, Birol said.

A senior official spoke to reporters in Tokyo where US Treasury Secretary Janet Yellen has begun a 10-day trip to Asia. At each stop, she’s planning to urge government officials to support the price cap plan. Group of Seven leaders agreed last week to explore the price limit plan.

Backers of the price-cap plan would like to set a limit for Russian oil just high enough to give Moscow an incentive to keep exporting. Estimates have put that in a range of $40-$60 a barrel. Closing the tap on Russian oil completely would also be economically and politically dangerous in a world beset with inflation.