Back to basics at the 2022 National Arts Festival

DAYS OF ARTS IN MAKHANDA

Back to basics at the 2022 National Arts Festival 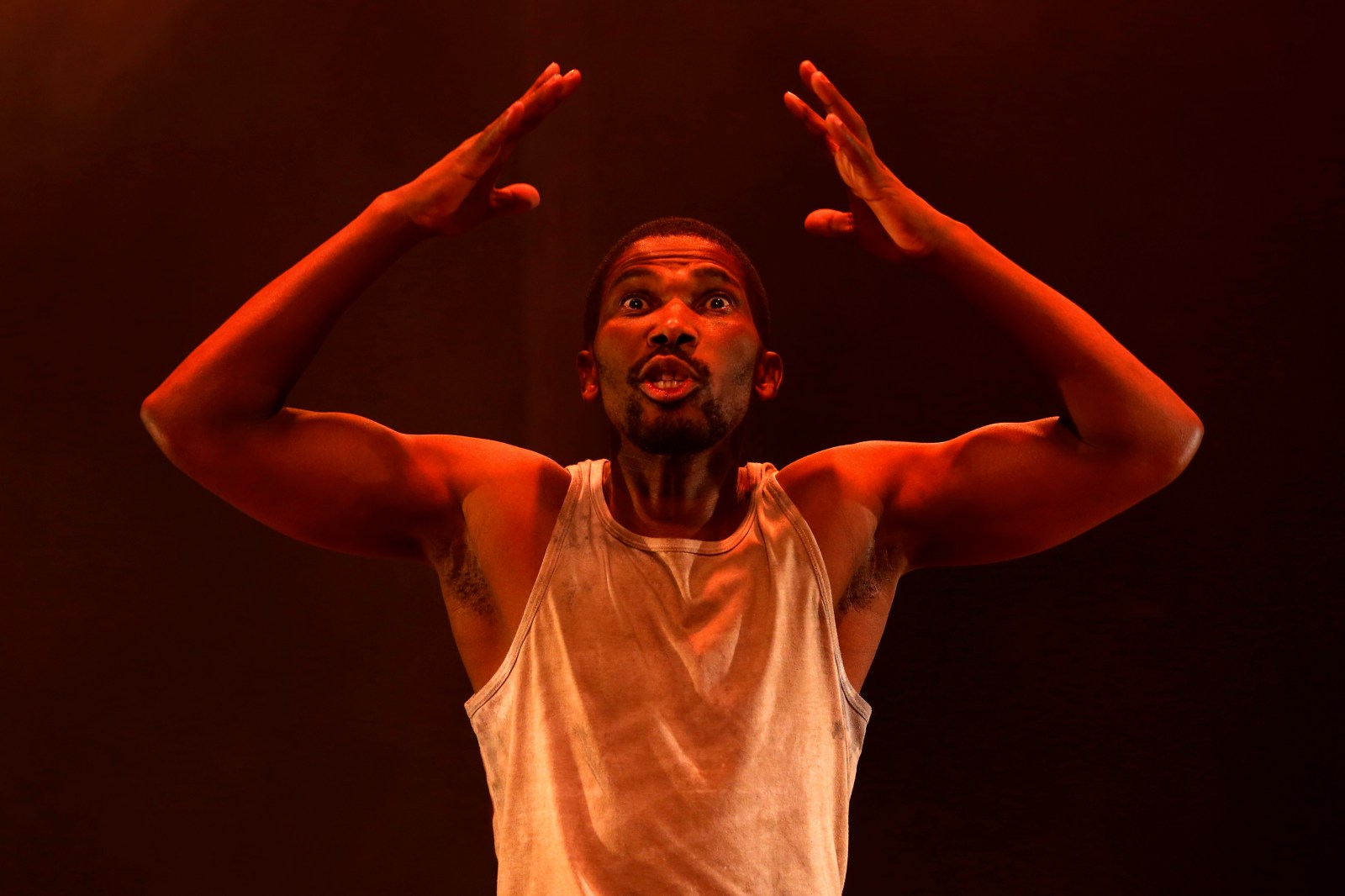 The festival’s first year since the pandemic has been marked by challenges, but still the show goes on.

As it stages the first live shows since the pandemic began, the National Arts Festival has endured with much perseverance amidst major challenges. However, the streamlined programme – with fewer performances at less venues – does not sacrifice the quality of the work on show.

The night before the festival began, the government lifted mask mandates and limits on gatherings. This meant audiences could return to hundred percent capacity as opposed to the planned fifty percent – in place since 2020. However, this was too late for planning purposes, and some nervous audience members kept their masks on.

The festival is also not insulated from the challenges of its location. The effect of the pandemic and management of the Makhanda municipality is palpably evident in the town’s economic downturn. Decades-old restaurants and bars have closed down, and numerous buildings stand empty. Those that were open, were quiet or empty on most evenings. Even the Long Table restaurant – only open during the festival and normally packed to capacity with artists and audience members – was never too full to become unbearable. There are also major water shortages throughout the area.

Additionally, for the first time in history, the festival had to operate at Level-6 loadshedding. This was an unprecedented logistical nightmare with back-to-back power cuts daily for hours on end. To their credit, many scheduled performances were shifted around to be accommodated. Some venues had generators, others soldiered on without electricity while others cancelled shows. Finding a warm meal between performances is also tricky with power cuts – but audiences have been understanding, taking it in their stride.

The festival’s opening days were quiet with smaller audiences and crowds, but this changed toward the second weekend. The usual bombardment of posters was also missing and the Village Green market has scaled down significantly. In many ways, the festival has gone back to basics.

On the whole, audiences seemed excited and thankful that the festival has returned. They however appeared slow to adapt to the new digital system, missing their usual printed program and often complaining about not finding venues. Having to access phones for tickets, considering data costs and the possibilities of phone batteries dying without easily available charging stations – let alone power sometimes – has also been a site of stress. A purely digital system during loadshedding is counter-productive. These are the kind of teething issues the festival will need to work on going forward.

Even though the number of performances was reduced, there was still plenty on offer and it was impossible to catch everything. That being said, an experience of the festival is only measured by the choices one makes to see things. There were many hits, and also many misses.

One of the highlights was Ngqawuse [The Death of A Nation] – Thando’s Doni’s (2021 Standard Bank Young Artist for Theatre) new work about Xhosa prophet Nongqawuse’s fall from grace, is a powerful commentary on colonialism, rife with symbolism that brings the story into the present.

Another great performance, KAK, focuses on inequality, racism and corruption in South Africa, told through people living in a rubbish dump, using song and dance. Drawing on the Black Consciousness Theatre tradition and Maishe Maponya’s poetry collection Truth be Told: Da’s Kak in die Land (there are problems in the country), the performance ends in the spirit of resilience. It highlights those that have been “dumped by apartheid and skipped by democracy”.  The show was created by Josias Dos Moleele and The Market Theatre Laboratory. We need more like this.

Janni Younge’s interpretation of Hamlet was done through puppetry, focusing on the psychological aspects of Shakespeare’s creation. Koleka Putuma’s new work Hullo, Bu-Bye, Koko Come In, fuses her two loves of theatre and poetry, with recitations from her sophomore collections of poems – drawing on history and memory and highlighting the legacies of Black women in the arts.  The Sello Maake kaNcube directed Bloke and His American Bantu – a two-hander about the relationship between Bloke Modisane and Langston Hughes – is conceptually strong, but goes on for too long.

The pandemic provided much content for comedians this year, as evident in Not Safe For Woke by Kagiso KF Mokgadi, whose performance was less about “wokeness” and more about discussing corruption, vaccines and the state of South Africa today.

Undoubtedly one of the most important works at the festival this year is the Marikana Ten Years On Exhibition, which features walkabouts engaging with the miner’s widows, and an extensive programme of talks and discussions.

The best atmosphere at the festival this year was undoubtedly at the National Jazz Festival, which pushed through, despite the loss of sponsor Standard Bank, who pulled out just weeks before the festival began. Funding was found elsewhere and mostly the jazz festival returned to its usual format, but cut down on commercial acts and the number of students it trains.

Notwithstanding, every performance raised the bar of what a music festival should be. Spirits were high as Peddie artist Dumza Maswana brought his traditional music for the opening of the festival. The Eastern Cape Jazz Tribute the next day was invigorating with performances by Andile Yenana (piano), Feya Faku (trumpet), Shane Cooper (bass), Clement Benny (drums) and Phumlani Mtiti (sax).  On separate days new music was presented by saxophonist Mthunzi Mvubu, bassist Benjamin Jephta, pianist Bokani Dyer and the Standard Bank Young Artist for Jazz, guitarist Vuma Levin.

The magnetic energy of the first live jazz festival held since the pandemic began and the first time musicians from across the country could gather was inescapable.

But where the most important work is done is through school students participating in music workshops throughout the week, with jam sessions held at night. They excitedly packed into venues, listening attentively to some of the best musicians in the country. This is a festival tradition that needs to continue. DM/ ML