Doctors Without Borders mobilised to save lives in dead... 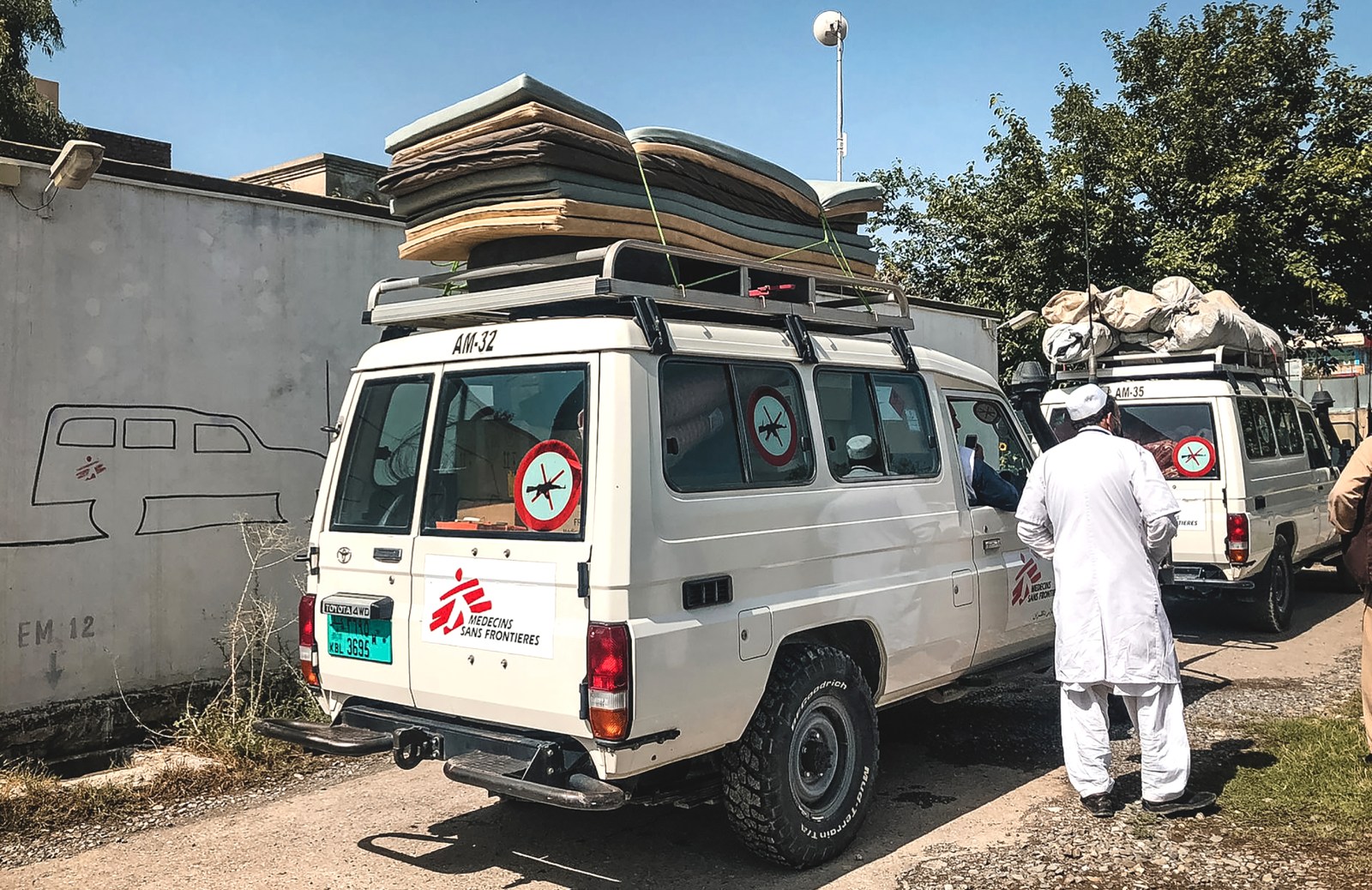 An earthquake with a magnitude of 6.1 struck the provinces of Khost and Paktika in Afghanistan on Wednesday, 22 June. Doctors Without Borders (Médecins Sans Frontières) has since dispatched teams to provide medical and logistical assistance in the worst-affected areas. (Photo: Sarah Laevans) Main

The earthquake that struck the provinces of Khost and Paktika in Afghanistan on Wednesday, 22 June has left hundreds dead and many without homes. Doctors Without Borders has sent medical and logistical staff to assist communities in need.

In the aftermath of the earthquake that struck the provinces of Khost and Paktika in Afghanistan on Wednesday, 22 June, Doctors Without Borders (Médecins Sans Frontières/MSF) has dispatched teams to provide medical and logistical assistance in the worst-affected areas.

The disaster caused hundreds of deaths and widespread infrastructure damage. In the weeks to come, it could see an exacerbation of existing health issues in the region due to damaged water and sanitation facilities, said Gaetan Drossart, operational coordinator for Doctors Without Borders.

The initial earthquake hit in the early hours of Wednesday with a magnitude of 6.1, reported Reuters. It struck about 44km from the city of Khost, capital of Khost province, near the border with Pakistan. It was estimated to have killed 1,000 people, with more than 600 injured.

An aftershock with a magnitude of 4.3 caused further deaths and destruction on Friday, 24 June.

Doctors Without Borders has run projects in Afghanistan for more than 40 years and works with more than 2,500 staff in the region. In response to the most recent crisis, 20 personnel were dispatched to Barmal, in Paktika province, with support from a project team in Khost, according to Drossart.

“In Barmal … MSF has set up a 24-hour eight-bed clinic where patients are stabilised until they can be referred for further care,” said Seipati Moloi, special projects media liaison coordinator for Doctors Without Borders.

The organisation is also supporting outpatient care, with a counsellor providing psychological first aid to survivors.

“Surgical staff and a midwife left Khost on Saturday to further reinforce the team,” said Moloi.

The initial response to the crisis was geared towards trauma injuries, largely caused by collapsing houses during the earthquake. Now, just over a week later, the focus has shifted to primary healthcare stabilisation and prevention of infection, said Drossart.

“In the early days after an earthquake, trauma injuries such as broken bones and wounds are the biggest concern, but now health needs are turning to dehydration and diarrhoea caused by a lack of safe water,” said José Mas, emergency coordinator for Doctors Without Borders.

Drossart confirmed that Doctors Without Borders is monitoring other medical needs that could emerge in the crisis, including measles and acute watery diarrhoea.

“In the past months in Afghanistan, we had actually a lot of reports in different areas of the country of outbreaks of measles, but also outbreaks of acute watery diarrhoea,” he said.

“That’s something that we want to pay attention to, because of the … possible impact of the earthquake on the access to safe water, that could make the problem of diarrhoea all the more important.”

Doctors Without Borders is working to assess whether water infrastructure is still operational in the region, or if water sources have become contaminated. If needed, the organisation will work with other responders to provide temporary solutions to water shortages, said Drossart.

When it comes to meeting the basic health needs of the earthquake-affected population, the Doctors Without Borders team has focused mainly on women.

The population in Afghanistan is largely conservative, said Drossart, especially in remote areas. As such, healthcare facilities must have clearly segregated areas for men and women.

“The problem is that this requires, most of the time, more staff, more space, more resources, and we need also to have within our teams female medical staff, which in the remote areas is more difficult actually to find,” explained Drossart.

“If we don’t have these female… staff to welcome the patients, the women will not come — they will stay home. So, that’s the reason, as MSF, we decided to put a focus [on setting] the conditions to respond to the medical needs of the women in the area.”

The Doctors Without Borders team will leave Barmal in a few weeks, once other health and humanitarian actors are ready to take over interventions in the region. In the meantime, the health facility that they set up functions 24/7.

“[The team members] are very motivated, definitely, to support the population affected by the earthquake, and we are working with all the rest of the MSF team in Afghanistan to organise a rotation of staff,” said Drossart.

The problem of access to functional infrastructure predates the recent earthquake. In the remote areas of Afghanistan, communities often struggle to access healthcare and clean water, said Drossart.

“This is also one of the reasons why there are so many reports of outbreaks of acute watery diarrhoea in the country,” he continued.

“The health system in Afghanistan has been, [for] many, many years, underfunded, under-resourced, and we see that… an earthquake or any other disasters — such as an epidemic, for instance — has much more impact in a country like Afghanistan because of the weaknesses already existing in the health system.”

While Afghanistan is prone to earthquakes, it is also suffering symptoms of climate change, said Drossart. It is undergoing its worst drought in many years.

“All these issues basically impact … heavily [on] a country that is, today, quite vulnerable to respond to the medical needs that are created by all this catastrophe.” DM/MC