ANC taking legal advice after the ousting of Oudtshoorn... 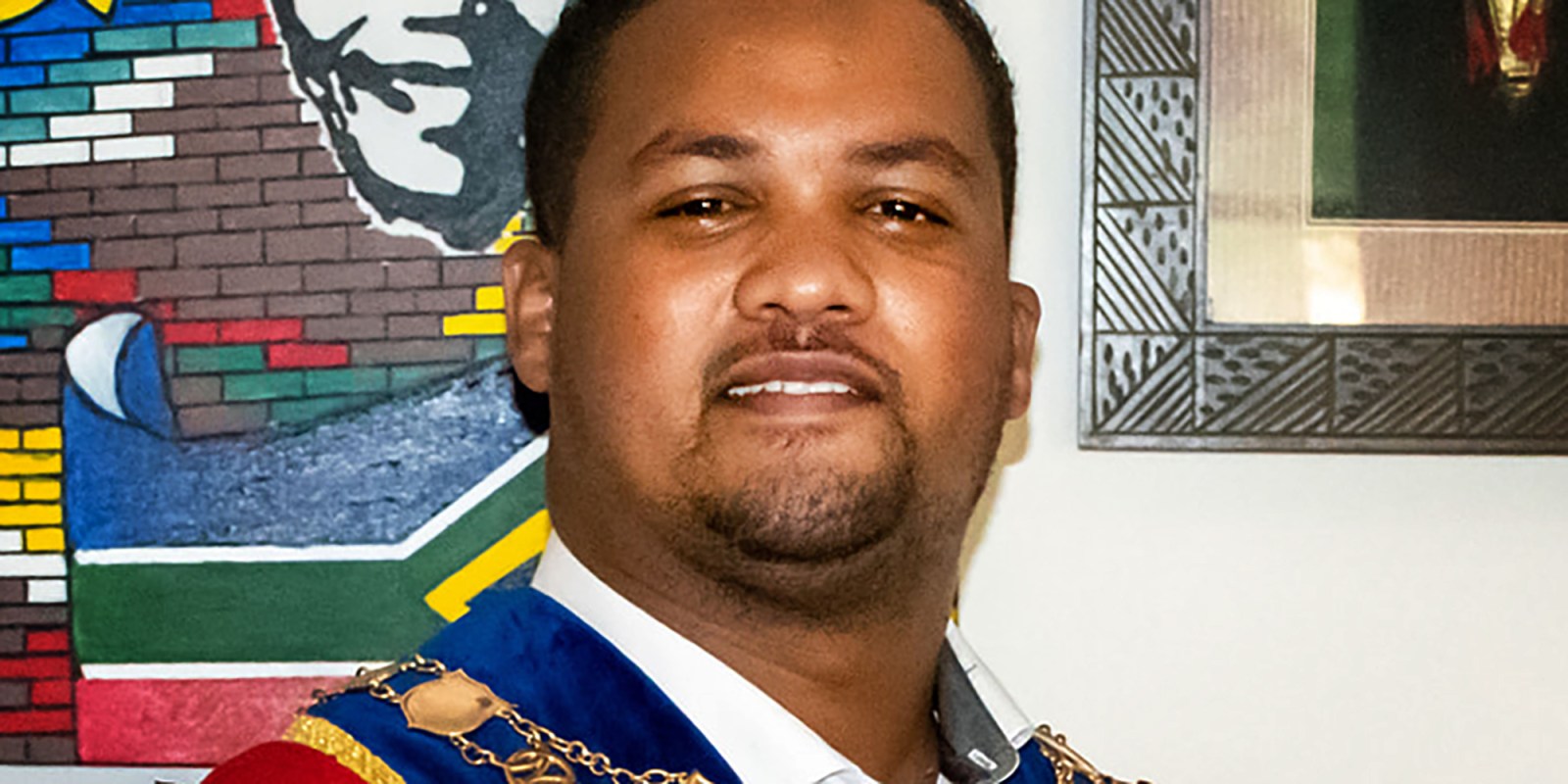 The ANC in the Western Cape is considering its options following the ousting of its mayor, Chad Louw, in Oudtshoorn. At 24, Louw was believed to be the country’s youngest mayor.

Oudtshoorn has a new Democratic Alliance-led council following the removal of ANC mayor Chad Louw. But the ANC says it will be taking legal advice on the matter.

Louw was ousted in a council sitting on Wednesday 29 June, along with his deputy, Leon Campher from the Advieskantoor, and Speaker Colan Sylvester from the Oudtshoorn Gemeenskap Inisatief, during a motion of no confidence.

DA councillor Chris Mcpherson is the municipality’s new mayor, with Mlandeli Nyuka from Suid-Kaap Saamstaan as deputy mayor and Johan Allers from the Freedom Front Plus as speaker.

ANC Western Cape spokesperson Sifiso Mtsweni told Daily Maverick on Thursday that the party was still “engaging” on the matter.

“We can note thus far that the council meeting was not convened by the Speaker as per norm, and therefore at odds with the Municipal Systems Act,” said Mtsweni, adding that the meeting thus ran the risk of “illegality”.

“We are engaging on these latest developments and are taking legal advice on these matters,” said Mtsweni.

In a statement released after the council sitting, DA Western Cape interim leader Tertuis Simmers said the party was “fully confident that the newly elected leadership of the Oudtshoorn Municipality, under the guidance of Mayor Chris Mcpherson, will bring the DA’s proven record of good governance back to Oudtshoorn and its residents”.

In the recently released 2020-2021 local government audit outcomes, Oudtshoorn received an “unqualified with findings” outcome – making it one of seven municipalities in the province that failed to receive a clean audit.

Since the start of the new five-year administration, Oudtshoorn has been governed by a coalition.

After the 2021 municipal elections, the ANC worked with the Patriotic Alliance and Icosa, which allowed Louw to become mayor. Daily Maverick reported that by March, the town had an ANC mayor, Icosa deputy mayor and a GOOD speaker.

However, it was PA councillor Suzane Jansen and deputy mayor Leon Campher who initially put through a motion of no confidence in Louw, citing issues such as an alleged failure to report alleged fraud of R3-million to the council, failure to provide political leadership and failure to address service delivery issues, according to the Oudtshoorn Courant. This was put on the agenda for Wednesday’s council meeting.

According to the Oudtshoorn Courant, the majority alliance in the town council now consists of the DA, Icosa, Freedom Front Plus and Suid-Kaap Saamstaan. They have 13 of the 25 council seats.

[For a past look at some of Oudtshoorn’s council situations, read Rebecca Davis’ 2015 piece: Oudtshoorn: Anatomy of a municipal disaster]

During the council sitting, the DA’s Anel Berry was elected the new chief whip of the Oudtshoorn council.

About the claims made by the ANC, Simmers told Daily Maverick: “The negotiations to bring stability in the Oudtshoorn council stretched over some weeks, and I am not aware of any reason to question compliance with all relevant legislation and regulations and rules of order…

“I am also not aware of any procedural challenge relating to the removal of the ANC executive mayor by a motion of no confidence brought by two smaller parties in council”.

Louw did not respond to Daily Maverick’s calls or messages, but described the events as an “unlawful coup” in an interview with Weekend Argus. DM