Oudtshoorn: Anatomy of a municipal disaster 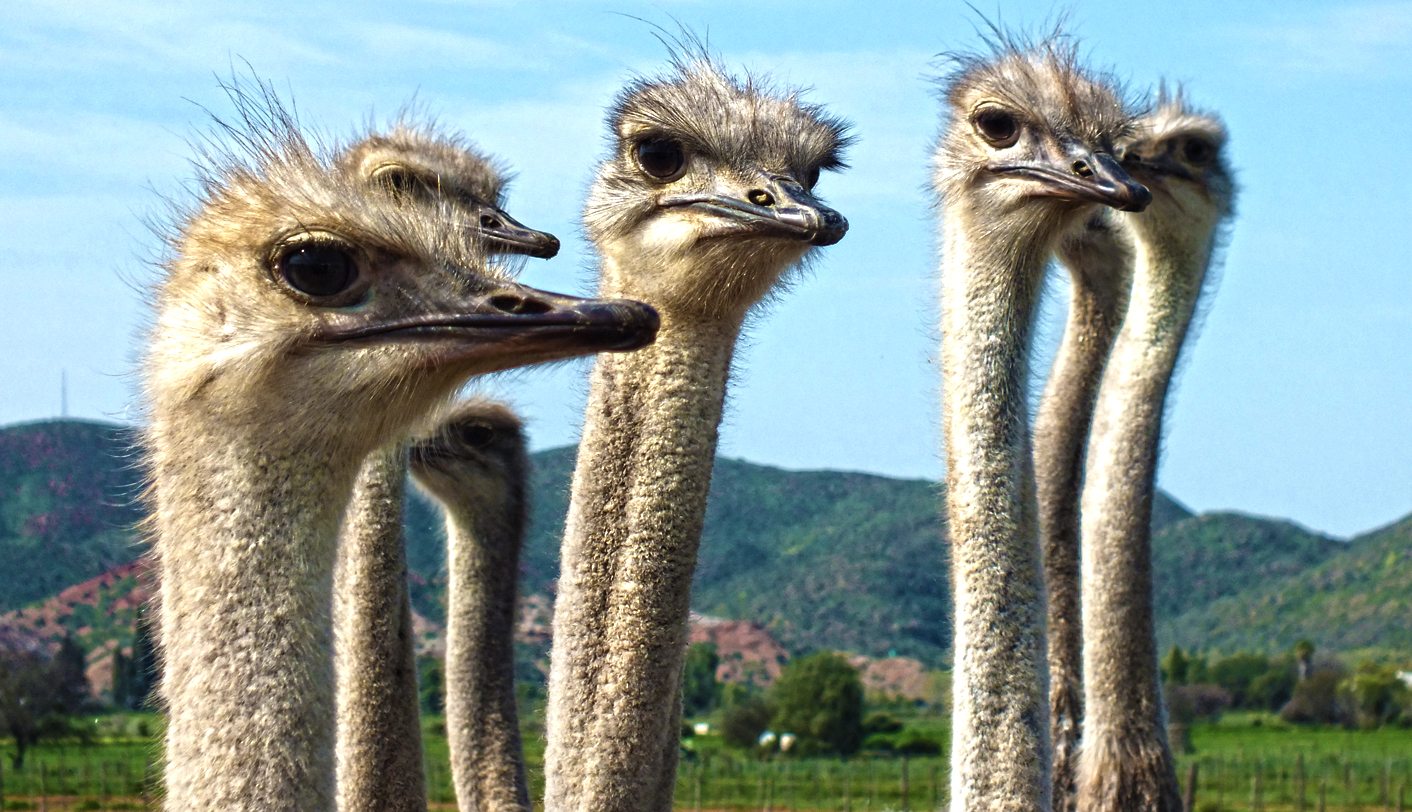 The Western Cape town of Oudtshoorn, previously best known for ostriches and caves, has come to symbolise deep political dysfunction. Claims of corruption, maladministration and in-fighting have dogged the municipality for years. On Tuesday night, matters reached a (new) head when town councillors were held hostage by angry townsfolk after failing to approve the municipal budget. Pravin Gordhan, take the wheel. By REBECCA DAVIS.

Oudtshoorn is a byword for municipal trouble. The problems range from a council which just isn’t functioning, to the pollution of the local water supply. Eskom has threatened to cut off the municipality’s power supply in August if an unpaid bill of over R7 million is not settled. Financial maladministration dogs the area’s most lucrative tourist attraction, the Cango Caves.

Little wonder that Outdshoorn residents have had it in the neck. This week, it was reported that town councillors were “held hostage” in council chambers after they failed to approve the municipality’s budget for the third time in two months.

EWN reported that about half the councillors who did not manage to flee the chamber were held hostage for almost two hours, with one councillor allegedly slapped. Onlookers in the public gallery apparently became enraged by the failure to vote through the budget, with the DA voting against it and ANC abstaining.

The incident has become typical of a town council paralysed by infighting. At the heart of the matter is a seemingly intractable political tussle for control over the municipality.

In May 2013, the DA seized control of the ANC-run municipality after five ANC councillors voted with the DA in a motion of no confidence in the speaker, mayor and deputy mayor of the municipality. In September 2013 the Western Cape High Court subsequently ruled that the DA’s ‘takeover’ of the Oudtshoorn municipality in this manner was illegitimate. In the previous month, however, by-elections had handed the DA a council majority in a coalition with Cope.

Subsequent by-elections have also seen the ANC receive a drubbing. In May this year, the DA won Ward 7 in Oudtshoorn with 79,3% of the vote. As things stand, the DA continues to hold a council majority on paper, but the ANC (who control 12 seats, thanks to a coalition of their own with smaller parties) has steadfastly refused to relinquish power.

“The ANC-led coalition has refused, firstly, to accept the outcomes of democratic elections in Oudtshoorn, and secondly, has refused to call council meetings where duly processed motions of no confidence can be tabled, so that a DA mayor can be sworn in,” De Lille wrote.

“ANC members and ANC-aligned politicians have alternately refused to hold council meetings; have suspended councillors for no reason; have used public money in litigation purely as a delaying tactic; have allegedly offered inducements to other councillors in exchange for votes; and have ignored court orders.”

De Lille’s letter appears to have had no visible effect. On the other side of the political spectrum, ANC Western Cape leader Marius Fransman has accused the council of being “held at ransom”, and suggested that the council may need to be dissolved.

Amidst the effective inability of the council to perform its work, politicians from all sides have finally began to plead with national government to intervene.

In early June, a letter signed by all the DA councillors in the municipality and seven out of the 10 ANC councillors called for the adoption of a “Support and Good Governance” package proposed by Co-operative Governance and Traditional Affairs Minister Pravin Gordhan and the Western Cape’s local government MEC Anton Bredell.

The letter stated that the councillors’ concern for the state of the municipality transcended their party affiliations.

Gordhan had written to the municipality in March to propose the support and good governance package, which the municipality subsequently failed to adopt. Such a package would include the appointment of an experienced municipal manager, and would also seek to resolve outstanding legal matters affecting municipal operations.

In the wake of the June letter from councillors calling for the package, Gordhan praised the “maturity of political leadership displayed by political parties in rising above their political differences”, and indicated that he would be visiting Outdshoorn soon to discuss the implementation of government support.

Judging by Tuesday’s events, that support can’t come soon enough. Following the council fracas, both the ANC and the DA-led provincial government put out statements invoking the healing power of Gordhan.

ANC Western Cape local government spokesperson Richard Dyanti called on councillors to work with Gordhan “to ensure the rescue package put together for the Little Karoo town is put in motion to work optimally for the people”.

Western Cape MEC Bredell, meanwhile, noted “with concern” the “continued instability” in the Oudtshoorn council, and said that he remained in “continuous consultation” with Minister Gordhan.

With problems like Oudtshoorn on his plate now as COGTA Minister, one wonders if Gordhan occasionally thinks back fondly to his days in the Finance portfolio. DM