Food inflation relief is within sight as crops and crud... 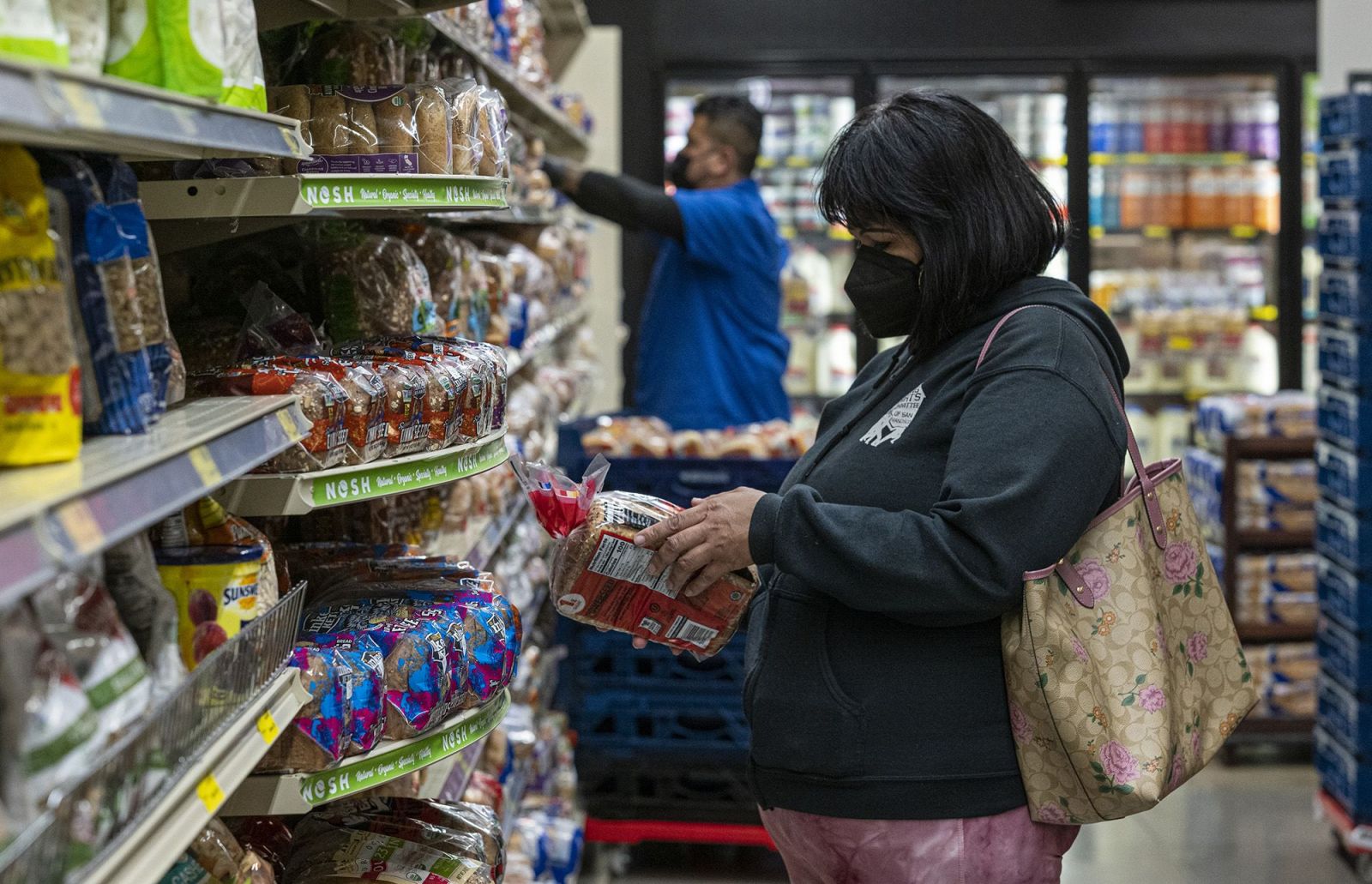 A shopper checks a loaf of bread in a grocery store in San Francisco, California. (Photo: David Paul Morris/Bloomberg)

Runaway food inflation may be tamed soon – at least temporarily – as farm commodities tumble after a surge that pushed up prices of everything from bread to chicken wings.

Four months after Russia’s invasion of Ukraine upended trade flows and sent futures soaring, fear of grain shortages is giving way to optimism that key producers will reap harvests large enough to help replenish war-pinched reserves. That’s critical for the wheat needed to feed the world; the maize to nourish pigs, chicken and cattle; and the oilseeds to process food.

“Supply may not be as impaired as we think because other areas will compensate for any losses from Ukraine, and it is happening across the board,” said Marc Ostwald, global strategist at ADM Investor Services in London.

Australia, one of the biggest wheat exporters, is forecast to produce another huge crop this year, while Brazil’s biggest-growing area has so much maize it’s piling up outside bins. Nervousness in North America that spring weather woes would significantly cut grain and soybean acreage has abated.

The Bloomberg Agriculture Spot Subindex is on track for its biggest monthly drop since 2011. Along with easing concerns about dwindling grain and oilseed reserves, worries that an economic slump could slash demand also knocked soaring crop futures down from recent highs. While such changes can take time to reach grocery shelves, chicken and beef prices are cooling a bit, according to Darden Restaurants, owner of the Olive Garden and LongHorn Steakhouse chains.

Fuel pump prices also will play a big part in determining the course of food inflation for the remainder of this year. Supermarket bills are expected to “moderate over the next six months, particularly if energy prices fall”, said Joe Glauber, former chief economist at the US Department of Agriculture.

As of June 24, the average US daily price of a gallon of petrol had declined for 10 straight days after climbing to some of the highest on record. Crude oil futures are down more than 10% from a near all-time high in the days following Russia’s late February attack on Ukraine, one of the world’s top grain and vegetable-oil shippers. Fertiliser, a key expense for farmers, has retreated after surging to records.

The United Nations’ food price index pulled back from a record high in March after the war choked exports from Ukraine and triggered a raft of sanctions on Russia. Still, even if reduced rates of increase continue, high prices for food likely will continue pressuring the needy. A US government forecast released last week estimates that food prices across the board will climb as much as 8.5% this year, though the report didn’t account for the recent drop in agriculture futures.

Further, Goldman Sachs Group, among the more bullish commodity-watchers, said prices haven’t topped out yet, even with Bloomberg’s broad index of spot commodities declining about 13% from a record.

“We agree that when the economy is in a recession for long enough, commodity demand falls and hence prices fall,” analysts, including Jeffrey Currie, wrote in a note. “We are not yet at that state, with economic growth and end-user demand simply slowing, not falling outright.”

Wheat and soybean futures have fallen about 15% this month, while maize has dropped 13%. Coffee, sugar and cocoa also have pulled back. High dairy prices probably peaked in the second quarter and will start to retreat through the rest of the year, according to a Rabobank report.

In China, food is more of a national-security issue than an inflation concern. As grain and cooking-oil costs cool off, June consumer-price growth is expected to be less than 2.5% from last year, said Zhaopeng Xing, a Shanghai-based senior China strategist at ANZ Bank China Co.

It’s still too early, though, to call an end to food inflation, given the uncertain outlook for grain supplies from Ukraine, India and other major exporters, he said.

Palm oil, the world’s most-used vegetable oil, has plunged about 30% from its peak as top shipper Indonesia ramps up exports to reduce bloated stockpiles. The nosedive, along with a drop in soybean oil and similar commodities, could portend cheaper household items such as chocolate, margarine and shampoo. But, as with other crop markets, any sign of supply disruption or bad weather could trigger another red-hot rally.

For now, the drop in key commodities may allow for a much-needed pause in inflation.

“Markets would really love to be able to breathe less stressfully again,” said Arnaldo Correa, partner at Archer Consulting in Sao Paulo. “Light a candle for your guardian angel, and let’s see how things will play out.” BM